The floating island can be outfitted to accommodate both port terminal facilities, fuel bunkerage and airstrips, raising all sorts of interesting new logistical capabilities. For instance, this air-sea port would be able to be shifted towards disaster zones, with airplanes loading humanitarian relief for quick delivery inland. che at lt.cjdby.net
SHARE

This CGI shows one of JDG’s floating islands, which is likely the largest 120m X 900M configuration. The floating island can support both civilian and military missions, including supply, landing aircraft and basing of amphibious vehicles. 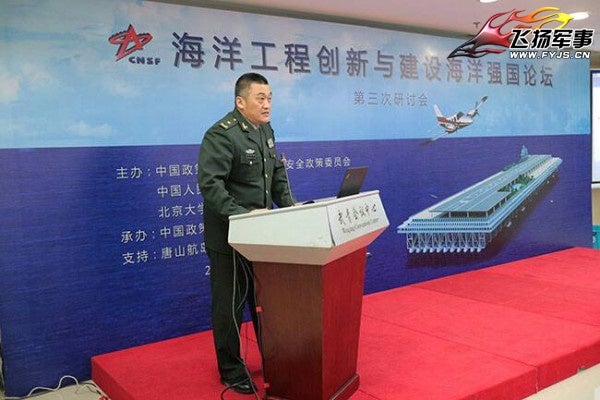 The April 2015 press conference of the Jidong Development Group included interesting guests, like this PLA officer. Considering that the first floating island will be based as a deep sea support project in the South China Sea, the PLA could have dual use interests in JDG’s technology.

The Jidong Development Group (JDG), a construction company, and Hainan Hai Industrial Company (Hai is Mandarin for ocean) are proposing to build a floating sea base for multipurpose usage, such as tourism, shipping, power generation and offshore fossil fuel extraction. The floating sea base would be based in the South China Sea, for logistical support activities. 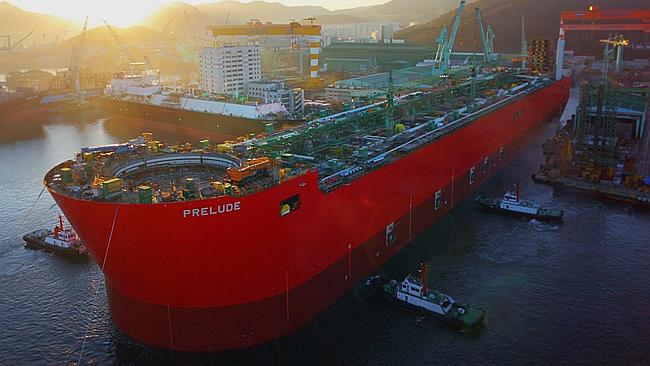 Shell Australia’s Prelude, was built in South Korea and displaces 600,000 tons at full load. It extracts natural gas from undersea fields, and liquifies them to offload for transport by LNG carriers.

Currently, the largest offshore floating platforms are natural gas and oil production facilities, of which Australia Shell’s Prelude is the world’s largest. Built by Samsung Heavy Industries and Technip, the Prelude is 488 meters long, 74 meters wide and has a full displacement of 600,000 tons. The Prelude has a catamaran ship’s double hull and is currently anchored off northwest Australia’s eponymous gas field.

The floating island can be outfitted to accommodate both port terminal facilities, fuel bunkerage and airstrips, raising all sorts of interesting new logistical capabilities. For instance, this air-sea port would be able to be shifted towards disaster zones, with airplanes loading humanitarian relief for quick delivery inland.

The design though would allow the islands to scale much larger, by attaching more semi-submersible hull modules, just like Lego bricks. Despite the large size of the individual modules, the floating islands could be easily assembled in deep offshore waters by linking together modules transported by semi-submersible heavy lift ships from landbased shipyards.

This JDG floating island island is even larger than the currently planned 900m long floating island. With a length of 2 kilometers (the cargo ship alongside it would be around 400 meters long), its large size is made possible by the modular construction of JDG’s shipbuilding technology. The islands can also travel at speeds of up to 18 kilometers an hour. Such giant bases could house battalions of marines and a wing of fighter/attack aircraft, and unlike fixed island bases, they can be redeployed away from enemy missiles.

The technical description of the JDG floating island is a “deep sea support base.” That is, unlike an actual island, they will be mobile. JDG General Manager Wang Yandong said that the islands can move at speeds of up to 18 kilometers an hour. The floating islands could serve as an offshore wind farm, oil production and as a rapidly deployable offshore port. While JDG has mentioned the island’s potential as sea mobile resorts to move between northern Bohai Bay in the summer and tropical Hainan during winter, the presence of a PLA officer at the JDG press conference raises interesting questions about future military interests in the JDG’s floating islands. 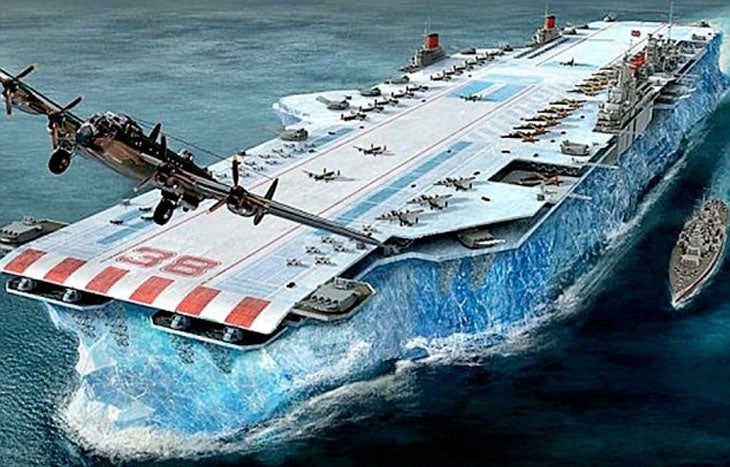 Floating island plans in war have ranged from the Royal Navy’s Project Habbukak, a massive ice and concrete aircraft carrier built in prototype in World War II, to US Navy’s Joint Mobile Offshore Base plan in the early 2000s, of which studies called for being able to accommodate a 1.5 mile long airstrip. The goal of such programs is that a mobile floating island could carry many times more aircraft and soldiers than a carrier or amphibious assault group. An additional military advantage to China’s modular floating island design is that its large size and compartmentalized construction would make it very difficult to sink (an opponent would have to strike a large number of the modules to compromise the island’s seaworthiness). 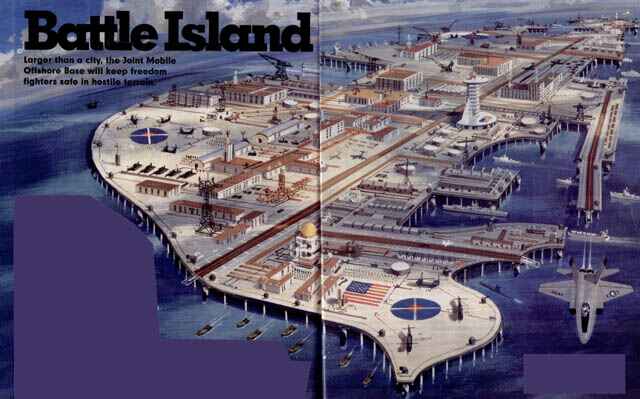 The JMOB was an American proposal in the mid 2000s to use 300m by 150m steel/concrete floating modules to build large ocean going bases. The JMOB was intended to replace bases in places such as Saudi Arabia and Japan, though most JMOB configurations would be much smaller than this maxed out version.

For China, a floating island airbase, besides obvious deployments to disputed islands, could be a new kind of tool for global military projection, notably addressing one of China’s strategic weaknesses compared to the US, its dearth of foreign military bases. In the near future, China could stage anti-piracy missions and humanitarian relief from well stocked floating islands. More forceful uses of floating islands could be temporary or permanent deployments off the waters of potential battlefields.

Thanks to: Hongjian, Jeff Head and Henri K.