Old weapons don’t fade away, they just get repurposed 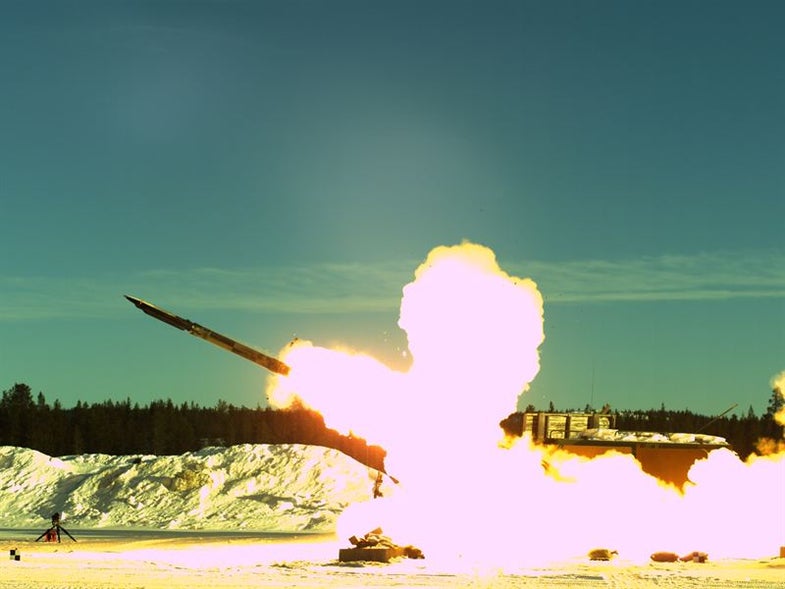 There is a certain order to the universe of war: soldiers fight, ships sail, and bombs fall from the sky. A new project by Boeing and Saab upends the notion of what bombs can do, turning an old bomb made for airplanes into an artillery weapon launched from the ground. Named the “Ground Launched Small Diameter Bomb” because it is all those things, it’s what happens when defense contractors play with old weapons like LEGOs, mixing and matching old parts to create a new whole.

At the heart of the GLSDB is the bomb itself. Made as a relatively cheap bomb for the United States and its allies, the small diameter bomb weighs 285 pounds, with 72 percent of that weight coming from the explosive warhead itself. The rest includes targeting sensors, like infrared or radar or laser guidance, and wings in a backpack to steer the weapon in its descent.

What Boeing and Saab’s new program does is take this whole bomb, and then stick it on the front of a rocket. The rockets in question are M26 artillery rockets. Used in the first Gulf War, M26 rockets originally carried what’s known as a cluster warhead, where the bomb bursts in air and scatters lots of little bombs over a wide area. But cluster munitions have come under fire for humanitarian concerns, as they risk harming civilians both when fired and when scattered warheads that didn’t detonate explode later, long after the battle. Eighty-nine nations signed the Convention on Cluster Munitions banning their use, and while the United States is not one of them, Saab’s home country (Sweden) ratified the convention.

The Ground Launched Small Diameter Bomb replaces the warhead on the M26 rocket with a single guided explosive, but still uses the rocket’s range and speed to quickly fire back at enemies at far range. By switching out the warhead, Boeing and Saab salvage an otherwise junked weapon and give it a new purpose. Yay, humanitarian victory?

This week the companies announced the successful completion of three tests, with a possible delivery date as early as 2017.

Watch a Boeing video about it below: