The study confirms "the existence of an offensive biological warfare research programme in Nazi Germany." 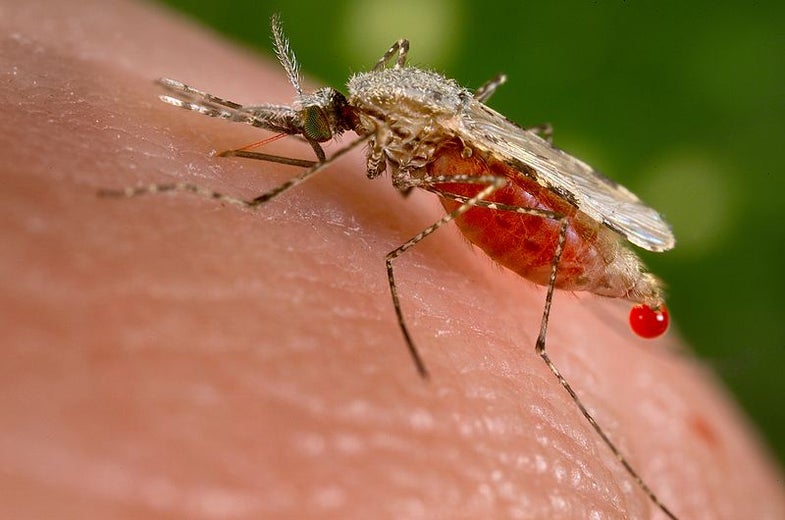 An Anopheles stephensi mosquito, which can spread malaria. CDC
SHARE

In January of 1942, Heinrich Himmler ordered the opening of an entomological laboratory in the Dachau concentration camp in southeastern Germany. But why? The stated purpose of the institute was to study pests such as lice and fleas that were causing problems for German soldiers. But a new study into the history of the institute shows that much more went on there.

Writing in the journal Endeavor, Tübingen University scientist Klaus Reinhardt suggests that the institute did research to see if mosquitoes could be used to spread diseases, perhaps malaria, to enemy troops. Letters from the group’s lead scientist, Eduard May, confirm for the first time “the existence of an offensive biological warfare research programme in Nazi Germany,” Reinhardt writes.

In a progress report dated 23 September 1944 and marked ‘secret’, May mentioned Anopheles [a genus of mosquito] research being carried out ‘in order to clarify the question whether an artificial mass infection of the malaria parasite on to humans is possible and how one can counter an action that aims at such mass infection. It is anticipated to extend these investigations also to other questions that fall under the area of biological warfare and that concern insects that inflict harm to humans.’

This is significant, since “Hitler repeatedly and strictly ordered that biological weapons should not be used, even for defensive purposes.” However, he also order “extreme” efforts into defense from biological weapons, which may have “left the door open for those authorities that attempted to circumvent Hitler’s biological weapons ban,” Reinhardt wrote.

May’s research focused on, amongst other things, how to keep mosquitoes alive for several days without food or water, and thus their suitability for use as biological weapons to be dropped from planes, according to a release describing the study.