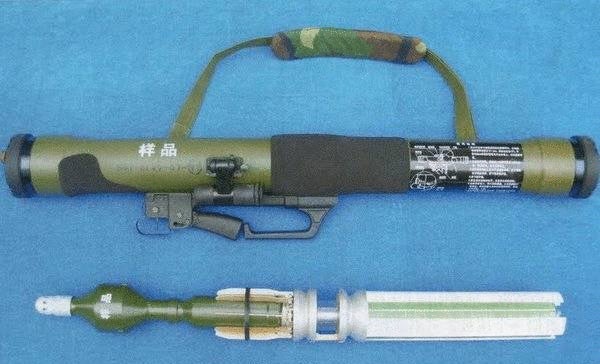 It’s not often that a military advertises a weapon on what it doesn’t do, but at the Africa Aerospace and Defence exposition in Pretoria, South Africa, that’s exactly what Chinese arms manufacturer Poly Technologies did. The “Shoulder-Launched Rocket with Low Collateral Damage” is a weapon designed to give troops all the utility of a wall-piercing explosion, with a lot less of the accidental casualty downside.

As advertised, the weapon creates openings for troops to walk through in doors, walls, bunkers, and other sturdy positions, but the blast wave from the rocket is limited to 23 feet, limiting the number of people who are badly hurt when the weapon is fired. It’s an improvement on the DZJ08 design, which is a similar shoulder-mounted rocket launcher, made for fighting in cities, that lacks the collateral-damage reduction. In addition to punching holes in buildings, the weapon is reportedly useful against light vehicles.

This rocket launcher is still explicitly a lethal weapon, but marketing it as low-collateral damage shows an understanding of urban combat, as well as concern for the innocents that may find themselves in city battlefields. In a similar vein, the U.S. Office of Naval Research is developing non-lethal and less-lethal weapons for Marines, after the experience of urban combat in Fallujah taught them that sometimes, a less-deadly weapon is better.