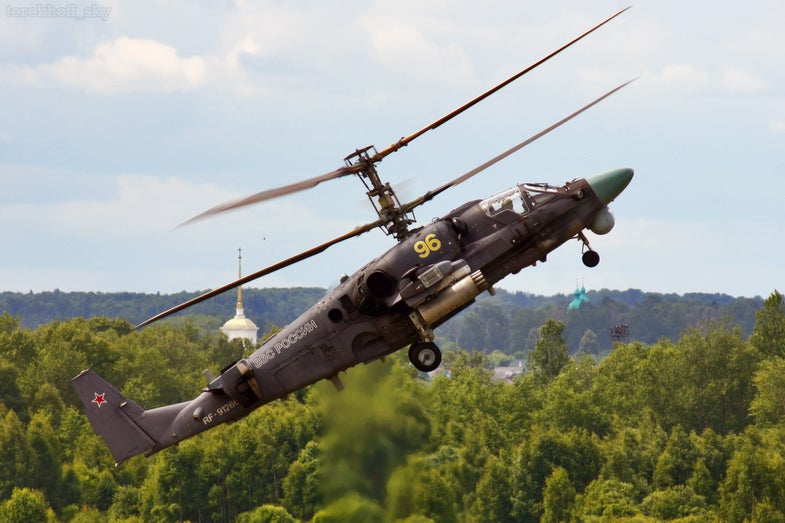 When Russia got two competing designs for an attack helicopter, the country did something very unusual from a U.S. Department of Defense perspective: It adopted one right away. It then sent the other one back with refined requirements, creating two similar but specialized vehicles. The second of these designs, Russia’s brand-new Ka-52 attack helicopters, are set to enter service soon.

The Ka-52 is an adaptation of Russia’s Ka-50 helicopter, in service since at least the 1990s. The Ka-50 is a single seat, close air support vehicle and gunship. The Ka-52’s role is just different enough to warrant a separate vehicle. This one is a two-seater, with more sensors for scouting and flying at night. Where the Ka-50 uses guns and rockets, the Ka-52 uses longer-range guided missiles, giving it a complementary role to its predecessor. Russia’s so confident about the success and utility of the Ka-52 that last year it ordered several for future service aboard amphibious assault ships.

Meanwhile, as the U.S. Army looks to upgrade and replace its aging helicopter fleet, the American military seems to want a one-size-fits-all approach. With the help of NASA and the U.S. Navy, the U.S. Army is looking to develop a new helicopter that can be all things at once: light transport, an attack aircraft, and a faster copter than previously used. Russia’s specialized variations for niche roles seems to be the practical opposite of that approach. Let’s hope they never meet in combat to determine which way is better.