It's the final countdown 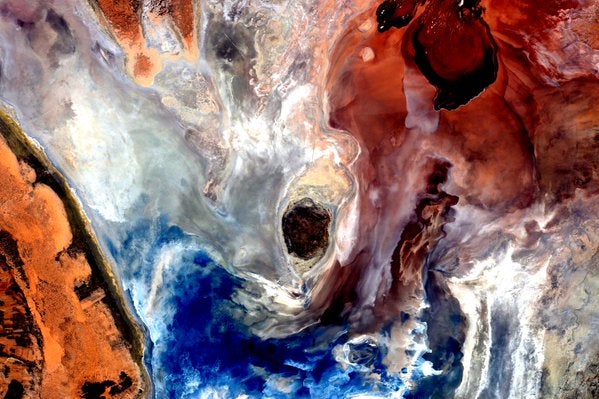 Scott Kelly has been in space for a very long time. He was last on the ground in March of 2015 and won’t set foot back on the ground until March 2 of this year. He’ll depart the ISS on March 1, holding the American record for most cumulative days in space, and unofficially, holding the record for some of the most amazing space photography we’ve seen in a while.

Over his #YearInSpace, Kelly has dazzled us with hundreds of pictures, giving people a new perspective of the world we live on.

The world he showed us was bright with colors, some of which were even bold and beautiful enough that they qualified as #EarthArt.

His pictures showed us how thin and electric our atmosphere is.

How bright our nights can be.

And how even in an age of Instagram and Facebook, the sun rising and setting really never gets old.

He also showed us how far away the moon really is:

Gave us an up-close and personal view of space flight:

And had just about everyone invested in his space gardening project:

Just because Kelly is heading home in March, that doesn’t mean the pictures will stop. Other astronauts will continue posting beautiful pictures of the Earth, including British astronaut Tim Peake, who got a crash course in space photography from Scott Kelly. Peake will be on the space station until June.