We May Need Fewer Haircuts In Space 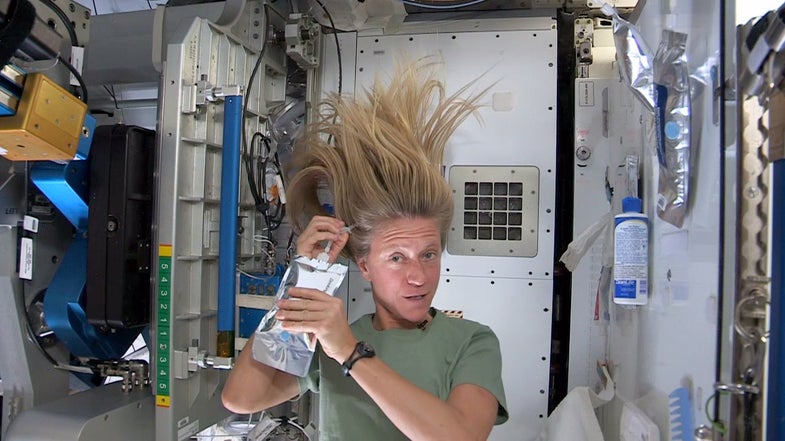 Mary, Mary, quite interplanetary, how do your hair follicles grow?

Slowly, it would seem. A small preliminary study published in PLOS One today suggests that spending time in space may inhibit hair growth.

A lot of things happen to astronauts who spend a lot of time in space. Not all of them good things. Yes, you may come back with an enlightened worldview, but the space environment also weakens muscles and bones, slows the heart, and impairs the immune system. It may also change the way our genes get expressed.

That’s why a team of researchers in Japan is analyzing astronauts’ hair samples. Hair is an easy sample to collect, compared to drawing blood, and the cells at the base of the hair contain clues about what’s going on in an astronaut’s genes.

The scientists analyzed hair strands plucked from 10 astronauts before, during, and after a 6-month stay on the ISS. RNA inside the hair follicle cells told the researchers which genes were active, and how strongly.

The results were somewhat mixed, with lots of variation between astronauts, but overall the data seemed to indicate that spaceflight favors the genes that inhibit hair growth. The findings corroborate mouse studies that indicate hair growth is disrupted in space.

However, if you dream of one day becoming a barber on the moon, no need to give up your dream yet. The study was small and only looked at a handful of genes that might be relevant to hair growth, and this research is only just beginning. A better way to strategy would be to actually measure the hair’s growth rate in space versus on Earth. Too bad that twin astronauts Scott and Mark Kelly are bald.

As an aside, astronauts sometimes do need haircuts on the International Space Station. They use a set of clippers attached to a vacuum device that sucks up trimmed hairs so they don’t fly all over the space station. 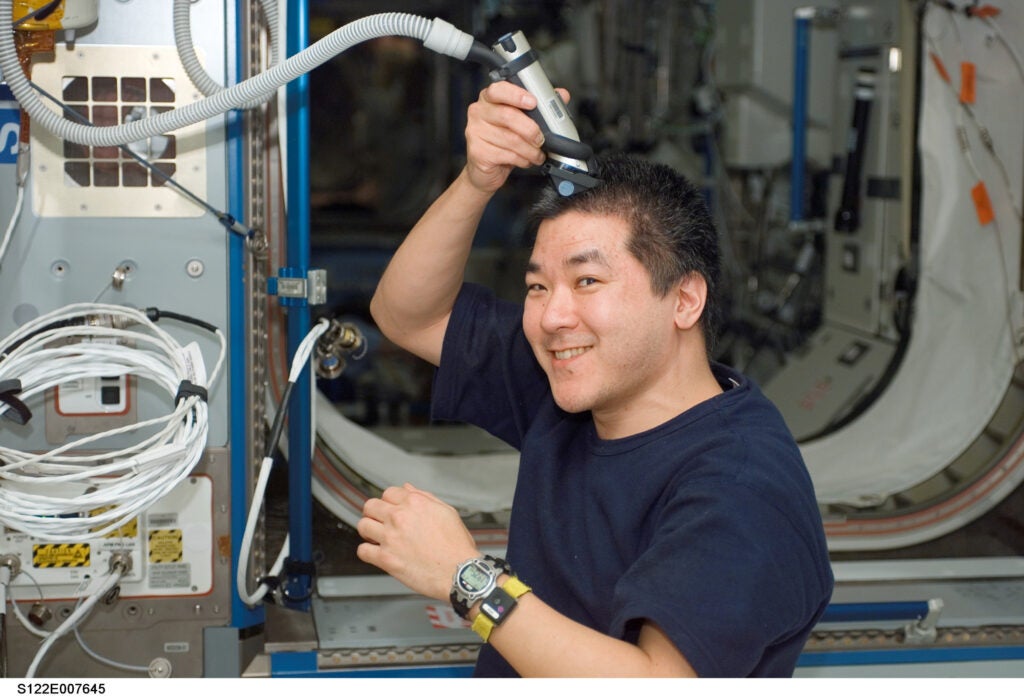 More than just weighing in on astronaut hairstyles, understanding hair growth in space is important because it could be an indicator of an astronaut’s overall health. Changes in your hair’s growth rate may be a sign of vitamin deficiencies, increased stress, or, in some cases, diabetes or a thyroid disease.