Look At These Wild Drone Concepts Airbus Thinks Are The Future

Winners of an international contest 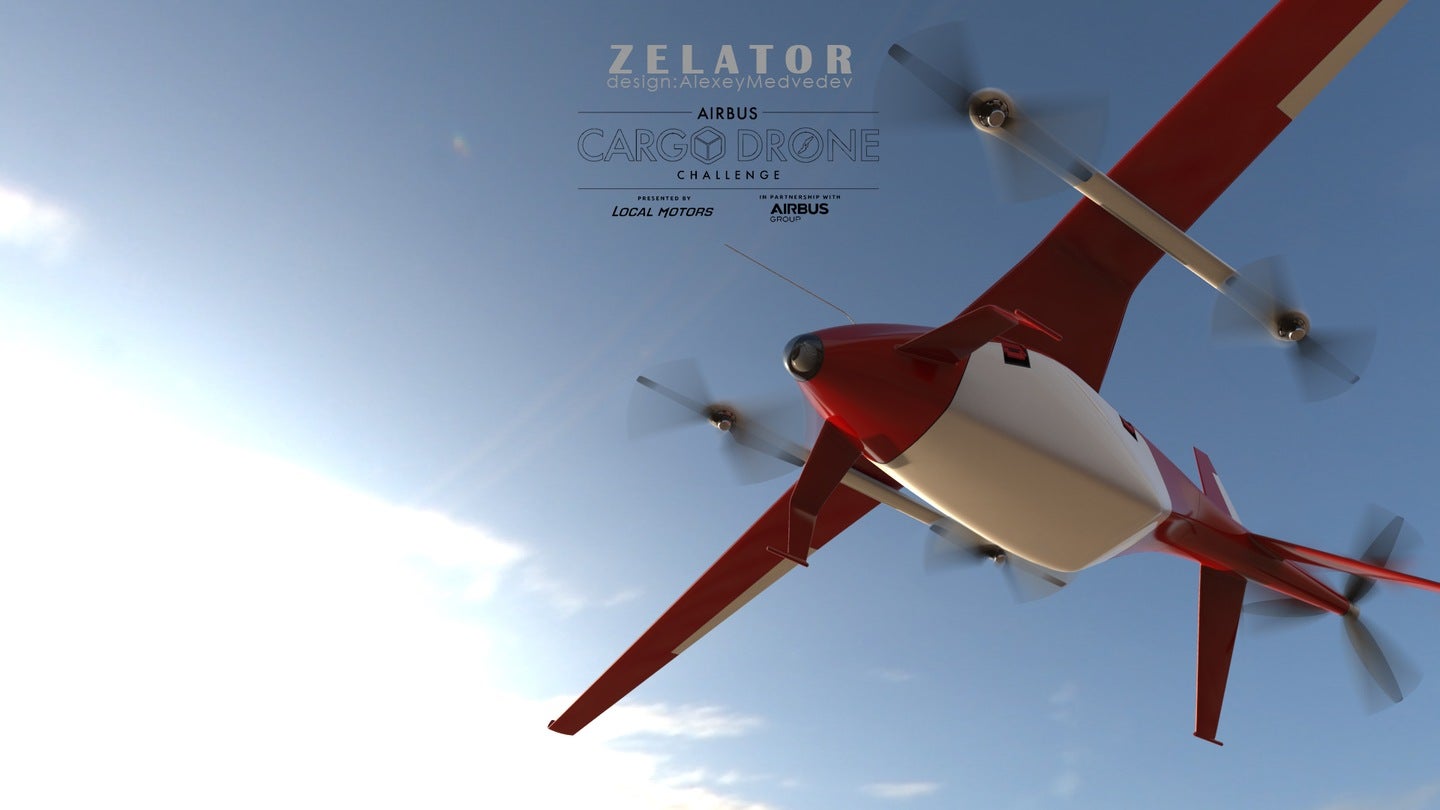 Could crowds design the drone of the future? European aviation giant Airbus and Arizona-based open-source manufacturing company Local Motors held a contest for designers across the world to create a new drone concept. This morning, they announced all the winners.

Check out the Zelator, by Alexey Medvedev of Omsk, Russia, which won first place in the Airbus Main Prize.

The contest, which got underway this spring, ultimately netted 425 submissions.

The drones had a length list of requirements, including a weight below 55 pounds, the ability to take off and land vertically, and a pusher propeller.

There were nine winning designs (three places in each of three categories), and in total they were awarded over $100,000.

The Zelator entry can be viewed here. It features a sleek cargo compartment, a powerful engine for forward thrust in flight, and four smaller rotors to provide vertical lift.

The SkyPac drone designed by Finn Yonkers of North Kingstown, Rhode Island won the cargo category. SkyPac features a versatile tubular body that can fit many different loads for many missions, as designed, including dropping life preservers for sea rescue. Finally, Frédéric Le Sciellour of Pont De L’Arn, France won the community category with his slick Thunderbird design, a very horizontal craft with a hidden storage compartment in the main body.

Watch the announcement video below: