Airbus Introduces A System To Jam Drones Out Of The Sky 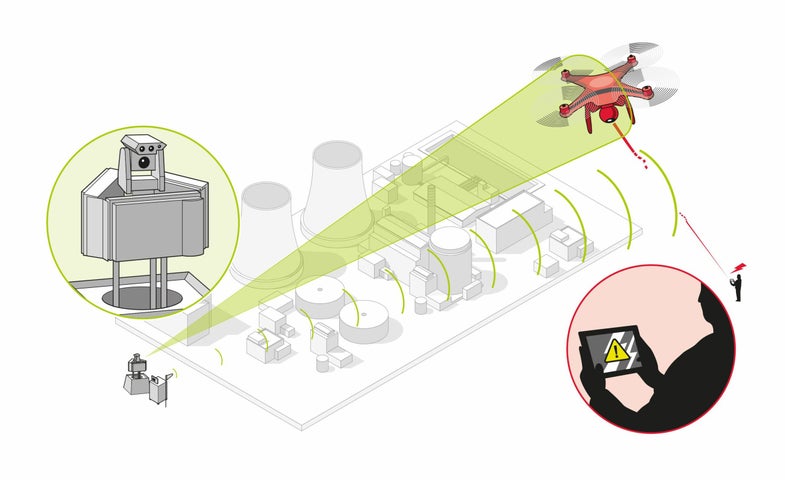 For every cheap flying robot, there is an elaborate, expensive system to counter it. The latest anti-drone tool comes from European aerospace and defense giant Airbus, and promises a high-tech solution to small flying robots. They’re showing off the system at the Consumer Electronics Exposition in Las Vegas, though no word yet on if they’ve caused any nearby drones to crash.

The Airbus system appears similar to one by Italy’s Selex ES, which also tracks drones and then seeks to jam them. For defense companies that already make tracking and jamming technology, bundling them together as an anti-drone tool seems a smart business move. It’s hardly the only way to stop drones, though.

Boeing and others are developing anti-drone lasers, to just destroy the flying machines. Bullets work too, if you’re a marine sniper with great aim or you have a bunch of machine guns and aren’t worried about where the bullets fall. The Battelle DroneDefender combines these approaches, as a rifle-attachment that guards can point at a drone to jam it and send it crashing down. Alternatively, guards could look to South Korea and Tokyo, where they’re testing or, in the latter case, deploying net-carrying drones to catch the tiny robots.

The low cost and flying ability of drones make them an attractive threat to design against, even if the real risks from drones are mostly hypothetical. So far, more planes have hit turtles than drones in the United States, and we haven’t seen an equal rise in anti-turtle countermeasures.