The hunt for bot October 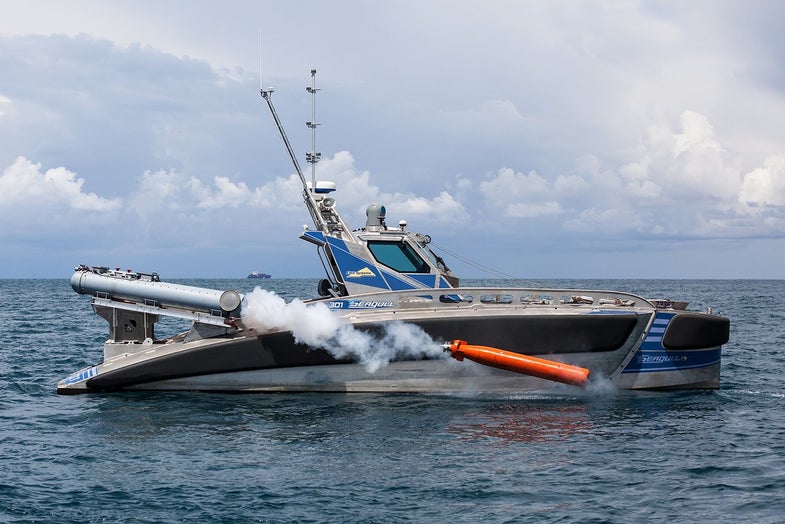 A robotic ship fired a torpedo into the ocean without any humans aboard. Naval battles, for so long the domain of sailors fighting each other and the elements all at once, can now be in part delegated to machines. The vessel responsible is the Seagull Unmanned Surface Vessel, made by Israel’s Elbit Systems. With a splash and a blast, it is leading oceanic warfare into the future.

The Seagull is just 40 feet long, looking at a distance like the meaner cousin to a modest lake-going pleasure craft. It can operate actively for up to four days straight, with some minimal function retained for three more days after that. Elbit bills the Seagull as made for anti-mine warfare, where the autonomous boat can detect, identify, and neutralize hostile explosives placed in the sea. That’s an ideal task for a vessel without people on board.

Two seagulls can be controlled at the same time, and they can carry sonar, letting them peek beneath the ocean. That lets them find mines, and it lets them find submarines, too. With torpedo tubes on board, the Seagull can now reach down and wreck havoc on hostile subs. From Elbit:

Other unmanned sub-hunting vessels exist, like the U.S Navy’s unsubtly named “Sea Hunter,” but Elbit’s Seagull appears to be the first to actually fire torpedoes, showing it could attack the submarines it finds.

That’s bad news for any unfortunate submariners targeted by the Seagull, but given enough time, even the submarines will be uncrewed. The 21st century could be the first to see an autonomous boat fire a guided weapon at an unpeopled submarine, a complete naval battle without a single human in harm’s way.