The world's largest seaplane that isn't in a museum 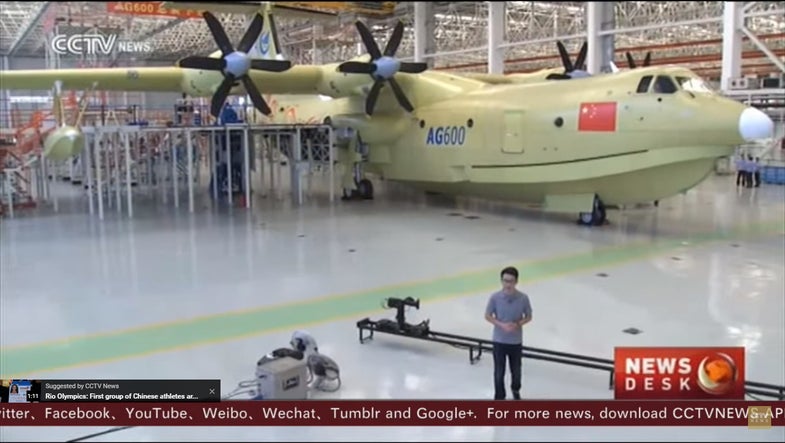 There is more water than there are runways. For places that have access to the sea, or lakes, or large, calm rivers, it might be easier to use a seaplane than building a runway for a plane designed to land on, well, land. China’s state media today announced the completion of the first AG600. It’s the world’s largest functional seaplane and made by China itself.

The interior of China has over 68,000 miles of navigable waterways, and 31,000 square miles of lakes. While not all of that is accessible to a seaplane, and especially not to a particularly large seaplane ( the AG600 has a wingspan of 128 feet and is 121 feet long), flying out cargo from even some of that area, especially if it was previously inaccessible, would be a huge boon for local industry. More likely, it will operate along coasts, supplementing shipping routes and flying to places too small to both dock a boat or build a runway. And if the AG600 takes off in China, there’s a ready-made export market in all the islands of Oceania to China’s south and east.