So far, it's just an idea 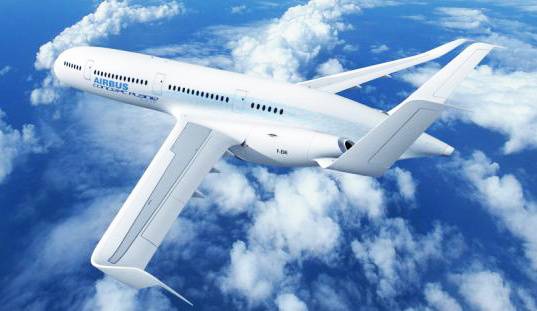 Of all the aviation tech emerging from the Farnborough International Airshow, Airbus’ futurist visions are among the coolest.

The aviation firm unveiled its 2030 Concept Plane earlier this week, which includes dreams of a self-cleaning cabin; extra-long, slim wings; a U-shaped tail; and an intelligent fuselage designed to improve efficiency.

Airbus acknowledges the plane is somewhat a flight of fancy, but it’s worth imagining how aviation would look if advancements in existing technologies “continue apace,” as the company puts it.

Some of the concepts:

“It’s not a real aircraft and all the technologies it features, though feasible, are not likely to come together in the same manner. Here we are stretching our imagination and thinking beyond our usual boundaries,” says Charles Champion, vice president of engineering at Airbus, in a press statement.

Accompanying the concept plane is a futurist document (PDF) that would make Burt Rutan blush. “Futurologist” Robin Mannings envisions planes flying in formation like a flock of geese; flying aircraft carriers used for long-distance flights, which would allow small aircraft to dock; cryo-planes powered by hydrogen; and more.

He even suggests flying cruise ships, complete with casinos and entertainment, which might generate enough revenue to make the tickets free.

Here’s hoping these planes of the future look as cool as this design. 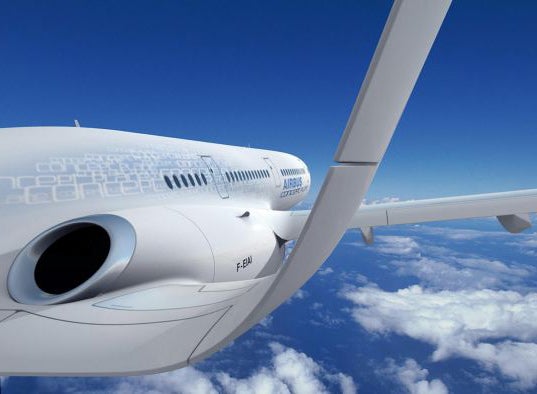 The Airbus concept plane has embedded engines, a U-shaped tail and a smart fuselage intended to improve energy efficiency.