View The Ruins Of Chernobyl By Drone

Dangerous, dirty, but certainly not dull 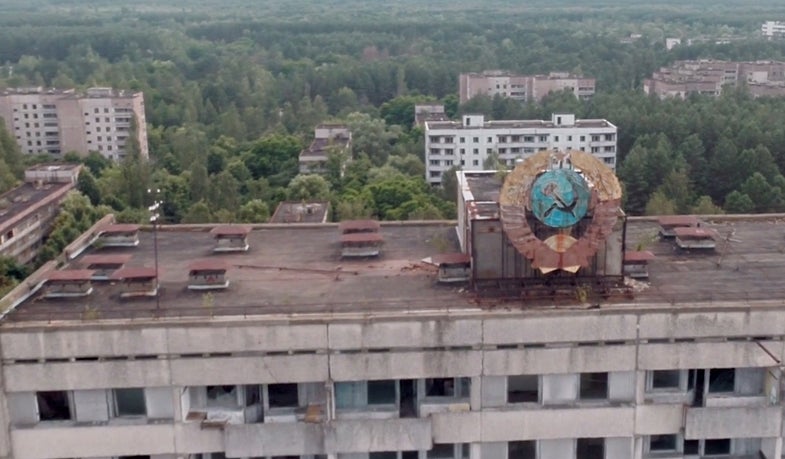 With all the symbolism of man’s hubris turned to dust, in 1986, the nuclear reactor at Chernobyl melted down. The scale of the devastation was vast. A whole town, abandoned, was left to the elements. And in the decades since, the Ukrainian city of Pripyat has become a strange, modern ghost town.

With a drone in hand, a 60 Minutes crew visited the site, capturing the ruins from the ground to the sky.

From above, the drone shows a world not unlike that of the Mayan ruins in the Yucatan peninsula: Towering monuments covered in symbols of formerly powerful rulers, left alone in the green overgrowth of vegetation that simply cannot abide a vacuum.

The 60 Minutes segment for which this drone footage was originally created also focuses on the human efforts to contain the radiation–efforts that are still ongoing after 28 years. These include a giant steel coffin, and a huge arch that will seal the reactor.

Containing nuclear mistakes could be a multi-generational task. Exploring the ruins, even nearly three decades after the disaster, is something best done remotely.