Spearheading a new style of accidents 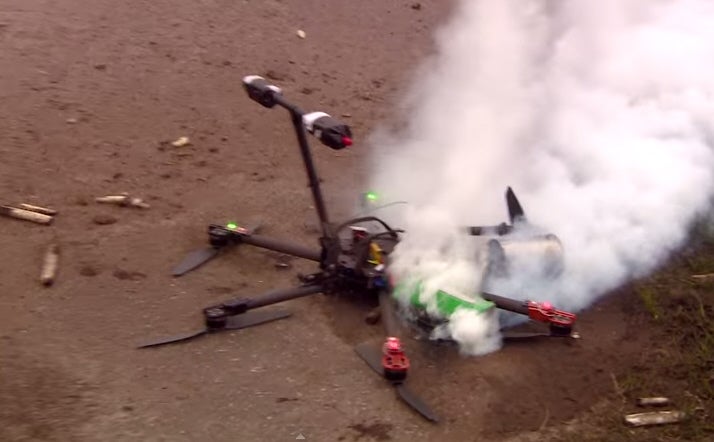 Drones offer a lot of potential for farmers, from shining lights on crops at night to better tracking just how well crops are growing. At an asparagus farm in the Netherlands, some farmers decided to use the drones for a more novel purpose: carrying the crop itself straight to the restaurant. It was supposed to be a cheery gimmick, a unique way to start off the harvesting season. And then the drone caught fire. Watch it burn:

The stunt was meant to garner attention for the De Zwaan restaurant, which apparently has a tradition of flashy entrances for the start of asparagus season. For businesses unrelated to aviation, drones can be quite the gimmick, but not always without peril. Last winter, TGI Fridays flew mistletoe drones over customer’s heads, which attracted extra attention after a drone blade injured a photographer. Perhaps the greatest drone gimmick of all comes from Netflix, which in January 2014 made a video full of explosions, mocking the very essence of gimmick drones. If only De Zwaan had kept up with the droneses.