Play Contact-Free Football, Soccer, And More With This Sports Drone 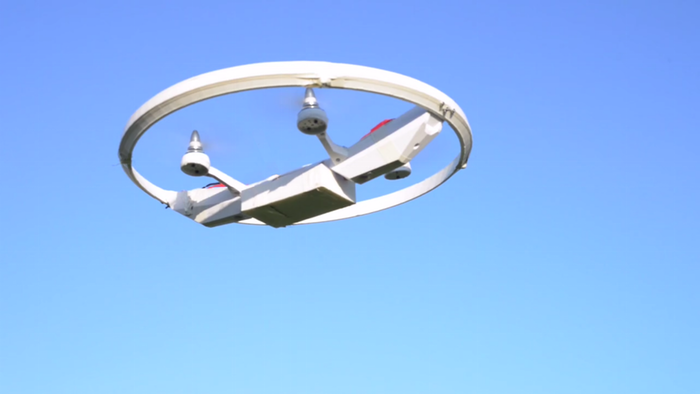 Passersby could easily mistake anyone testing out this new sports drone with some form of mild sorcery. With the wave of a remote-control wand, a player sends the flying white disk backwards through the air. Another player flicks his or her wand in return, “catching” the disk in mid-flight.

While magical, the disk, named “Zyro,” is actually responding to signals sent by the players’ wands, telling it to change direction and soar through a pair of football goal posts. The whole crowdfunded project wants to use drones stand-ins for balls in sport.

As envisioned, Zyro will come with a smartphone app that lets users choose what kind of game they want to play. Examples shown are tennis and soccer, and the software determines the dimensions of the field. Fields can range from a 7-foot square to a full football field, and the app can limit the ceiling of the drone too, letting it fly as high as 25 feet or much lower. The Zyro will know where the virtual walls of the field are, and bounce off of them. 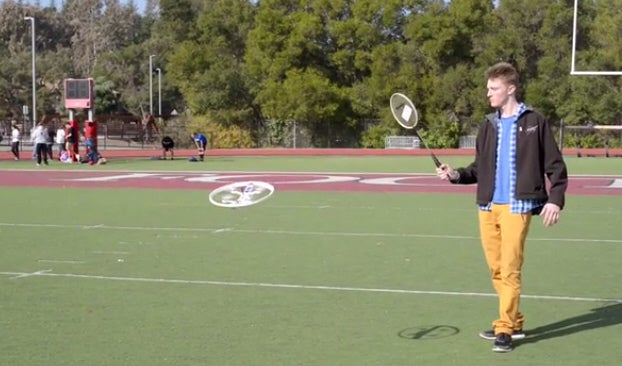 Players swing the wands and send the drone moving as though it were a tennis ball (or soccer ball, or whichever set of game physics the drone is responding to at the moment). It’s also possible for people to attach the wand controls to another, non-Zyro drone, so the sport can become something like a contact-free drone version of air hockey, where the zyro bounces like a puck between two drones that act like paddles.

With 17 days to go on its Kickstarter campaign, Zyro has raised less that $1,200 of the $50,000 it’s seeking. Backers at the highest tier can get, for $2,500, a set of wands for people, a set of wands for drones, a Zyro, and access to developer tools, so that they can make more games that take advantage of Zyro’s design.

The ability to create small virtual fences for a recreational drone is really neat. If the project doesn’t do well, I’d expect that feature alone to appear in some form or another sometime soon.