A new app called Plot Guru lets you challenge your friends to a trivia game based on your favorite shows. Plot Guru
SHARE

While Netflix allows you to binge watch your favorite shows however often you want, a new app called Plot Guru wants to be your Netflix companion app: a way to showcase your trivia knowledge of your favorite shows and movies while competing alongside friends and strangers. Since you already (think you) know everything about “Breaking Bad,” “The Office,” or whatever your go-to binge show is, why not prove it?

Plot Guru is, essentially, a quiz app about trivia. It’s a simple user interface that asks multiple choice questions having to do with plot, characters, and general show-related trivia while you binge from your couch. The app just launched November 2, but it already has 17 shows and 2,000 users and while it’s iOS/iPhone only, it has plans (and thousands of signups) for an Android version in early 2016. 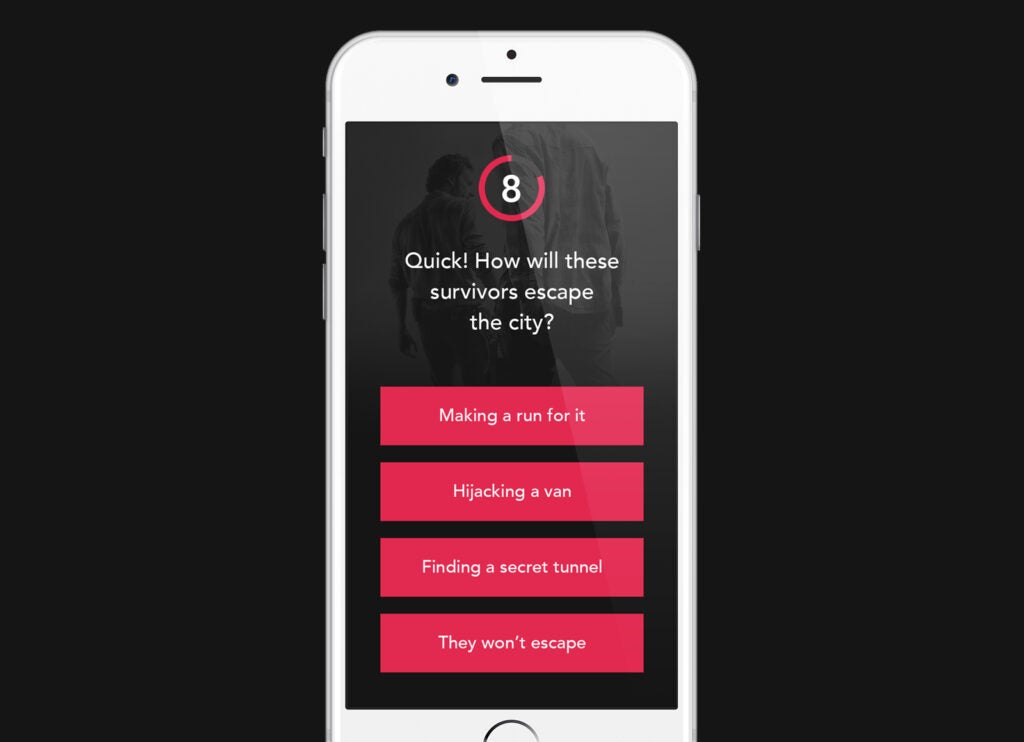 However, the app’s creators aren’t looking to become just another Trivial Pursuit-type game, nor are they planning to limit the app to just one or two shows. Not in the long run.

We’ve all seen trivia games based on cult classic shows, and the shear abundance of “which X character are you?” and “how well do you know X?” quizzes gobbling page views on the internet definitely confirms the presence of a market. But instead of focusing on one show, Plot Guru plans to cover any and every show, movie, and eventually live event that it can. 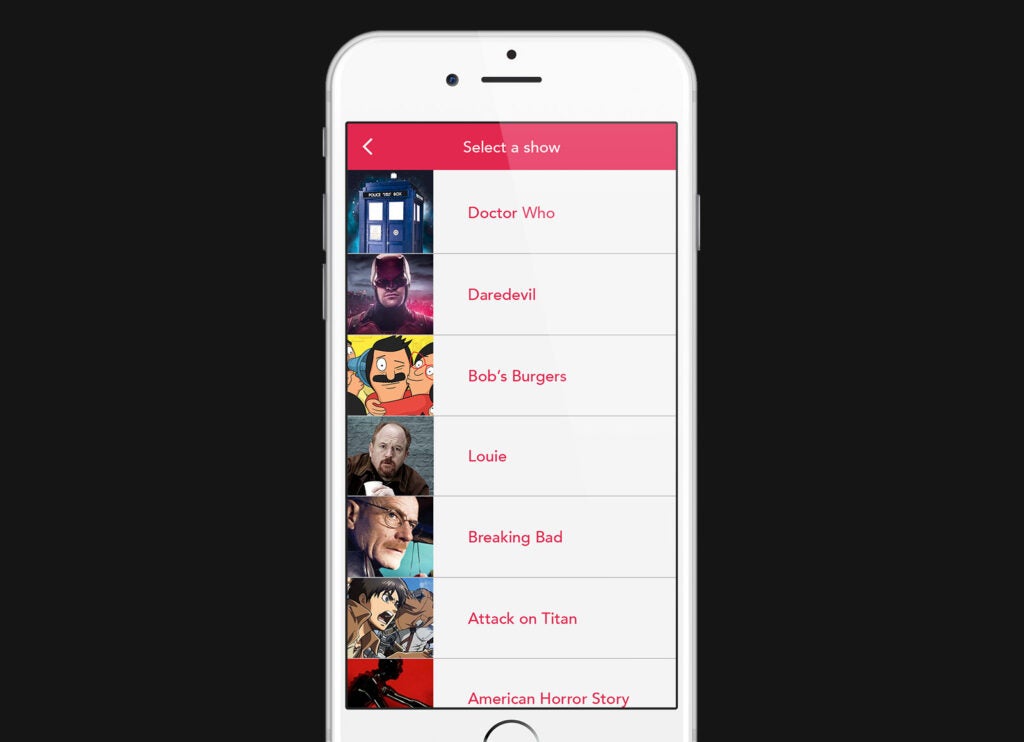 The small team’s big goal is to add more shows, according to founder Justin Key. “Right now our content team is finishing up season one of ‘Orange is the New Black’, ‘Breaking Bad’, and ‘The Unbreakable Kimmy Schmidt,’” he says. “We’re also writing content for a couple movies. The general plan is to release new shows and/or seasons every week or two. Going forward we’re also going to tailor our new releases around what our users are watching and what they’re asking for.”

Key says the team plans to use its users to help determine where the new content should appear. “For our initial launch we tried to pick a broad selection of shows across different genres. Going forward we’re going to let our users play a big part in informing us what we should develop next, both using data on what shows are people played in Plot Guru, and what users had written as requested. Early data shows it will be a mix of popular shows and series and cult favorites.”

Other features are coming, too. Key says there will be a digital currency rewards system at some point, and live games will be hosted by the Plot Guru team in real time for live broadcasts of sports events or award shows. They hope to extend that feature to users as well, which could lead to things like phone-based trivia night interfaces, or just a fun drinking game for adults.

They’ve also got plans to expand beyond the iOS interface. Key says, “Android will be our first priority, but a web version is in the works too. We want users to be able to play Plot Guru on any and every ‘second screen’ platform they use while watching TV.”

The biggest question you might have is whether the pre-loaded trivia questions will favor players who are already hardcore fans of the show. But Key says that the Plot Guru team has worked to balance the experience, so no one has a huge advantage.

“Our content development team makes sure to mix in the logical [and] thematic content with more off-the-wall trivia and challenging questions,” he explains. “Fanboys (and girls) will sometimes have an edge if they’re playing Plot Guru along with a show they’ve seen a bunch of times, but we make sure to include trivia and other content that even the most hardcore fans will find interesting.”

So yes, you’ll be able to show off your dominance in obscure knowledge without your friends getting bored. And now maybe you have finally found an excuse to start “Breaking Bad” from the top. Again.