...And your other devices, and your furniture, and your USB cords 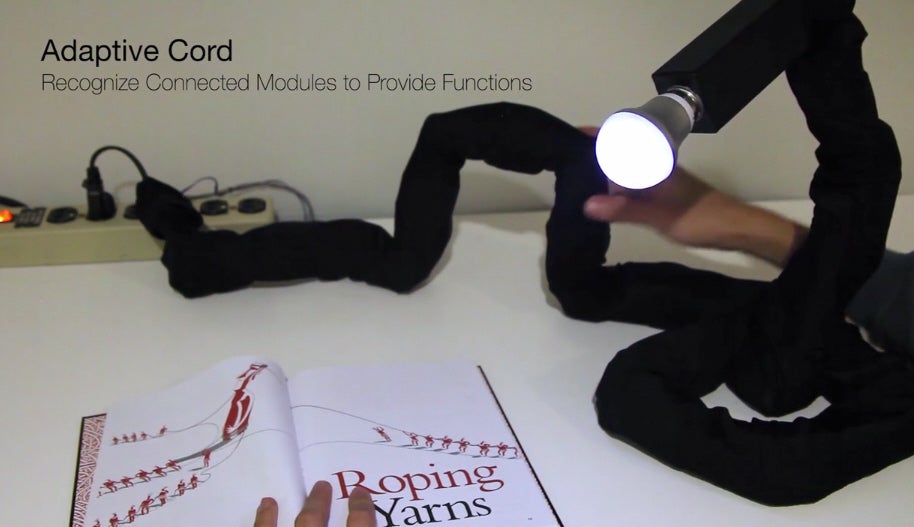 In the age of screens, technology lacks a certain tactile edge to it. What if, instead of watches with screens, we instead wore on our wrists robotic snakes? Or perhaps, instead of rectangular slabs for phones, we held up to our heads robotic snakes? Want a lamp to stay in the right place while reading? Why not attach a lightbulb to the body of a robotic snake. Instead of transferring files through emotionless cords, what if the files traveled through robotic snakes, which undulated as they passed.

Does this seem like too many uses for a snake robot? Don’t get yourself in knots over it.

LineFORM is a robot from MIT’s Tangible Media Lab, which takes a snake-like robot and turns it into a physical interface. The robot does all those things mentioned above and more, functioning as a smart ruler, a physical extension of a digital model, a touch pad, and more. The machine is the interface and the display. It sounds silly, but we can’t deny the aesthetic appeal of its movements, especially when a mundane task like transferring a file suddenly takes on physical form:

This snakebot is the art school cousin of rescue-oriented serpents. A linear series of motors give it mobility, and shape detection means the robot knows where each segment is in relation to one another, while stiffness changing keeps it from flopping like a wet noodle. A sock-like covering hides all the robotic guts, so it doesn’t look like a cyborg tentacle trying to strangle humans.

It’s unlikely we’ll see snakebot phones-and-nightstands any time soon. LineFORM doesn’t appear to be about a particular market goal. Instead, it simply wants to explore the serpentine shape of what’s possible in design.