Police In India Get Drones Armed With Pepper Spray 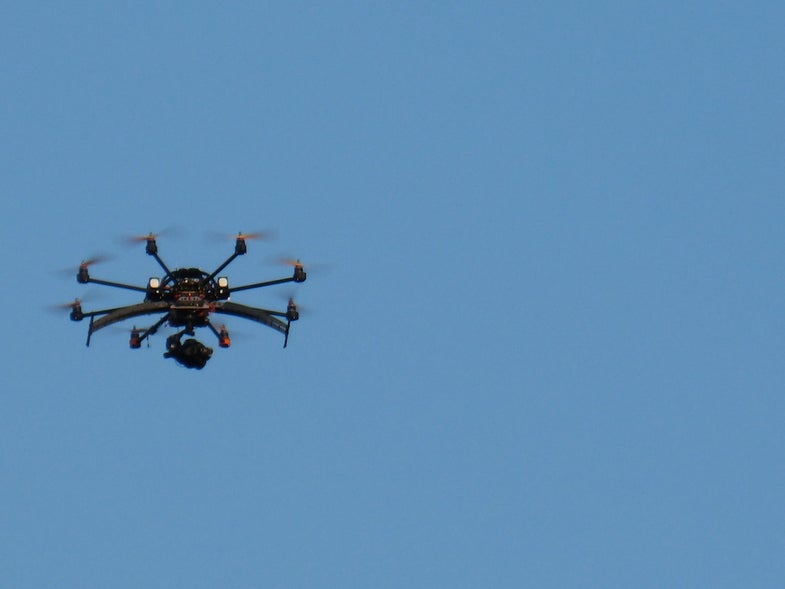 Can one file a police misconduct complaint against a robot? It’s a question protesters in Uttar Pradesh, India may have to answer soon, as police in Lucknow and Uvalde are both getting drones armed with pepper spray.

According to the Times of India, police in Lucknow have already used the eight-rotored drones for surveillance purposes. Costing rough $10,000 each, the octorotors are similar to a South African riot control drone used against protesting miners. The Times of India reports that the Lucknow police drones have a range of 3,000 feet and fly at an altitude of almost 2,000 feet. The drones will be human-controlled from a remote command center, which I’m sure is reassuring for anyone who ends up pepper sprayed by a robot.