Watch This Rugged Cylinder Take To The Skies

Bring the drone on hikes, where it makes a mockery of legs 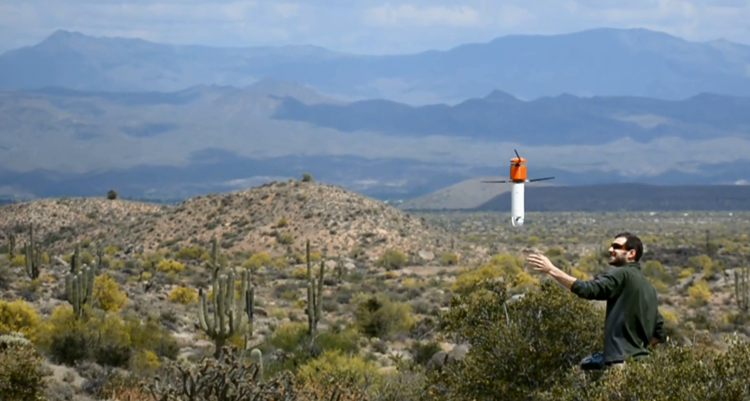 From the body type alone, Sprite looks less like a drone and more like a sleek and modern water bottle aimed at hikers. It’s a far cry from the standard four-rotored body of most drones, but that forms the Sprite’s central sales pitch: a portable drone, that can slide easily into a backpack for outdoor use.

Working from the top down, Sprite stands out not just because of its cylindrical body, but because of the two contra-rotating rotors on top. The rotors fold flat to the sides for transport. The body is waterproof, and pointed at the ground during flight is a small camera that can take pictures or record video. The creators promise 10 minutes of endurance for Sprite and a top speed of about 22 mph, so the drone can, in theory, cover a lot of ground in a very short time. The default method for flying Sprite is plotting a route via an app and then letting the autopilot take over, but there are options for directly controlling the drone as well.

Sprite is currently raising funds on Kickstarter, and they’re about a third of the way to their $200,000 goal with 24 days left on the project.

Watch a short video of it below: