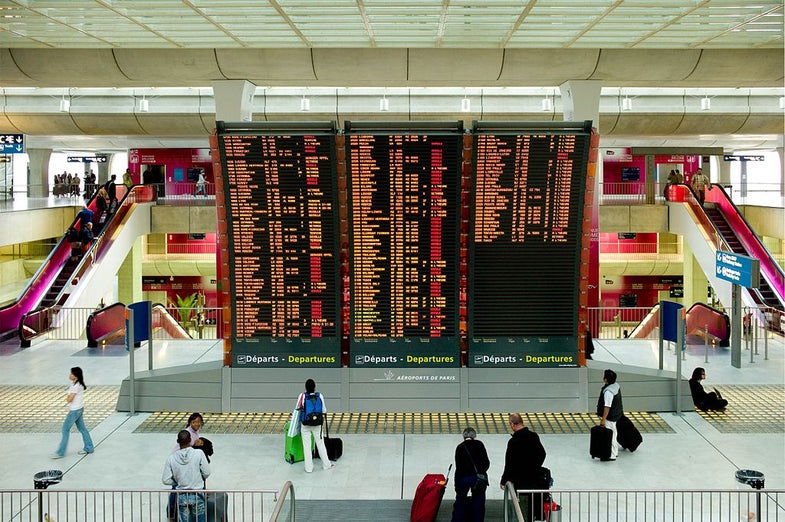 On display at this week’s Paris Air Show was a set of terrestrial guards. Shiny, white, plastic, and mechanical, these new machines will scan faces and read documents, offering all the human warmth of an airport check-in clerk for a red-eye flight. They’ll also work as immigration officers, because nothing says welcome to a new country like a robot.

Like a self-checkout line at the grocery counter, these robots will save on labor, each one doing the work of five human ticket agents. Thales, the French company that makes the robots, says will share scans of passengers’ faces with other computers around the airport. It then prints the passenger’s face on the boarding pass, somehow in an encrypted form. Gate agents can then check the scan, confirming that the person the robot saw is in fact the person they are letting on the plane.

It may seem weird for a biometric machine to dominate this much of the passenger experience, but these machines could be preferable to human interactions–at least in some countries. Last week, French Foreign Minister Laurent Fabius politely implied that Frenchmen could stand to be a little nicer to tourists.