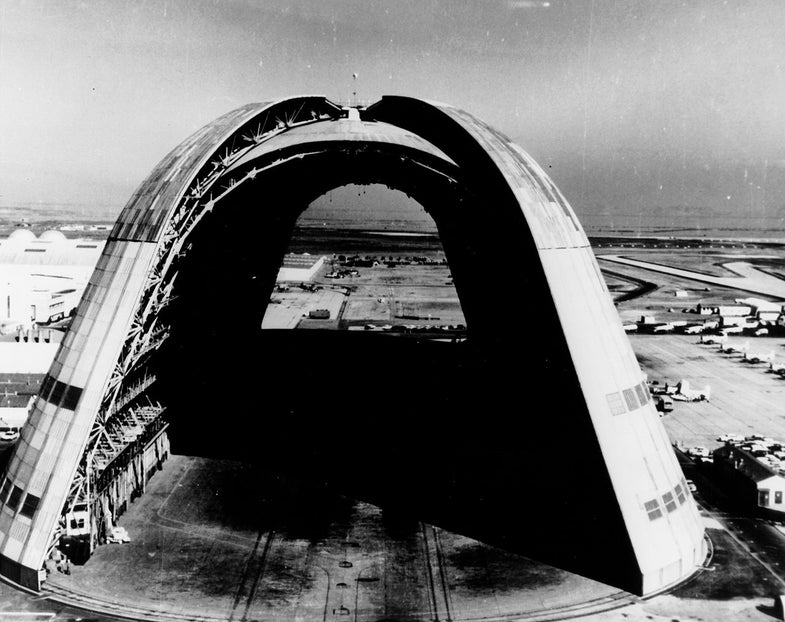 On the edge of Mountain View, California, they sat. Gigantic, hollow, towering husks. The airship hangars at the Moffett Airfield are a diesel-punk ruin, empty coffins for an era of aviation long since passed. But after decades of disuse, they might usher in the next stage of our cyber-reality. On Wednesday, Google took over the airship hangars at Moffett field and the surrounding 1,000 acres.

We already have some idea of what Google can do with airships. They’ve already used balloons to deliver Internet to New Zealand, and they considered doing so in sub-saharan Africa. But these hangars are huge, and not limited to just testing gigantic airships. They are over 1,000 feet long inside, are over 300 feet wide, and have a ceiling almost 200 feet tall high at the middle. That’s a lot of room to test flying aircraft, and because it’s inside, it means Google could test flying things without going abroad or risking FAA violations.

But Google could certainly dream even bigger. With hangars that large, and with Google’s acquisition of robotics company Boston Dynamics, they could host their own gigantic BigDog rodeo, complete with legions of wobbly robots and their spinning, unblinking eyes.

However they use the hangars–so far, Google is on record promising to both restore them and fill them with robots–it will be a symbolic passing of the torch from one era of ill-fated technological marvels to another, totally blemish-free technological future.