Tricycle Hovercraft Wants To Let You Fly Like a Jedi

Creators promise the Flike is 'as easy as riding a bike.' Uh-huh. 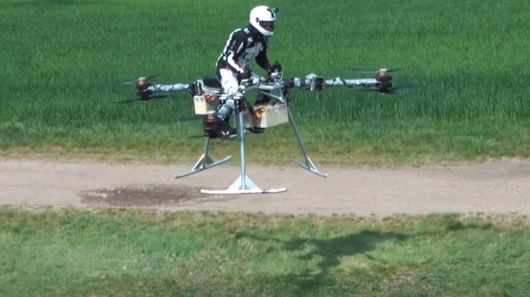 The iconic speeder bikes from Star Wars Episode VI: Return of the Jedi may be closer to reality than you thought. Made in Hungary by “a few flight enthusiasts at Bay Zoltan Nonprofit Ltd,” the Flike is a flying hovering tricycle that reportedly went from concept to manned flight in nine months.

Watch the Flike’s first manned flight below, complete with timer for how long it stays airborne:

Flike is a six-rotor copters, with pairs of rotors mounted on each side of three prongs. The pilot sits in the middle, two prongs extending forward and one going directly behind, with a control panel in front of them. Movement is controlled by changing the rotation speed of one of the rotors. Flike’s site promises that it is just as easy as learning to ride a bike, though most bikes come with training wheels and also don’t move in three dimensions. 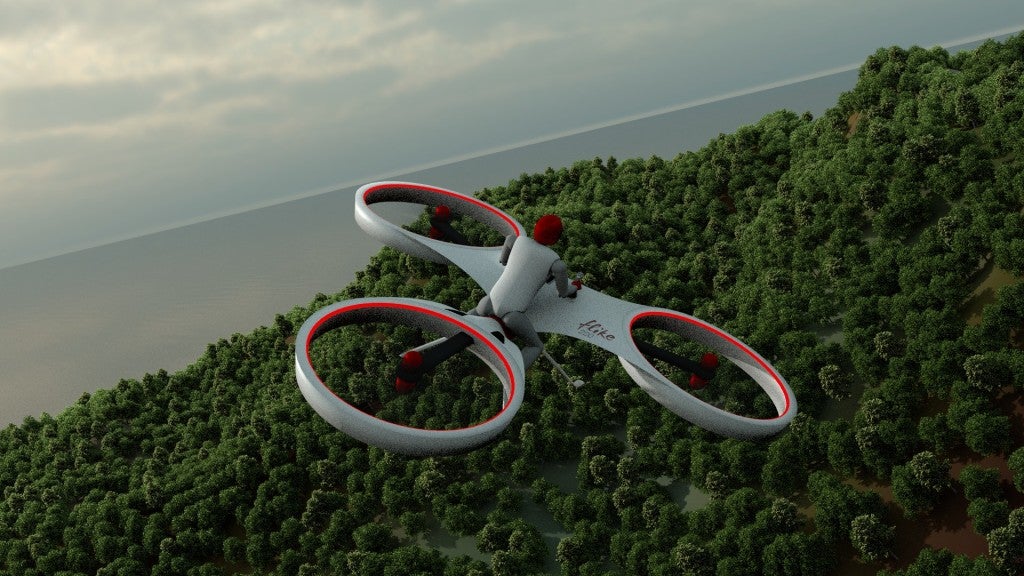 It is more akin to a hovercycle, or flying bikes powered by giant ducted fans or rotors. (These hovercycles themselves are a form factor away from increasingly misnamed jetpacks built on fans or rotors). Concept video for the completed Flike shows a smooth plastic body hovering over forests and landing in clearings. The Flike is battery-powered, with its creators promising 15-20 minutes of hovering and 30-40 minutes of cruising flight.

Let me be straightforward: there is no way this flying tricycle doesn’t eat someone’s leg in the future, but I’d still totally ride one.