How a zebra’s stripes put bloodthirsty flies into a tailspin

This optical illusion serves a purpose. 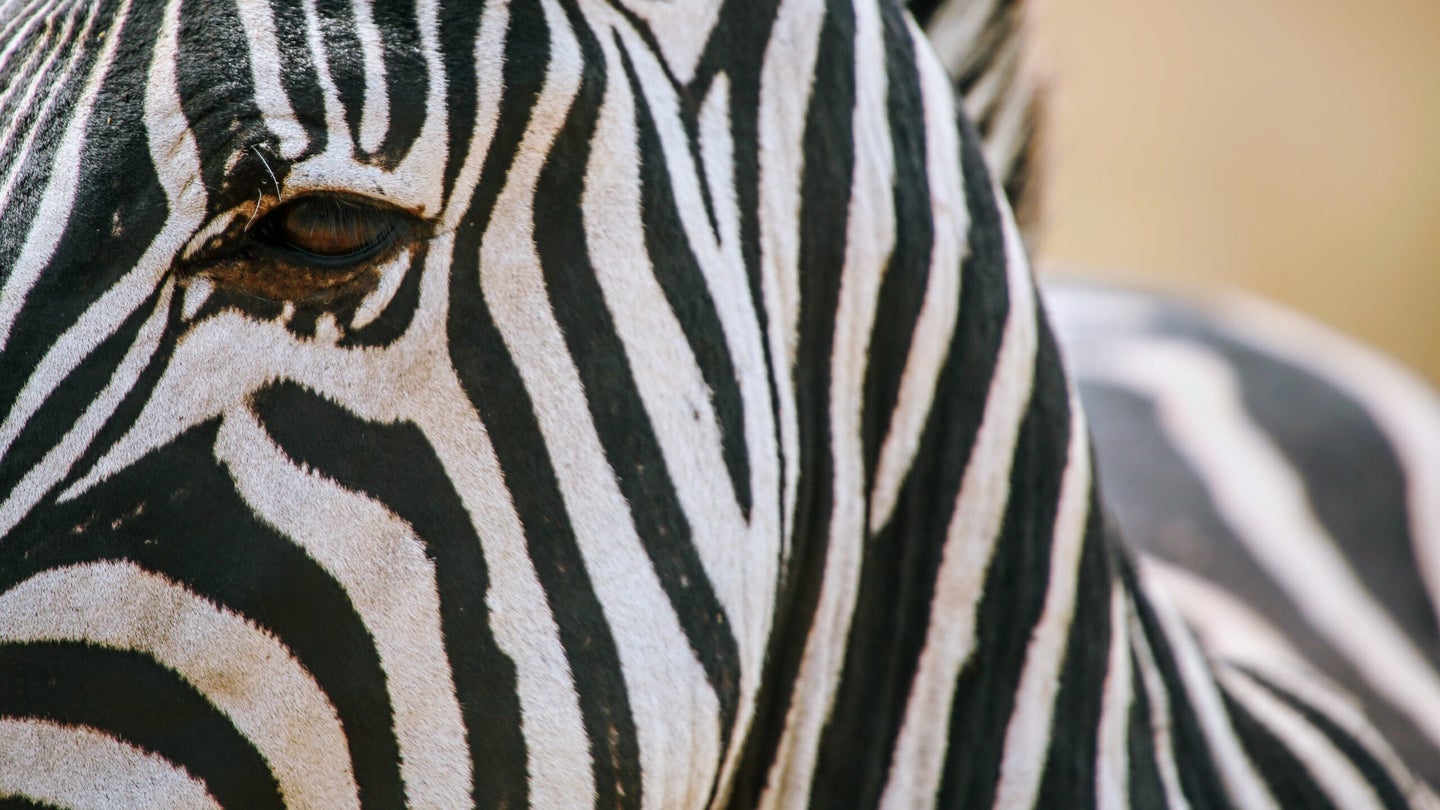 Why do zebras have stripes? Many have considered the classic quandary, Darwin included. Stripes could be camouflage, create herd-wide optical illusions to deter hungry carnivores like lions or Cruella de Vil, or maybe even help manage the animal’s body heat. Despite so many plausible solutions, biologists from UC Davis finally cracked the case back in 2014. Their comprehensive study found zebra stripes effectively repel bloodthirsty, biting flies, many of which carry lethal diseases.

Despite having the why of it all, the team couldn’t help but wonder how exactly the stripes worked. To find out, they devised a handful of experiments to reveal the behavior and flight patterns of the flies as they circle and land on zebras. Their new study, published Wednesday in PLOS ONE, shows horseflies zoom straight toward their striped meals, and after getting close, wham into them so hard they bounce off like tiny cannonballs.

“Just like when you’re flying on an airplane, a controlled landing is extremely important for flies,” says Tim Caro, a behavioral ecologist at UC Davis and lead author on the new study. “They don’t want to break a leg or damage an eye. So when a fly comes in looking for a blood meal they need to slow down. Somehow stripes are preventing that from happening.”

Caro and his colleagues figured this out by studying a motley herd of three captive plains zebras and nine horses on a farm in the United Kingdom. First, they did a purely observational experiment. The team put zebras in one pen and horses in another, and counted the flies that attempted to land on each animal. While around the same number of flies bumped into both species, significantly more managed to actually land and linger on horses. That made Caro think that flies can’t really see stripes from far away—and get confused by them up close.

The researchers took the next logical step: they dressed both species in stylish little black, white, and black-and-white striped coats to see how the flies would react. Again, they found that significantly fewer flies were able to successfully land on the zebra coats compared to the solid ones. And flies had no problem landing on the bare heads of horses wearing zebra coats, suggesting it really is the stripes giving the flies trouble. (Of course, more research is needed to say this for sure, since this sample size is pretty small. An ideal test might consist of an entire Kentucky Derby’s worth of horses and zebras, and take place on the African savannah instead of blustery old England.)

Finally, the researchers took some high-speed video footage to really dissect how stripes turn flies into miniature bloodthirsty projectiles. Caro says it came down to the final 500 milliseconds before the flies made contact with zebra skin. “They just totally broke down in that last half second,” he says. “There was absolutely no deceleration compared to how they’d decelerate to land on a horse.”

Other scientists have performed similarly creative experiments to look at how biting flies respond to stripes. In January, a team published research showing striped body paint could protect humans against horseflies—a conclusion they reached by painting life-sized mannequins with stripes and covering them in glue. After parking the plastic figures in a field, the team catalogued which bugs stuck to which dolls.

But on the zebra front, much more research still needs to be done to understand just how their stripes confuse tiny fly brains. Caro has a lot more questions: Do they think a stripe is a gap, and try to fly through it? Do the stripes create confusing optical illusions like a barber pole that makes flies panic? Are models Bella Hadid and Kendall Jenner protected by their zebra print fashions? Will the rest of us be safer when these runway looks finally trickle down to the masses? Only further research can say for sure. “As always in science, once you’ve answered one question, you get three new ones,” he says.