The weirdest things we learned this week: strange sneezes and how sideshows saved 6,500 babies 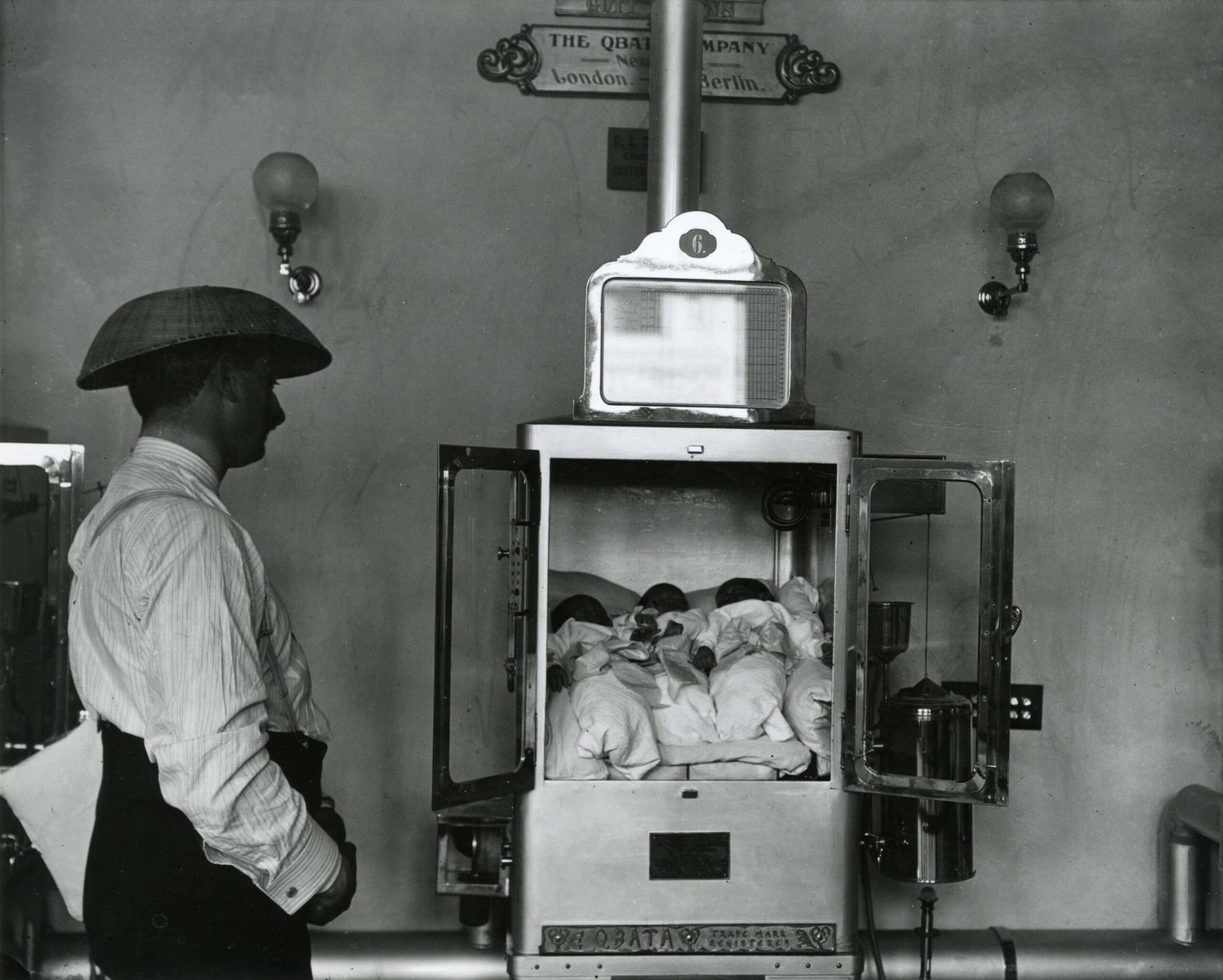 Fact: For decades you could pay to gawk at premature babies on the boardwalk

This week’s fact is inspired by my favorite episode of The Memory Palace which you should absolutely listen to. The episode mentions a sideshow attraction at Coney Island where folks paid a few cents to look at sick infants. I’ve been fascinated by this story ever since, and when I saw that a book on the subject by Dawn Raffel came out just last year, I decided it was time to do some digging and share it with you all.

For most of human history, babies born too early to thrive either lived or died depending on what their families were willing and able to do to help them breathe, eat, and keep warm. There were actually incubators for birds long before anyone thought to make them for humans (that’s how a Parisian doctor got the idea in the mid-1800s). And even once human incubators existed, most hospitals couldn’t be bothered. Premature babies were largely considered too weak to bother with.

That didn’t make sense to Martin Arthur Couney, a Jewish German immigrant who’d put up a couple of exhibitions on incubator technology in Europe. He took advantage of the lively sideshow culture in 19th-century America to basically turn neonatal intensive care units into paid attractions. His facilities were clean, tightly run, and cutting edge, and he didn’t charge parents a dime (tourists, however, were charged a quarter). Meanwhile, most hospitals didn’t offer anything to help premature infants. One former patient recalled that her father, told she would surely die, bundled her in a blanket and took a cab to Coney Island so Couney might save her. Such was the case with many infants—and Couney saved at least 6,500 of them. You can see loads of photos of the spectacle here.

It wasn’t all good news, though: Couney’s work inspired copycats with much lower standards of care (more on that here. But perhaps more disturbing is the backlash he faced. People—including physicians—argued that premature babies were “deficient” and that saving them would damage the gene pool. The fact that Couney faced the criticism of the American eugenics movement is a chilling reminder of just how recently the country supported proud proclamations of such disturbing and hateful beliefs.

Fact: All hail the rust god

Today, most people hearing the word “rust” start running for a tetanus shot. But for most of human history, the real menace was stem rust. The agricultural blight has been causing famines for thousands of years, turning promising green leaves into inedible silvered chuff. That’s why the Romans had a special day dedicated to appeasing the rust god, Robigus. Each year, in April, the Robigalia festival directors would sacrifice tawny-colored animals (i.e. ruddy-furred pups and not-so-sly foxes), cutting their entrails out of their bodies, while also dancing and singing. Today, agricultural scientists are just as worried about rust, but instead of a bloody bacchanal, they’re, you know, genetically-modifying crops.

Fact: There’s a medical condition that causes people to sneeze when they eat a lot

Us humans typically sneeze because of some irritation in our nasal passages. Things like pollen or grass can initiate this automatic and nearly-impossible-to-stop reaction.

But there are other things that trigger a sneeze—staring at bright lights and eating large meals, for instance.

Sneezing when the sun gets in your eyes is not common, but it’s not entirely uncommon either. It’s a simple autosomal dominant genetic mutation, and we’ve known about it for over 30 years. In fact, if you take a 23andMe test, it will tell you if you are a sun sneezer or not.

But for the rest of the podcast, I discuss sun sneezing’s little-known and far stranger cousin: Postprandial sneezing. Also caused by a single, autosomal dominant gene, the condition is characterized by episodes of sneezing triggered by a full stomach.

The instance was first reported in a 1989 study in the Journal of Medical Genetics. Perhaps in an attempt to raise awareness and thereby improve understanding of the trait’s frequency in humans, the condition was nicknamed SNATIATION. Listen to the rest of this week’s podcast to learn what that acronym stands for (it’s worth it, I promise), how scientists think the condition might work, and what the worst time of the year is for all those who live with postprandial sneezing.