The weirdest things we learned this week: 40,000 vanishing pigeons and the science of poodle haircuts 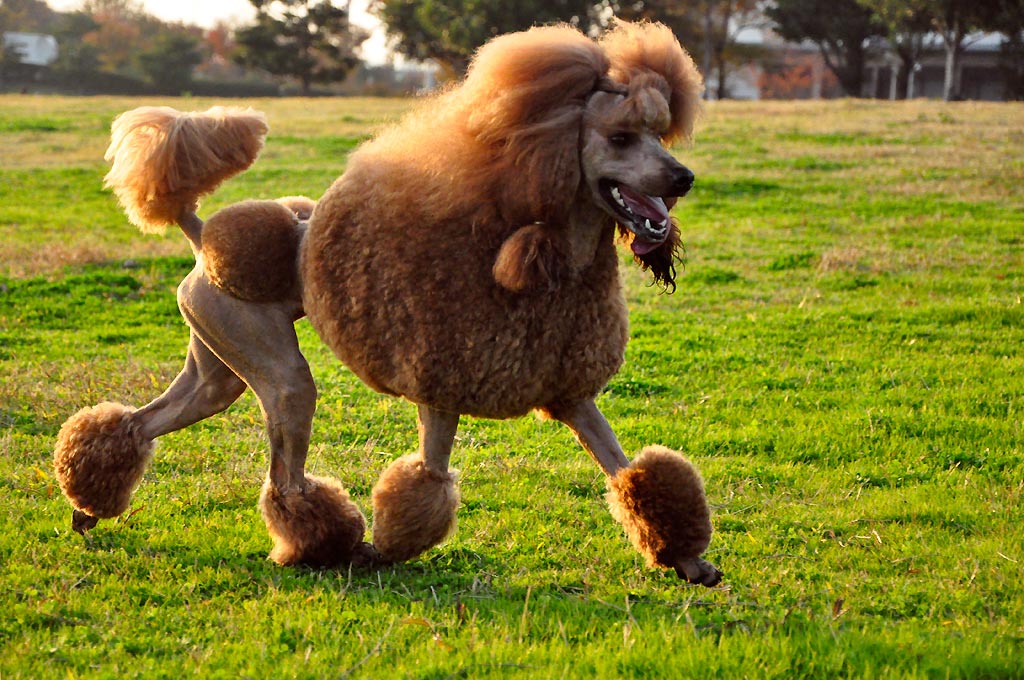 The continental cut is not as frivolous as it looks. Wikimedia Commons
SHARE

Poodle haircuts get a bad rap. There are vaguely French and, at least to modern eyes, totally frivolous. The American Kennel Club describes the breed as “proud” and reminds casual admirers that the dog’s fur orbs are not pompoms, but pompons, thank you very much.

But poodles weren’t always a symbol of vanity or luxury. They were once hard-working water dogs; they pranced right into icy lakes and freezing rivers to retrieve the game their masters shot down from the sky. They even had a working-class name: in Germany, the breed’s country of origin, they were basically known as “puddle hounds.” And while the mythos around purebred dogs and their coiffures is always contested, it seems the strange grooming practice that evolved around the poodle was similarly practical: poodles drowned under the full weight of their coats, but froze to death when entirely sheared. What to do?

In this episode of The Weirdest Thing, I talked about the shaggy solution to this problem, and other tidbits I picked up while attending the 2019 Westminster Dog Show.

Fact: A surgeon tested out materials for fake hips in his own thigh

If you’re one of the hundreds of thousands of people who’ll receive an artificial hip, you’ll be getting a modern prosthesis that will (hopefully!) help your body work better. But wind back the clock to the mid-20th century and you’ll learn that both the implants and the procedure have come a very long way since doctors first started figuring them out. Motivated by a curiosity to learn more about the science and tech behind an artificial hip I received last year, I took a deep dive into the history of these synthetic joints.

One pioneering surgeon stands out in his quest to figure out how to create an artificial hip: John Charnley, who worked in a former tuberculosis hospital in Wrightington, England. In the early 1960s, he replaced elderly patients’ hips by doing two things: swapping the tops of their femurs with a metal prosthesis that he cemented into the thigh bone, and giving them a new socket for it to fit into. But he made the socket out of Teflon, which wore down quickly and created debris particles (which you don’t want in your body). Those early hips were failures. When he found a promising alternative, he did what any sensible surgeon would: stuck a piece of it in his own thigh for nine months to see what would happen. Find out more on this week’s show!

Fact: There was a huge pigeon race disaster in 1997

Yes, pigeon racing was and is a thing. But we’re not here to discuss your run-of-the-mill, hundred-thousand dollar racing pigeon. We’re here to talk about Champion Whitetail, the pigeon that holds the record for the slowest pigeon race of all time. Champion may not have flown at top speed—it took him five years to fly a few hundred miles—but he did survive against some terrible odds. See, Champion flew in a race now frequently referred to as the Great Pigeon Race Disaster of 1997, wherein 40,000 out of 60,000 competitors seemingly vanished. The mystery of that missing flock remains unsolved, but there are a few compelling theories we discuss in this week’s episode.