The weirdest things we learned this week: Falcon sex hats and buying human skulls on Instagram 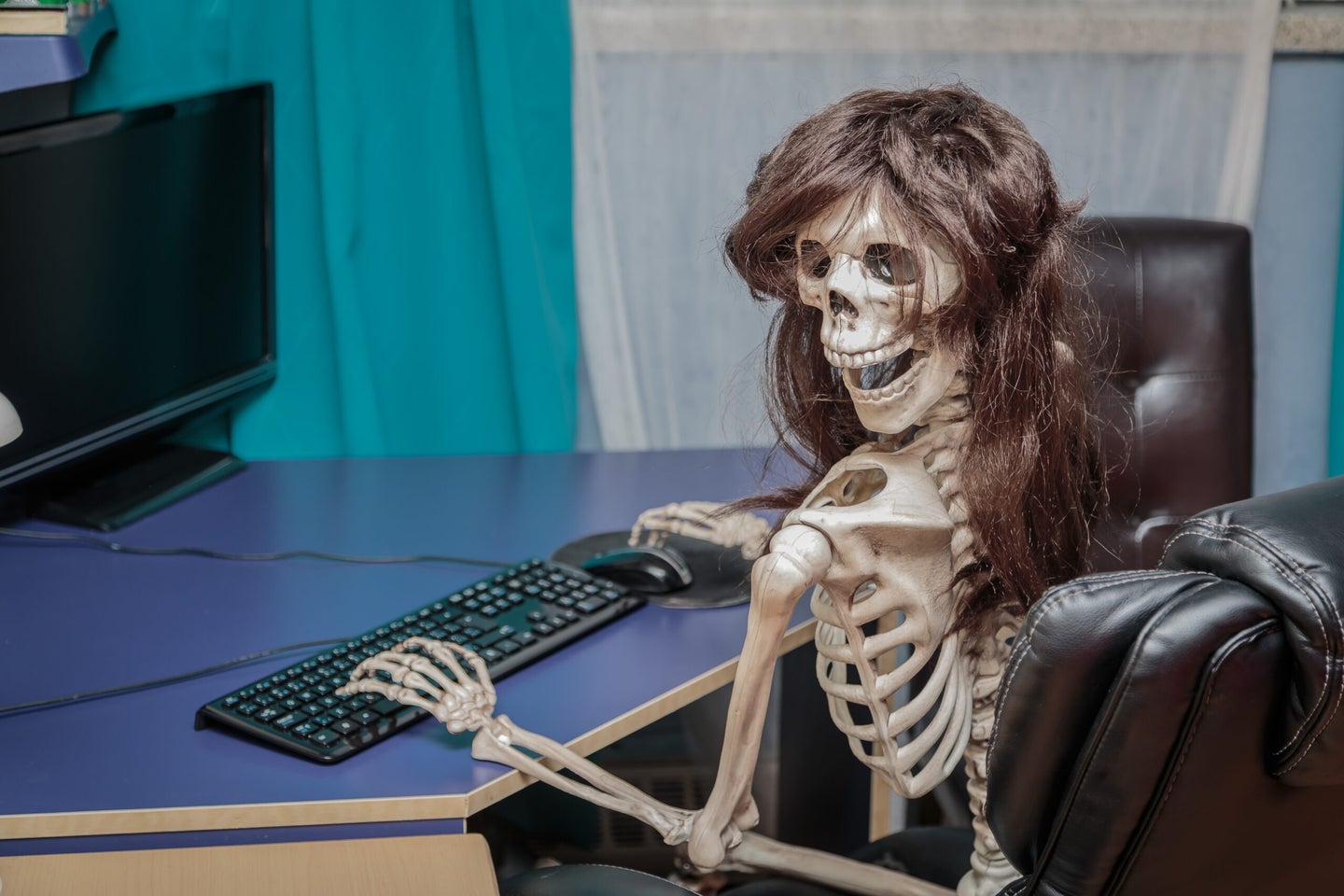 Most of us are probably squeamish about talking in too much detail about animals’ sex lives. The associations with bestiality, I guess? Whatever it is, the vast majority of us are grossed out by it. I think that’s why I harbor such an undying appreciation for the folks who go into animal husbandry. They’re just so committed to learning about something that other people would rather not even think about: how to get a particular species off.

Falconers are incredibly committed to their birds, so much so that a small group of them banded together in the 1960s to try to figure out how best to collect semen from (and then artificially inseminate) peregrine falcons. The species was dying out—it was their only option. Fortunately, a falconer named Lester Boyd came to the rescue. No longer did teams of two (or three) have to manually ejaculate birds of prey. Now they could use a copulation hat instead.

You’ll have to listen to the episode for the full details, but afterward, I highly recommend you watch this video of a falcon copulation expert getting a male peregrine falcon to ejaculate on his hat. The noises alone are truly incredible.

Fact: It’s legal to buy human bones, and business is booming on Instagram

Today’s fact comes from an excerpt of Skeleton Keys, a fantastic new book about all things bone by Brian Switek.

The fact that #HumanBones is a thing isn’t altogether that surprising; people are bound to encounter skulls and even fully-articulated skeletons if they go to cool enough museums and tourist destinations. But what about #HumanBonesForSale? Or perhaps #RealHumanSkull? These links aren’t taking you to some seedy dark web underbelly, friends: artists and collectors openly sell and trade human bones on Insta. Find out more about how this works—and why you should really, really think twice (or thrice, even) before buying human bones of your own—in this week’s episode, and in Brian’s book.

Fact: Our muscles jerk us awake so we don’t fall out of trees and die

A few years ago, I noticed something strange as I tried to fall asleep: Just as I was about to reach a deep slumber, my muscles would twitch. Each night, it would happen a few times, never in the same area, until I finally fell asleep. I didn’t think much of it, and it even went away for a year or two. Recently, though, the twitching has returned. This time, I felt like I needed to get the final answer. So I did what any health reporter would do: I skipped the doctor and went straight for the medical literature.

As it turns out, I’m super normal. Human bodies are weird. And, unsurprisingly, much of our physiological functioning is still a great mystery to the medical community.

What I was experiencing is what medicine has dubbed a hypnic jerk or, more precisely, a “normal startle jerk.” Exactly as I had experienced, they are sudden contractions of one or more body segments occurring mostly as people fall asleep. They are sporadic and can affect anyone at any age. In fact, some studies suggest they affect between 60 and 70 percent of the general population.

As common as this phenomenon is in the general population, researchers haven’t quite pinned down what makes our muscles flutter. One theory claims it’s a simple act of nerves misfiring as they transition from awake to sleep mode. Another says that it’s a protective reflex: The brain mistakes total muscle relaxation as a free-fall and sends our muscles into action. A related idea from researchers at the University of Colorado takes that theory one step further. It could be, they say, an evolutionary mechanism. In their paper entitled “The effects of the tree-to-ground sleep transition in the evolution of cognition in early Homo,” the researchers surmised that it could be a way for primates to ensure they didn’t literally fall out of trees as they fell asleep. Those awakened by a muscle twitch could readjust themselves and make sure they were in a safe place before their brains and muscles kicked off for the night.