Penguins may have islands to thank for their diverse looks

The birds are an eclectic bunch, and a new study explains why. 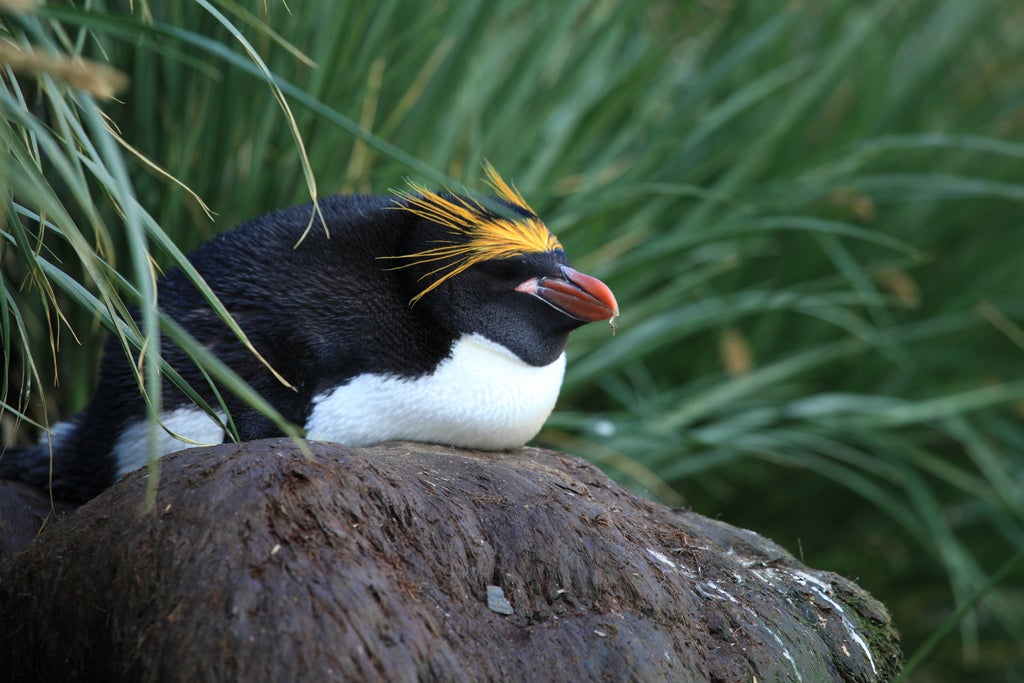 When we think of a penguin, we usually think of the iconic emperor penguin waddling to and fro on Antarctic sea ice. But there are at least 20 other species to consider, from squat little periwinkle birds called fairy penguins to the macaroni penguin, which got its name after 18th century English sailors thought its flashy orange crest fit in perfectly with a contemporary fashion trend called macaroni (it centered around flamboyance, androgyny, and XXL wigs that were quite extra, as one might say today, just like the penguin’s crest).

Suffice to say, penguins are one diverse group of birds. And now a new study, published Tuesday in the journal Molecular Biology and Evolution, is taking a crack at explaining how they came to be such an eclectic bunch. The study’s authors suggest that new island formation drove penguins to evolve and branch off into many of the football-shaped birds we know today.

They think it went something like this: over the last 5 million years or so, new islands sprouted up like the Galapagos and Antipodes formations. Groups of penguin ancestors occupied those landmasses and nested there for millions of years, isolated from other penguin populations. Over time, those groups may have evolved into distinctly different species.

This idea of island-powered evolution isn’t exactly a new one. In fact, Charles Darwin used the way Galapagos finches evolved between islands to define his entire theory of evolution.

But in penguins, scientists have typically thought that ocean currents separated populations, because both the birds and their food sources wouldn’t want to occupy waters that were too hot or cold. That allowed them to evolve in different directions. Plus, when Antarctica froze over about 30 million years ago, “that changed the entire ecosystem of the southern hemisphere,” says study author Theresa Cole, an evolutionary biologist and geneticist at the University of Otago in New Zealand. “That’s considered a big driver of penguin evolution.”

Still, the authors’ case for island-driven evolution could fit in well with these other two theories, Cole says. For their study, the researchers first sequenced mitochondrial DNA from fossilized penguins found in natural history museums, along with blood and tissue samples from living penguins. (They used mitochondrial DNA instead of the more informative nuclear DNA because it preserves much better in the fossil record.)

In all, Cole and her team were able to piece together 41 nearly-complete mitochondrial genomes, covering all living and recently extinct penguin species. Then they used a computer program to piece those genomes together and effectively create a timeline of when certain penguin species lived, and how related they were to one another.

“We made sure it was all aligned properly—the ancient genomes and the modern genomes,” Cole says. “It takes a little fiddling with ancient DNA, because there can be errors. But we made sure it was as perfect as we could make it with the data we had.”

A handful of penguin morphology experts were then able to input key data about what extinct and living penguins look like into the program, which is useful since that can’t always be gleaned from DNA. After telling the computer program what the birds look like, the team was able to produce what they call the most comprehensive phylogenetic tree of living and recently extinct penguins.

Critically, the emergence of five penguin species lined up almost perfectly with the formation of different islands: the Galapagos Islands and the Galapagos penguin, Gough 48 Island and the northern rockhopper, the Antipodes Islands and the erect-crested penguin, the Snares and the Snares crested penguin, and Macquarie 49 Island and the royal penguin. (That last one is a subspecies of our friend the macaroni penguin.)

This, Cole says, definitely points to island formation as a driver of penguin diversity. She notes that the work isn’t perfect since ancient DNA can be quite finicky, but it’s a great jumping off point for taking a peek at how penguins evolved into the creatures we see today.

Some surprises cropped up in the research process, too. During their genetic and morphological analyses of the fossils, they discovered two new, recently-extinct penguins that would have lived on New Zealand’s Chatham Islands. Named Eudyptes warhami and Megadyptes antipodes richdalei after prolific penguin biologists John Warham and Lance Richdale, the two species went extinct shortly after humans started to occupy the islands a few thousand years ago. Their bones were found in middens, which are archaeological sites often filled with human food waste and excrement. That led the researchers to believe that settlers hunted and ate the birds to extinction—though Cole thinks they probably didn’t taste very good.

“I think they probably tasted very fishy,” says Cole. “Not very tasty. [Humans] probably ate them after they ate the tasty things like small mammals. The penguins would have been a less desirable food source.”

While it is kind of fun to think about how humans and penguins interacted in the past, it’s also crucial to consider that relationship as we look to the future.

“New Zealand in particular is experiencing a huge number of bird extinctions,” Cole says, “and a lot of penguins are suffering population scale declines. The more we find out what’s been lost, the easier it may be to start developing conservation strategies for living species.”