The weirdest things we learned this week: animals used to stand trial and apples kept doctors from killing you 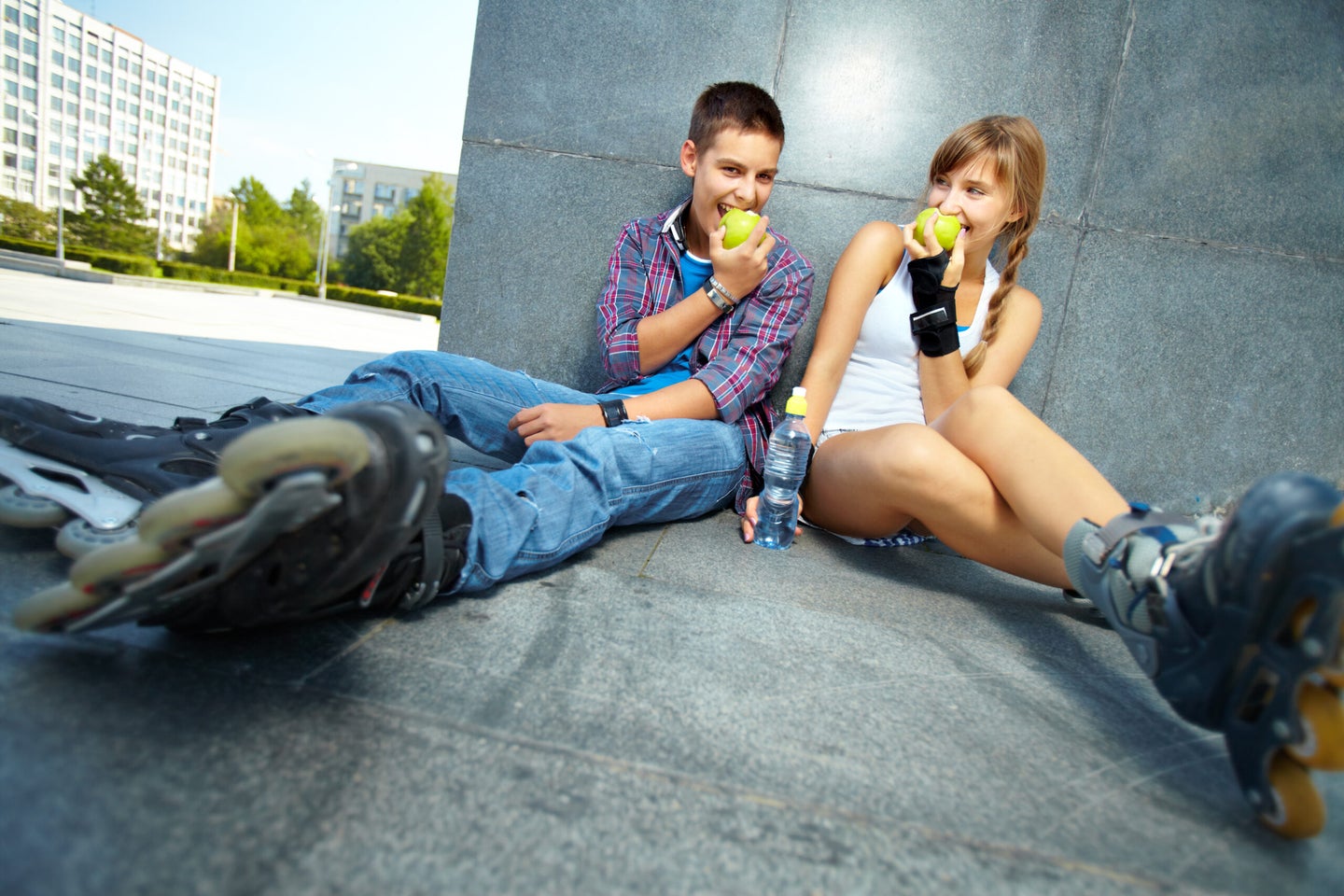 Fact: Medical students used to be jerks, and one time they got into a fist fight with feminists over a dead terrier

While researching several historical balloon riots (yes, really) I came across a list of bizarre riots from throughout history. And one of them sent me on a wild historical ride: The Brown Dog Affair.

In 1903, William Bayless—an English physiologist, and part of the duo that first discovered and named hormones—was cutting open a live dog. This was a pretty common occurrence at the time; the 19th century had led to all sorts of new medical findings, but we didn’t yet have the imaging techniques we needed to take a closer look at the organs we wanted to investigate. Researchers like Bayless used vivisection to seek answers from non-human animals.

But that day in 1903 led to a movement that united the working class and suffragettes (who were not particularly buddy buddy at the time, to be clear) against medical students all over England. Lizzy Lind af Hageby and Leisa Katherine Schartau, Swedish feminists and anti-vivisection activists who were studying at the London School of Medicine for Women, sat in on Bayless’s lecture and took notes. Their notes included a few disturbing details: medical students laughed and caroused about the dog’s condition, the animal allegedly twitched and vocalized in pain, and a future Nobel euthanized the dog not with ether, but by stabbing it in the heart.

Eventually this incident led to outrage, which led to riots. As we discuss in the podcast, the totally rabid response on both sides represented an explosion of the existing class and gender tensions at the time.

You can check out the two statues dedicated to this slain mutt here.

Europeans used to love putting animals on trial. Long before “rat” was a slang word for an informant, there were actual rodents on the witness stand. Usually, they were accused of eating the crops or gardens of some powerful human. Like any good citizen, they too had to account for their crimes in a court of law. Rats weren’t the only animals to stand on trial: Pigs that plowed into people and donkeys implicated in bestiality were also run through the criminal justice system. Depending on whether it was a church-led spectacle or a secular trial, judges delivered punishments ranging from excommunication (animals being God’s creatures and therefore also Catholic) to the death penalty.

Today, these medieval-to-early-modern shenanigans seem rather outlandish. Even at the time, they were clearly entertaining, as many more animal trials have made their way into historical lore than actually seem to have taken place. But there are some contemporary parallels. For example, some environmental activists are trying to get officials to grant Lake Eerie, a body of water, personhood, in order to extend its legal rights.

Fact: Eating an apple a day was originally an act of rebellion. Now it’s just marketing.

It’s the cliché that we all hate: An apple a day keeps the doctor away. It almost sounds far too catchy to be true, right? Maybe.

As a health editor, I am particularly fond of dispelling any myths surrounding what is truly healthy for our bodies and what is really just a marketing term used to sell us things. As it turns out, this exact phrase dates back to the late 1960s. The original saying, which first appeared in publication in 1866, went like this: “Eat an apple on going to bed, and you’ll keep the doctor from earning his bread.”

According to some historians, the phrase came about at a time when doctors didn’t exactly have the best track record for curing patients. We were much further away than we are now from understanding what actually caused diseases, infections, and other ailments—and our surgeries were still pretty gruesome. So the original phrase didn’t come from doctors, but rather from us patients, as a way to, so to speak, rebel against the medical establishment.

Flash forward to today, and the phrase has morphed, somewhat, into a public health campaign to keep us “healthy,” and is often even used by doctors themselves! But does it actually have any real merit? Can eating an apple every single day make us particularly healthy? Because of the phrase’s popularity, there actually have been a couple studies on this. Listen to this week’s episode to get the verdict.