Scientists are still straightening out the history of zebra stripes

One amateur scientist has uncovered new evidence that might help explain the animal’s strange patterns. 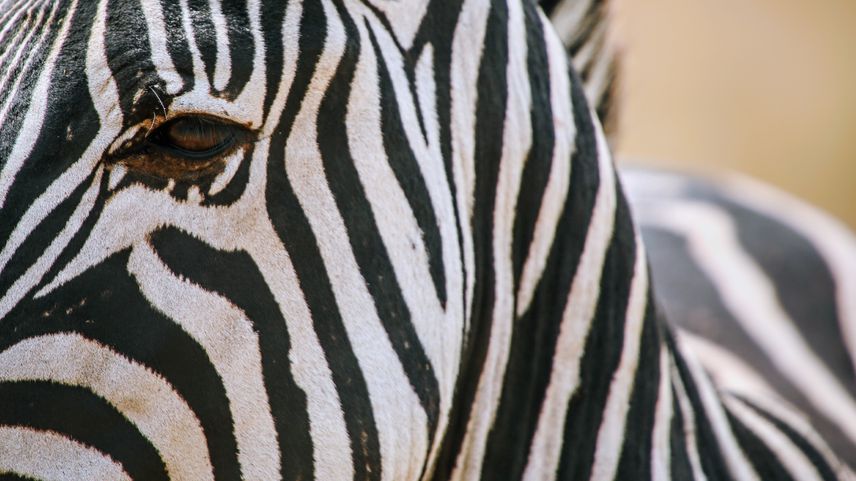 The zebra’s striking black and white stripes have long mystified biologists. Over the past few decades, scientists have devised numerous theories to explain the pattern’s bizarre existence: Maybe the wildly printed coat is essential to keep the animal cool or to blend in; or it could also be essential for warding off pests or helping the animals make friends. The newest evidence—which comes from an unlikely investigator—states the stark coloring could provide relief from the often intense heat the animals live in.

Allison Cobb, who co-published the latest findings this week in the Journal of Natural History, was in her 40s before she received any formal scientific training. Dissuaded from science—or any college degree—by her father, it wasn’t until later in life that she trained in biology and biochemistry. She became a technician at what is now Oxford Brookes University in the U.K. only leaving to join her husband in Africa where he was doing conservation research.

Now the 85-year-old amateur scientist has published her first scientific study, co-authored by her husband Steven Cobb, a zoologist and environmental consultant. The study used data from the couple’s trip to Kenya in 2003. With the help of a local, the Cobbs gained access to two semi-tame zebras, one of which was an “extremely naughty” house pet allowed to drink coca-cola, she says.

Using the two zebra’s as her subjects and a zebra hide stretched out over a clothing rack as their control (to see if striping had a different effect on the live animal) they began to collect field data. With a laser infrared thermometer, Cobb measured six individual stripes on each of the two animals and the zebra hide: two adjacent black and white stripes at the neck, two in the middle, and two at the zebra’s rump. She continued to record temperatures at these sights every fifteen minutes during daylight hours.

But the Cobbs thinks there’s more to it than that. The convection current is likely happening, she says, but its too small to cool off the entire animal. They think a more intricate mechanism is at play.

Zebras, like horses, sweat to cool down. As they perspire, the sweat lathers, loosening the surface tension of the sweat and allowing the stuff to evaporate more easily at the hair’s tips. Cobb suggests that the tiny air current created by the differential temperature in stripes creates a “chaotic air movement above the hair surface” that further speeds up the evaporation process.

Over the course of the field work, Cobb also became the first to note that a zebra can erect its black hairs—to look and feel almost like velvet—while its white hairs remain flat. This trait may also help air flow through the hide and aid in evaporation. These findings would also help explain why the zebra hide control was as much as 29 degrees F hotter than the live zebras. The animal’s cooling is much more complex than the stripes alone.

Though the idea of tiny convection currents between stripes is possible, says Tim Caro a wildlife biologist at the University of California, Davis, he isn’t quite convinced. A convection current, he says, would be too easily disrupted by movement and wind. Caro, himself, believes the strongest theory behind zebra stripes is that they repel biting flies, though not all experts agree on that either.

It was, in fact, the studies that showed zebra stripes deterred flies, that encouraged the Cobbs to take a look back at their own data more than 10 years after their trip.

“We do not think it is a big enough reason for stripes to have evolved,” Cobb says about the fly-repeller theory. A look at different African zebra populations reveals that the majority—though not all—striped zebras are concentrated at the equator and the farther the species get into milder climates, the fewer stripes they flaunt. A trend, she says, suggests stripes could have evolved foremost in response to temperature. But there is a way the fly-repelling theory and her own could be linked.

Perhaps the tiny currents of air produced by the differently tempered stripes go unnoticed by us but make it a very awkward and turbulent environment for these flies to land; similar to how a small plane struggles to land amidst gusting winds. Earlier this year a study by Caro showed that in the milliseconds before landing, flies attempting to land on zebras lose control, colliding with and ricocheting off their intended lunch. It’s possible thermoregulation comes with the added bonus of deterring pesky and dangerous flies.

The Cobbs’ observations don’t prove their theory, says Caro, “but it’s nice to have that information.” “I’m not sure it gets to the bottom of the problem,” he says, “but it’s a good descriptive study.”

While Cobb, Caro, and many other scientists have taken a stance on what zebra stripes do, no one has been able to zero in on the mechanisms involved.

Nevertheless, Cobb is pleased with her contribution. She’s left her new colleagues much to think about, like why only the black hairs stand on end or how to detect tiny microcurrents of air above the stripes. But that’s for them to explore, she says, “I’m 85.”