Why is the smog in China so bad?

It’s getting harder and harder to breathe 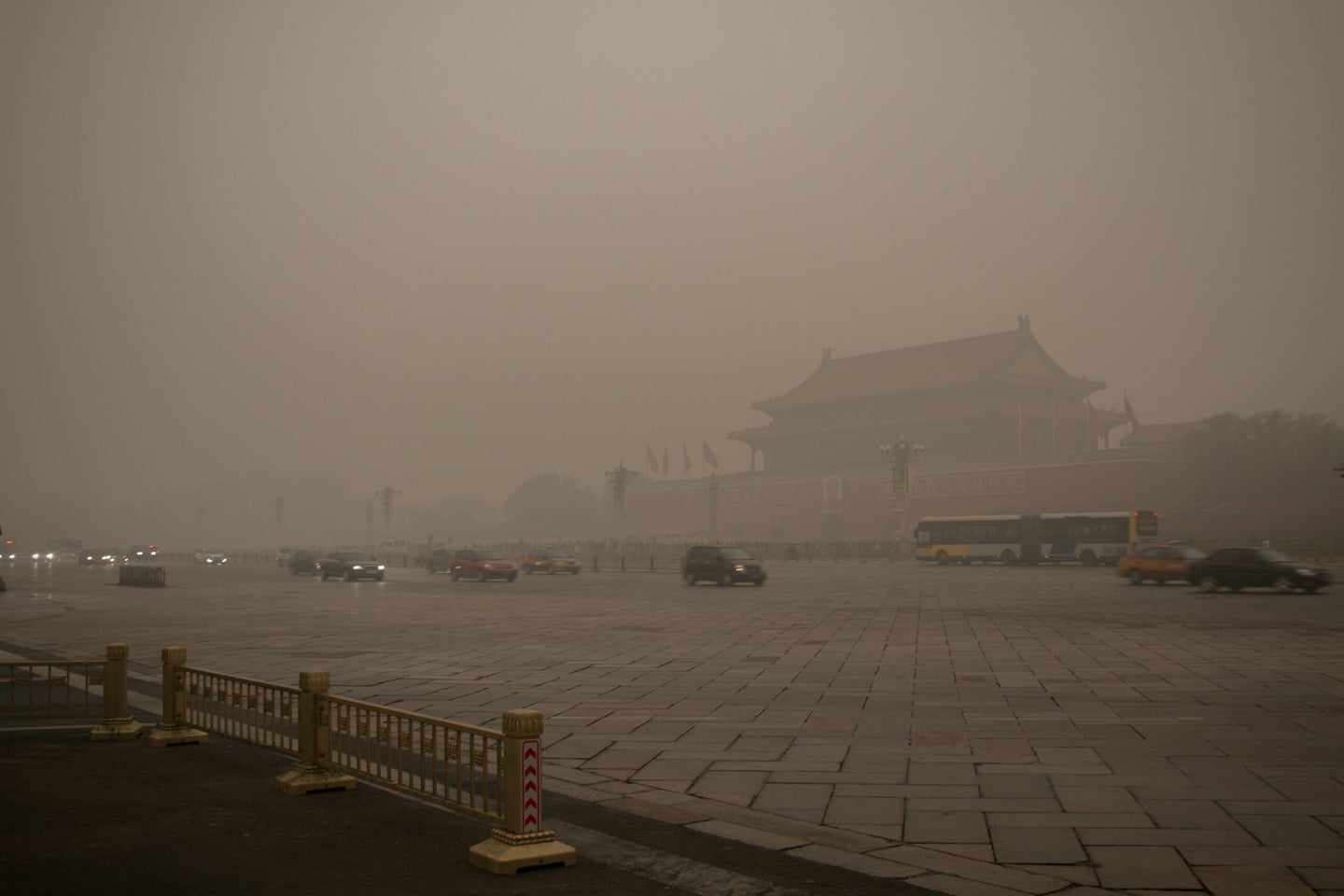 Earlier this week, a thick layer of smog rolled into China’s capital city, turning skyscrapers into shadows and clear air into a yellow fog. Caught on a time lapse by Chas Pope, the smog rolls in like a dust storm in a desert, billowing into the streets of Beijing.

This isn’t the first time that smog has blanketed China. In recent years, poor air quality in Beijing has closed schools and caused farmers in the region to panic over the lack of sunlight. Protective face masks have become a common day-to-day sight, and grim poems salute the smog from cancer’s point of view, even as Mark Zuckerberg—seemingly oblivious—went for a run in the yellow haze last year. 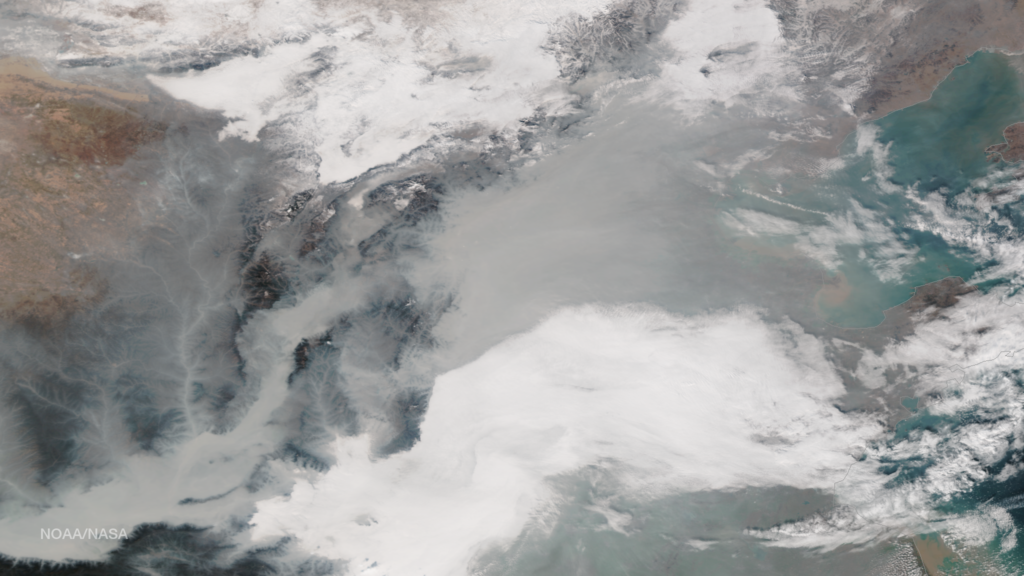 Smog in eastern China as seen from space

Why does smog keep blanketing Beijing? Smog in China has many causes, including pollution from industries and traffic, but it tends to happen more often in the winter, when plummeting temperatures cause electricity demand to soar. This pollution can come from many sources, but burning coal has been linked to the largest number of air pollution deaths in China, causing 366,000 premature deaths in 2013.

In the winter, more families are turning on their heaters—and most of the energy used to run them comes from coal-fired power plants that send tiny particles of charred dust into the air.

Those tiny particles, or particulate matter, are what turns clean air into smog. Particles in the air can reduce visibility and contribute to acid rain, which can damage vegetation. The particles can also discolor buildings, but the primary concern with particulate matter is what it can do to the human body. Particles smaller than 10 micrometers are of particular concern to health experts, as particles that small can damage the lungs, aggravate asthma, and even cause heart attacks. Inhaling particulate matter can even prove fatal for people who have existing heart or lung conditions.

Beijing’s smog woes are compounded by an accident of geography, according to AccuWeather. Beijing is bordered by the Xishan and Yanshan mountains. When a high pressure weather system moves in, air near the city’s surface doesn’t move up and over the nearby mountain ranges. It just sits there, getting more and more polluted, and residents keep breathing it in.

China is taking steps to address the issue. The government has restricted driving in an effort to staunch air pollution from cars. But that measure is temporary. Chinese officials announced this week that the country would spend $360 billion on renewable energy projects, amping up its reliance on solar and wind. But it has a long way to go. China is still the world’s largest consumer of coal by far, and plans to continue using the sooty source of power.

There is some cause for optimism. Like Beijing, Los Angeles also sits in a bowl-like depression, hemmed in by hills and sea—and like Beijing, it once had a serious smog problem. But strict regulations implemented over the past few decades have helped reduce the amount of smog in Los Angeles, bringing back blue skies. There’s hope that they could return to China too, though residents shouldn’t expect to breathe easy any time soon.