The White House is infested with flies

This isn't the iconic building's first pest, or its last. 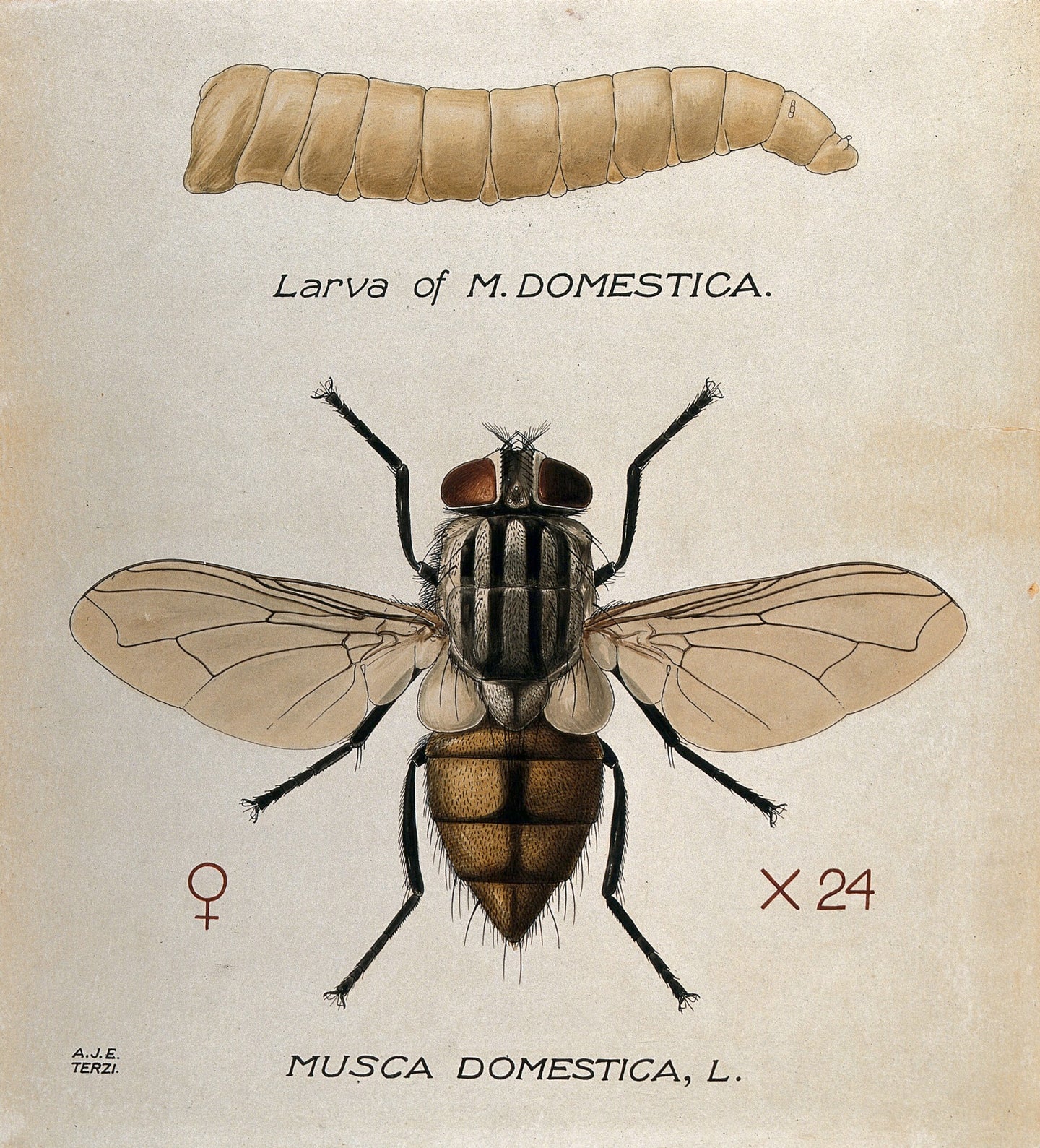 Pests have plagued U.S. presidents for generations. A rat nearly ate First Lady Frances Cleveland’s pet canary in the mid-1880s, according to Real Life at the White House: Two Hundred Years of Daily Life at America’s Most Famous Residence. A member of the Clevelands’ staff commented that they “didn’t know there were so many species of cockroaches” until starting work at the White House. During the Gerald Ford administration, a mouse scared the National Security Council out of the Situation Room, according to a report uncovered by the Washington Post in 1991.

Our last two presidents don’t have much in common, but they have both struggled with one mutual, winged enemy: the fly. There are multiple YouTube videos of Barack Obama swatting the large, persistent insects during interviews. Donald Trump has complained about the flies amidst tours around the West Wing. A sampling of White House work orders from 2017 included “Install 2 Bug Light in the W.W. Kelli Anne [sic] Conway Office.”

But bug lights are probably not the best option. Unless there is also an electric zapper involved, the most a light can do is lure the insects away from other lights. But finding a more effective solution requires sending a specimen to a university for species identification.

Different kinds of flies have different behavior patterns, says Katy Prudic, an entomologist and assistant research professor at the University of Arizona. Exterminators must match strategy to species. “Any time you want to control a pest, you’ve got to think like it,” she says.

While I was unable to obtain a fly for this purpose, there’s a limited number of kinds of flies politicking around Washington D.C. right now. The most boring (and probable) White House tormentor is the housefly, Musca domestica, the most common indoor fly species in the world. That’s the answer entomologist Cara Gibson went with after watching some Obama-era swatting. Female houseflies are perpetually on the lookout for detritus—decaying organic matter like old food and feces. Once they find it, they can lay eggs in batches of a hundred or more, which can grow up into maggots and eventually fly off to make babies of their own.

Prudic watched the same video as her colleague but came away with a different opinion. “We all think that Obama is a ninja,” she wrote in an email. “But watching the video, those seemed like larger, slower flies.” Since the 44th president was able to knife-hand strike the pests, she thinks that they might be cluster flies, Pollenia rudis. This species is bigger than the housefly and easier to kill by hand. It also has a completely different reproductive strategy. Cluster flies lay their eggs in soil; when the larva emerges, it begins to seek out earthworms. Once the young pest finds a worm, it begins to eat it alive until the larva is ready to pupate into an adult cluster fly. They usually only come indoors for the colder months and “cluster” around the windows of a warm building—hence the name. “My guess is that they’re waking up from hibernation and they’re in the White House,” says Prudic. “And it’s like this giant maze.”

There’s also an unlikely third candidate: the stonefly. “In the last week, when we had a short interval of somewhat warm weather, I received videos of stoneflies in and around residential houses,” wrote Stanton Andrew Gill, entomology specialist at the University of Maryland Extension, in an email. He works with the commercial horticultural industry in the state, and living in the region gives him insight into the swamp that someone from Arizona might not have. But stoneflies look significantly different from both flies discussed so far in this article—their bodies are elongated and they have protracted, pointy antennae.

Until the species mystery is solved, the flies will probably remain. “There is no solution until you identify,” says Gill. Flies are all driven by two crucial motivators: food and breeding location. But each kind of pest needs a customized response.

Controlling cluster flies is difficult, since they are less dependent than other species on food sources during the winter. Seeing as earthworms are beneficial in many ways—they improve soil quality and drainage—taking steps to limit the cluster fly’s main meal is not a great option. Neither is spraying pesticide once the insects have huddled indoors, as their carcasses might attract harmful insects like carpet beetles (which, after devouring the dead flies, will move on to wool, dry food, and anything else they can get their mandibles on). The best time to limit cluster flies is when they are migrating indoors. “If it was a cluster fly, the most I would say would be to tighten up the house,” says Gill.

The easiest way to control stoneflies is by making sure there’s no standing pools around, since they lay their eggs in water.

Proper sanitation—sealing garbage cans and immediately throwing away leftovers—could help with houseflies, since they are always trolling for nutrients and breeding locations. They are also drawn to sweet-smelling lures, like certain kinds of sticky traps.

Admittedly, though, large yellow ribbons of dead flies might dampen the dignity of one of our country’s most iconic buildings.