How Designers Plan To Create ‘The Route 66 Of The Future’

Roads that light themselves, paint that warns you about icy conditions, and more from the zany Dutch design lab Studio Roosegaarde 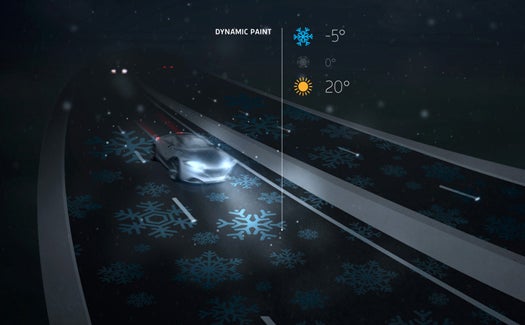 The folks behind the Dutch design lab Studio Roosegaarde have come up with some outrageous ideas (a vanishing cocktail dress! A sustainable dance floor!). So you know when they partner with a construction company to conceptualize The Future Of The Highway, as they did at Dutch Design Week recently, it’s going to be good. Also: weird.

But not so weird that their vision won’t be realized. In mid-2013, some of the earliest concepts will be implemented on a stretch of road in Holland, then later, if all goes well, on blacktop across the rest of Europe.

Those concepts include: glow-in-the-dark roads, asphalt paint that transforms in response to road conditions, and lanes that double as electric car chargers.

Why redesign highways? “By focusing on highways instead of cars, we’re innovating the Dutch landscape to make ‘smart driving’ possible for everyone (instead of those that can afford the latest cars),” Studio Roosegaarde’s Emina Sendijarevic says over email. And if it all works out, it could be more than just a cool way to show off the road-building gadgets we have at our disposal. “It’s about safety, creating awareness but also making roads energy-neutral in terms of lighting,” says Studio Roosegaarde founder Daan Roosegaarde, “and most of all: creating the experience of an icon, the Route 66 of the future.”

Herewith are the key features of that “Route 66 of the future”: 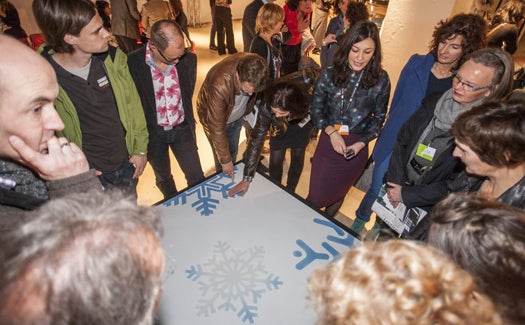 This is a paint that becomes visible to drivers based on certain “contexts,” explains Sendijarevic. When it gets icy out, white icons of snowflakes can show up on the road to warn people about the hazard, or another icon might give a heads up about an accident down the way. It’s already been in use for 30 years–bathmats that change color when they’re too hot for babies is one of Sendijarevic’s examples–but it was “the implementation that was lacking.” 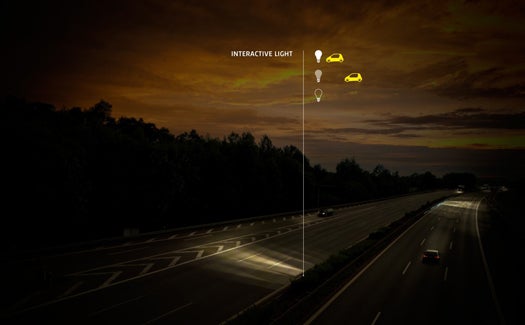 What if we could save power on highway lights by using them less, but also using them better? That’s a big part of the project. Glow-in-the-dark portions of the highway could charge during the day, then light up at night, saving energy. The team also wants to turn off lights when cars aren’t around, Sendijarevic says, or even use lights that “follow the car, chaperoning them home safely.” Some of the power this would require could be snagged by cars producing wind as they zoom by, ideally putting a buzzing, traffic-fueled ecosystem in homeostasis. 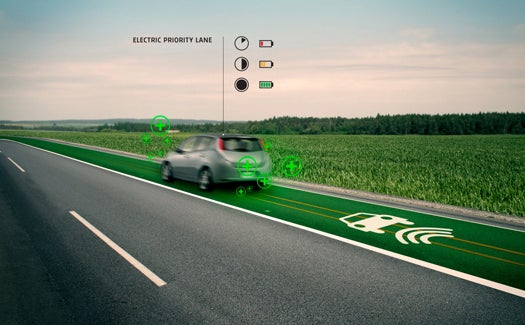 One of the most out-there (and also most interesting) ideas of the project is creating what’s, more or less, a gigantic car charger. (Literally. Something that charges your car.) A certain lane, called the “‘Induction Priority Lane,” would use magnetic fields under the lane to charge an electric car, “the same as charging your electric toothbrush,” Sendijarevic says.

Prototypes of the dynamic paint and glow-in-the-dark road concepts are slated for implementation next year in Oss, North-Brabant, Holland.