A New Theory Of The Mysterious Origins Of Ball Lightning

A mathematical theory for the origins of ball lightning, one of atmospheric science's rarest and more confounding natural phenomena. 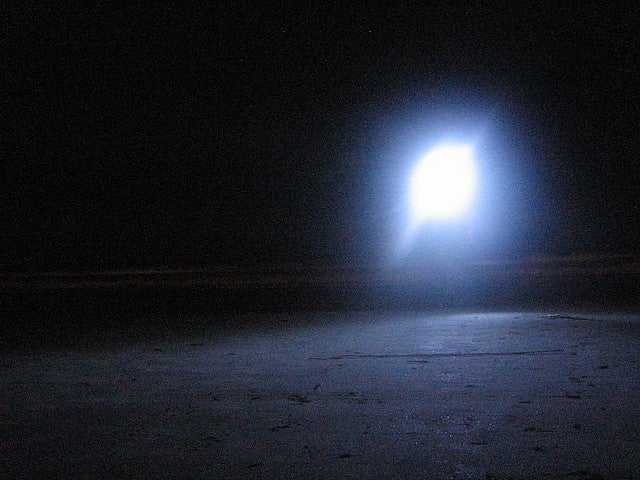 Ball lightning is one of those phenomena that is more or less universally understood to be amazing when experienced anecdotally but potentially terrifying when experienced firsthand. These glowing, often grapefruit-sized orbs of blue, electric light seem to form spontaneously, sometimes inside people’s homes or around airplanes generally only last for a few seconds and aren’t well understood, as it’s nearly impossible to empirically study them or create them because there is no broadly accepted explanation for how they originate.

But in a paper published in the Journal of Geophysical Research Atmospheres, researchers from Australia’s Commonwealth Scientific and Industrial Research Organization (CSIRO) and Australia National University have put forth a mathematical theory that they think explains how ball lighting occurs and why it tends to occur where it does.

In it, the researchers propose that ball lightning isn’t the result of microwave radiation, antimatter, or slowly burning particles of silicon leftover form lightning strikes (all of which have been theorized as the source of the phenomenon), but of leftover ions that accumulating and interacting with electric fields, often across some kind of dividing plane like a pane of glass (explaining why eyewitness accounts have sometimes described these glowing orbs as passing through glass.

Essentially, the paper theorizes that streams of ions–electrically charged particles–leftover from normal lightning strikes or some other source like aircraft radars (which also explains why the phenomenon has been associated with flying aircraft) accumulate on some thin planar surface like a glass window, creating an electric field on the other side. This field excites air molecules around it an in extreme cases cause a ball discharge–which can dissipate harmlessly or burst with some (terrifying) force.

The important thing about this paper is that it is a mathematical solution employing generally accepted equations for the movement of ions and electrons and such, so the theory should be testable. Moreover, it also jives with the empirical evidence, like ball lightning passing through glass or forming on or near the nose of airplanes.