The six scientists and one ex-government official have been sentenced to six years in prison after prosecutors said they assured the public there was a low chance of disaster. 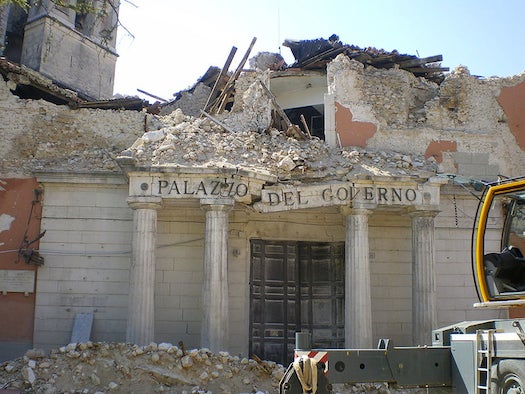 After a 6.3 magnitude quake hit L’aquila, killing more than 300 people, Italian officials arrested six scientists and one former government official, saying they were falsely reassuring about the chances of the quake. Now they’ve just been sentenced to six years in prison.

Ever since the charges of spreading “inexact, incomplete and contradictory”information have been levied, the scientific community has been eyeing this case closely. They’ve argued a conviction would set a dangerous precedent for scientists in the field–there’s not even a way to predict major quakes, they said, along with the scientists’ defense. In protest, a petition was signed by more than 5,000 scientists.

They were concerned then–and likely are even more-so now–about a “chilling effect” that could be started by a conviction: If this is the end result of working in the field, then who is going to want to be there, much less share their results?

There’s no word yet on if the defense will file an appeal.