What Caused This Baffling Epidemic Of Hallucinations?

Just in time for Halloween, a tale of pathogens and madness 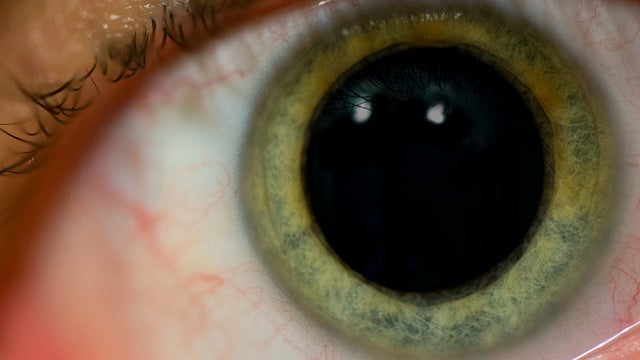 It’s a local news story that Stephen King could take notes from: Five people fell ill and started hallucinating, one after another, following contact with one woman who started seeing things in the dead of night.

The caretaker of a 78-year-old woman called the police in North Bend, Oregon’s pre-dawn hours to report people vandalizing her vehicle, KVAL news reports. The cops came and went, finding nothing, only to be called back at 5:30 a.m. for a similar complaint. The officers suspected she was hallucinating, and took her to the hospital, where she was given a clean bill of health and discharged.

But as the day wore on, everyone who’d come in contact with her started showing similar symptoms of mental distress: Both deputies, the 78-year-old woman, and a hospital employee all had to be hospitalized for similar symptoms.

That afternoon, a hazmat team descended on Oregon’s Bay Area Hospital, and the home where it all started, decontaminating vehicles and clearing the emergency room. They turned up nothing. “No source of the contamination has been found,” Sgt. Pat Downing told KVAL. “The vehicles, equipment and uniforms have been checked with no contaminates identified or located on or about them.” Not a blip in the patients’ blood samples, either.

What could cause five unrelated people, who’d spent only a few minutes together in total, to break into a rash of hallucinatory episodes after coming into contact with one another? Popular Science played detective with Professor James Giordano, Ph.D. at Georgetown University Medical Center’s Department of Neurology and Biochemistry on how hallucinations work, and how this case could have unfolded.

Environmental or psychotic? Drug-induced hallucinations tend to be visual in nature, while those that are auditory are usually psychotic in nature, says Giordano. You can have mixed hallucinations that are visual and auditory, or tactile, such as feeling hands on your shoulders, skin crawling, or being covered in armor, but visual, acute-onset hallucination symptoms as the sheriff’s department describes are usually triggered from something outside. Mushroom spores, aerosolized psychotogen, hallucinogenic drugs, and it wouldn’t have to be that the patient’s LSD got away from her — even some drugs used to treat Parkinson’s can have hallucinogenic effects.

But 10 hours after the first call, the hazmat inspection team found nothing. “If that was ruled out, and there’s no contaminant, the plot thickens.”

Hallucination or shared delusion? It’s known as the “campfire effect.” One person hears a bump in the night, and everyone around the fire is on edge, sure that every squirrel is Sasquatch. This group-think phenomenon could put all five patients in this story in the same hallucinatory boat — if it weren’t for their job descriptions requiring them to battle much more pressing mental states than someone panicked about car vandals. “Do you really want to think these police officers and medical professionals are suddenly very, very susceptible to having these types of induced delusions?” asks Giordano. “Probably not.”

He does concede that stress or physical demands, such as being extremely dehydrated, caffeinated, or exhausted, could prime a mind for a breakdown. Is it possible two police officers and a hospital employee were all just having a really bad day? “If the situation is stressful enough, that it’ll really sort of play on somebody’s mind strings. Here’s an individual who’s having vivid hallucinations,” Giordano says. “If they’re describing the hallucinations, particularly if they’re being very vocal about it… The idea that they may be having simultaneous experiences can happen.” Witnesses, for example, swearing that they saw someone on the grassy knoll. But it’s very uncommon. “Is it possible? Yeah. Probable or likely? No.”

Folie à deux, or “madness of two” This is the least likely answer, but interesting to consider: People living in close proximity for long periods of time could start to experience one another’s delusions as their own shared belief system. A child under the care of a mentally ill parent might believe that people are living under their house, for example. But this theory requires all five people to be isolated and living together or interacting every day for a long time — something that didn’t happen, unless the local news reports left out a major detail.

Working hypothesis Based on the limited details, Giordano says his gut goes back to a contaminant. “Although they said there was nothing there, the likelihood is that they missed it.” It could have been a very small concentration of a highly potent drug, carried on the patients’ persons from home to hospital. The five might have been exposed to a drug that altered their brain chemistry, and then were influenced by the previous patients’ experiences to follow the same path.

“Absent that, things get a little ‘whoa,’ what’s going on here. What we do know is that the brain’s an interesting place.”