Can You Really Die From A Hickey?

We asked a hematologist 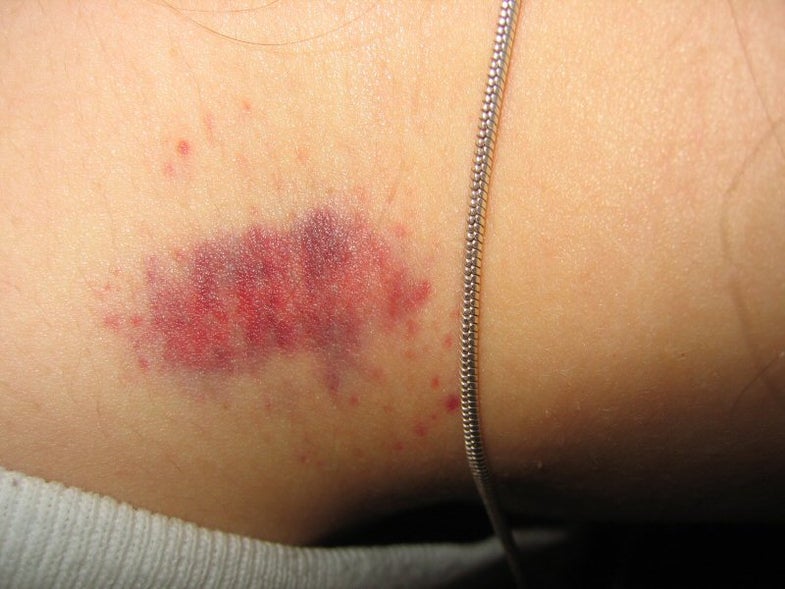 A teenager in Mexico City recently died after going into convulsions over dinner with his family. Local media have reported that a hickey (or chupetón) the teen received from his girlfriend caused a blood clot that in turn led to his fatal stroke.

Should you be worried about getting a blood clot from your next love bite?

No. You really should not. It’s not impossible that a hickey could cause a blood clot that leads to a stroke, but it’s incredibly unlikely, according to Charles Abrams, president of the American Society of Hematology and a hematologist at the University of Pennsylvania. It could happen if a person’s blood vessels are torn during the chomp. “But I think that would be pretty hard to do,” he says.

Blood clots can form both in veins, which carry blood to your heart, and in arteries, which are more muscular and carry blood away from it. Clots are more likely to form when blood flow is sluggish, and can be related to a variety of different conditions.

If a clot forms or becomes lodged in an artery, it can cut off blood flow to the heart or part of the brain, causing a heart attack or a stroke. This is typically caused by atherosclerosis—in which plaques of fat and cholesterol build up in the arteries, making them harder and narrower—rather than an injury.

It’s more common for injuries to cause blood clots to form in a vein. “I’m very surprised that a hickey could actually do this,” Abrams says. “It has to be real trauma in order to cause an arterial clot, probably much more significant than the trauma that it takes to form a clot in a vein.”

This is not the only report of a love bite apparently causing a blood clot and stroke. In 2010, the New Zealand Medical Journal described the case of a 44-year-old woman who experienced weakness in her arm several days after getting a hickey. She recovered after being treated with blood thinners. The physicians who wrote up her report described the incident as “an uncommon mode of blunt trauma” to the neck and carotid artery.

Blood clots in veins don’t typically cause strokes, but they can lead to deep vein thrombosis, aka the reason you should stretch your legs during a long flight. Clots that form in the deep veins of your legs, arms or torso can become lodged in the lungs, a dangerous situation called pulmonary embolism.

The odds of dying from a hickey-induced blood clot are vanishingly small. But venous blood clots kill more people than breast cancer, car crashes, and AIDS combined each year. “I’m struck by this hickey-associated clot, but I’m more concerned about the more common and real risk of having a clot in a vein,” Abrams says.