Enjoy The Feeling Of Adderall? You May Be Less Likely To Develop ADHD 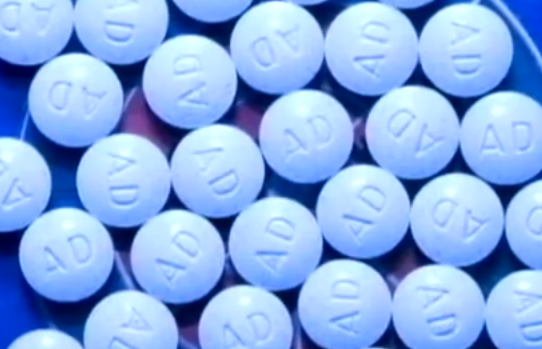 Amphetamine, the primary ingredient in Adderall, is commonly taken by people with ADHD to improve their focus, memory, and so on. Some people in particular who take this drug, also known as dextroamphetamine, report feelings of euphoria–they feel really good. And it turns out that people who say they really like the drug’s effects may be less likely than average to develop ADHD or schizophrenia.

That’s the result of a study published today (April 7) in Proceedings of the National Academy of Sciences. In the study, nearly 400 volunteers were given dextroamphetamine in a double-blind test and then gave detailed feedback about how the drug made them feel. Each participant’s genomes were sequenced and compared to genes known to be linked to an increased risk for ADHD or schizophrenia. People with alleles, or genetic units, that led to a euphoric response to dextroamphetamine were less likely to have genes linked to the two conditions.

“The people who like amphetamine would tend to be less likely to ever have those [disorders],” study author and University of Chicago geneticist Abraham Palmer told Popular Science.

The results speak to the role of dopamine in ADHD and schizophrenia. Amphetamine helps release dopamine into synapses, gaps between neurons, where it acts on the neurons and can lead to feeling really great. It is generally thought that schizophrenia may involve a certain hyperactivity in dopamine signaling, and ADHD the opposite. (In some cases, this has been over-simplified as involving “too much dopamine” in the former disorder, and “too little” dopamine in ADHD.) Regardless of that spurious oversimplification, the two disorders have been thought of as opposite ends of a spectrum. This study shows that things are a “bit more complicated,” Palmer said.

The link between “amphetamine-liking” and each disorder was surprising, said Dr. Wade Berrettini, a professor of psychiatry at the University of Pennsylvania’s school of medicine, who wasn’t involved in the study. “It tells us that alleles predisposed to euphoria are protective against schizophrenia, and we didn’t know that before,” he said. “You would also assume that alleles for any response to amphetamine might be predictive of risk increases for ADHD,” rather than the opposite, as found here. “In this I’m a little surprised.”

Those who report liking the effects of amphetamine may be more likely to abuse it, although the participants in this study were carefully screened to weed out substance abusers or people with psychiatric conditions.