How to watch the super blood wolf moon this weekend

Okay, it's really just an eclipse. 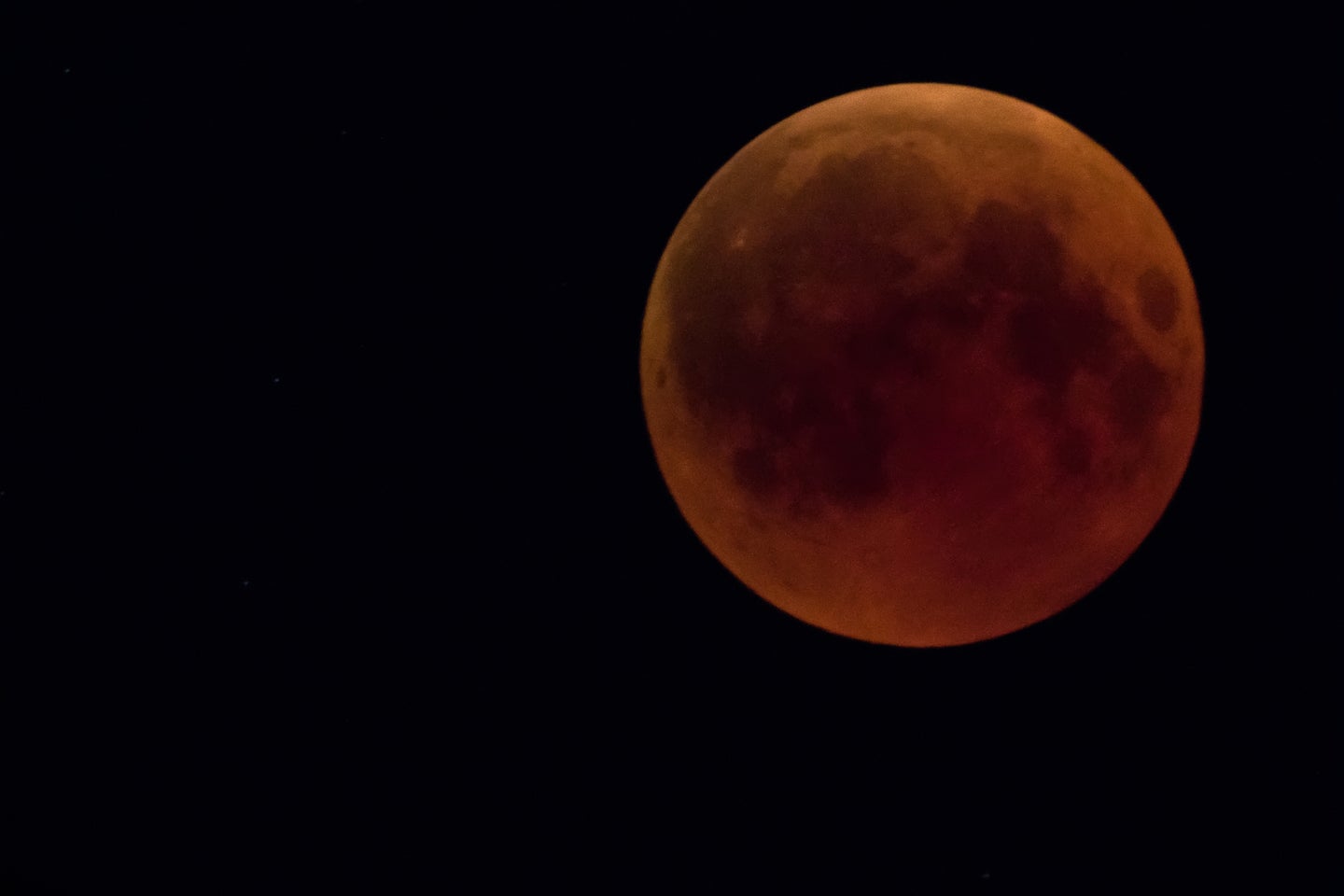 The eclipse is the real draw here. DepositPhotos
SHARE

As January 20 turns into January 21, a super moon will shine brightly in our night sky. And so will a blood moon. And a…wolf moon?? And a lunar eclipse! It’s the motherload of lunar extravaganzas, all happening in one night.

Of course, these are all the same moon. On Sunday night, stretching into the wee early morning hours of Monday, the one single moon we’ve adored for 4.5 billion years will be all of these things at once. If you play your cards right and find yourself lucky with the weather, you’ll get a chance to spend some time moon-gazing and enjoying a spectacle that’s about as rare as moon-gazing events get.

First thing’s first: you want to know what the heck a super blood wolf moon is, other than a game of Mad Libs run amok by middle school goth kids. Popular Science has a lovely primer for you that dives deep into the various moons you hear about every year (spoiler alert: it’s mostly nonsense). To summarize: A super moon is when the moon’s orbit brings it closer than usual to Earth. It’s not a crazy large difference, but you might notice it’s a bit bigger and brighter than normal. (As our science editor Rachel Feltman points out, Sunday night’s moon won’t be the closest moon of the year—just the closest of the month.)

A blood moon refers to a moon awash in a reddish tint, and this only happens during lunar eclipses. (So, it’s actually redundant to say it’s a blood moon and a lunar eclipse. Don’t be that person during your Sunday evening moon-gazing party.) The reddish tint is caused by the difference in how light bouncing off the moon scatters in our atmosphere when the moon sits in our shadow (as also happens when it’s rising or setting). Sunday’s lunar eclipse is total, meaning the moon will fall completely under the shadow of the Earth.

And lastly, the wolf part is… well, it’s basically made up. Weather websites and almanacs often claim it’s an archaic name given to full moons in January, when Native Americans and early colonists would notice the creatures howling rambunctiously outside their villages. But which Native Americans? When? Where? Why do we still put it in headlines? This added moniker is tenuous at best.

But what you really want to know is how to watch the magic unfold. Sunday’s eclipse will be visible throughout North America, South America, Europe, and Africa. It will happen in five phases: first the moon will enter the Earth’s outer penumbral shadow and lose brightness; then it will enter the umbral shadow and turn red as darkness continues to creep over the moon; then it will reach totality, fully enwrapped by the shadow of the Earth; finally, the eclipse will begin to wane as the moon moves out of the shadow, and the process will reverse in the last two phases.

According to NASA, the moon will start to enter the umbral shadow at around 10:33 p.m. Eastern Time, hit totality between 11:41 p.m. and 12:43 a.m., and exit the umbral shadow by 1:50 a.m. The whole thing takes place over five hours, but that’s not a pleasant prospect for a cold school-night. If you’re not that hardcore about your moon, you’ll probably want to just skip most of the process and catch a glimpse during the 62 minutes of totality. If you’re really crunched for time, get outside for few minutes around 12:15 for the best view. And of course, while you don’t need any equipment to see the eclipse, binoculars or a telescope always help to make the spectacle a bit more vivid and exciting. This is nothing like a solar eclipse; you can stare all you want! We’ve even got tips for taking a decent photo of the event.

If you miss out, don’t fret too much—lunar eclipses and supermoons are far from rare. You’ll have plenty more chances to peer out and see a red sphere blowing up your night sky soon enough. (It might not be a wolf moon, but that’s not really a thing anyway.)