Over the past few weeks, you may have noticed a flurry of headlines about a revolutionary new bed bug trap,... 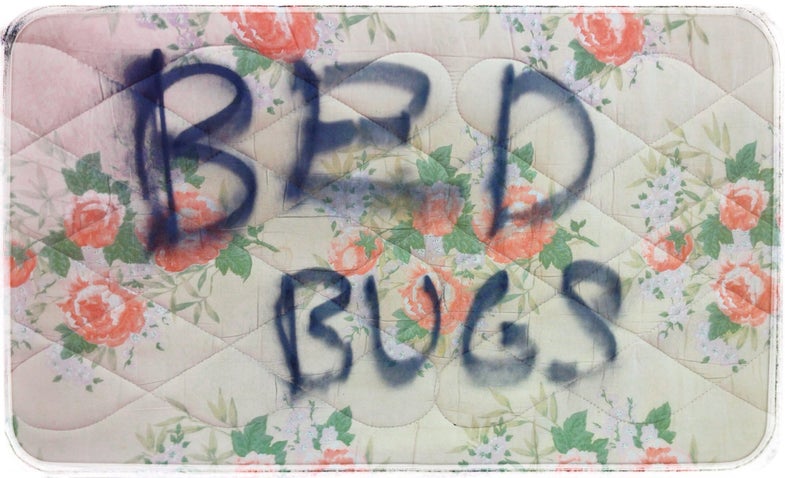 Over the past few weeks, you may have noticed a flurry of headlines about a revolutionary new bed bug trap, which its inventors claim will put a big dent in bed bug infestations. So, does this new contraption truly mean the end of bed bugs?

The new bed bug trap comes from researchers at Simon Fraser University, and it published in Agewandte Chemie, International Edition in late December. We’ve been trying to build bed bug traps for centuries. But what the SFU researchers have done is add a new twist.

Like many insects, bed bugs communicate with one another using chemicals called pheromones. One category includes aggregation pheromones, which signal the bugs to return to their refuge when they’re finished feeding on your blood. Refuges are usually cracks or holes or some other tight space, and they are filled with live bed bugs, eggs, feces, and cast exoskeletons. The scientists have identified six of these aggregation chemicals: five volatile compounds, which attract the bugs to the refuge, and histamine, a less volatile chemical that appears to keep them there. 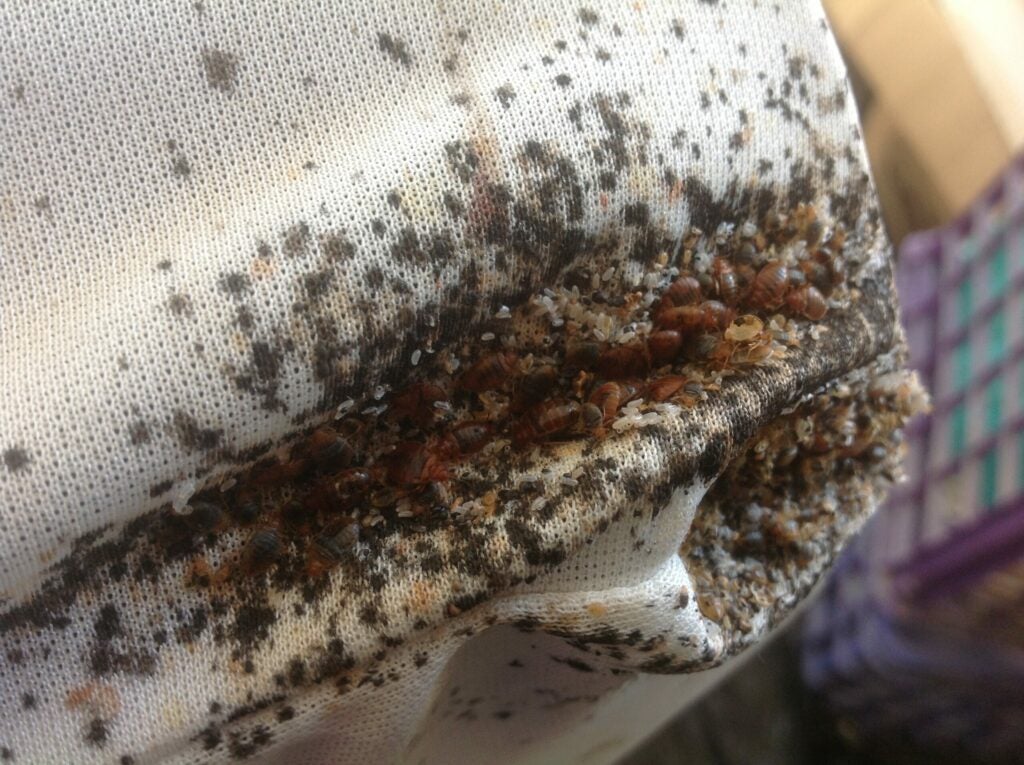 Bed Bugs in a Mattress Seam

Bed bug refuges contain live bugs of all life stages, shed skins, eggs (oblong and white), and feces (black-ish specks). The bugs are led back home after a meal via pheromones.

If a synthetic pheromone cocktail were used in a trap, you could imagine how it may effectively snag the bugs until they could be killed and discarded. In field studies, the researchers found that their traps worked on both male and female bed bugs from all six of the insect’s life stages. They also found that the traps worked well in apartments with light to moderate infestations.

The SFU team is not the only one working on a pheromone-based bed bug trap. Researchers at the London School of Hygiene and Tropical Medicine are also looking for the right mixture, although they have focused their search on bed bug poop alone, with the intent of using the chemicals with a sticky trap. The SFU group wouldn’t need a sticky trap thanks to the histamine.

I think a new pheromone-laced bed bug trap is promising—anything that could help people suffering from an infestation is a good thing. It’s also cheap, which is a plus. The researchers estimate each trap would cost around 10 cents.

But I don’t think this trap signals the end of bed bugs. It takes a single fecund female to start an infestation, so if a trap misses even one of those lovelies, problems could start anew. There is always the possibility, too, that some of the bed bugs will not be attracted to the trap regardless of its tantalizing scent, as there is evidence that the bugs will strike out for new hiding spots if a refuge is too full. The concentration of the pheromones will also be important—too strong, and it may lure the bugs from an adjoining apartment. No one wants that.

And then there is the matter of compliance. While it may seem strange, some bed bug sufferers refuse to let pest control operators enter their homes, regardless of how effective a potential treatment might be. If this happens in an apartment complex or other building with a lot of separate units, ridding bed bugs in one spot won’t necessarily help the structure’s overall problems.

So is the trap cool? Yes. Would I use it? If I had a bed bug infestation, sure. But while it’s a good tool for the bed bug arsenal, it’s just that: one tool of many.