The Genes Behind Your Weird Hair 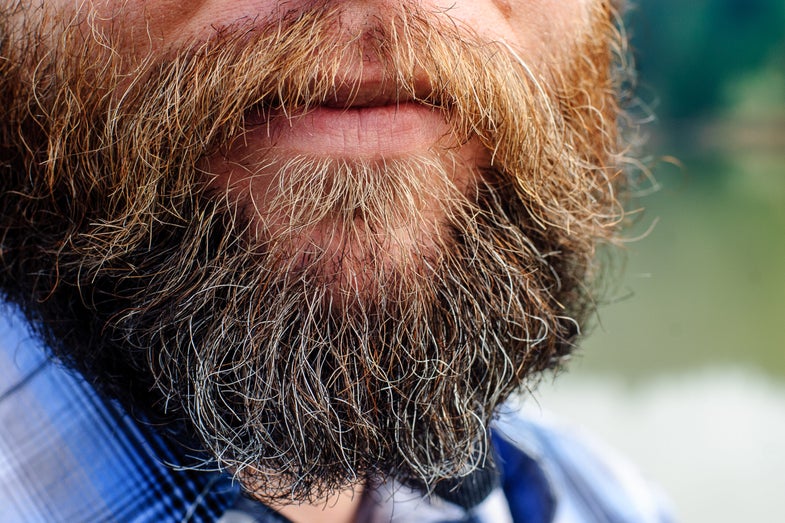 The hair that covers our heads and faces varies a lot in its color, thickness, and texture—even on the same person. Why does Anthony Davis have a unibrow but can’t rival James Harden’s beard? Why do men without red hair have red beards, and why do others go gray early? Now an international team of researchers may have found the answer lurking in our genes, according to a study published today in Nature Communications.

It’s no surprise that hair is heavily influenced by genes—for example, hair color varies a lot in places like Western Europe, the researchers write, and no one has straight hair in sub-Saharan Africa. The researchers decided to look at the entire genomes of more than 6,600 people from Brazil, Colombia, Chile, Mexico, and Peru, all of whom had a mix of European, Native American, and African backgrounds. These participants show “high genetic diversity and extensive variation in head hair appearance,” the researchers write.

The team assessed each participant’s hair shape (straight or curly), color, balding, graying; in men, they also appraised the thickness of beards and eyebrows. They found a few associations—men with thick beards had thicker eyebrows, for example—then scanned the participants’ entire genome for correlations between traits and mutations. This chart sums up the researchers’ findings, linking genes (bottom) with different qualities of hair (top)

The researchers identified 16 genes associated with different qualities of hair. Some of them had been predicted by previous studies—the EDAR gene has long been known to affect beard thickness, for example. But other findings were new—IRF4, known before to influence hair color, is now also connected to hair graying, and PRSS53 affects hair curliness.

While the researchers didn’t identify the mechanism through which these genes affect different traits, their correlations were strong due to the size of the study and genetic diversity of its participants.

These findings could provide scientists with future avenues of study for cosmetic purposes, such as using enzymes to slow hair graying or to make hair curlier as hairs are leaving the follicle, though some researchers are already working in a similar vein, using enzymes to promote hair growth.

The results could also be useful in forensics–a better understanding of how genes affect a person’s appearance could help police profile suspects–and even in anthropology so that researchers can create a more accurate picture of long gone civilizations.