There’s Not Much Evidence That Standing Desks Benefit Your Health

You probably end up sitting most of the day anyway 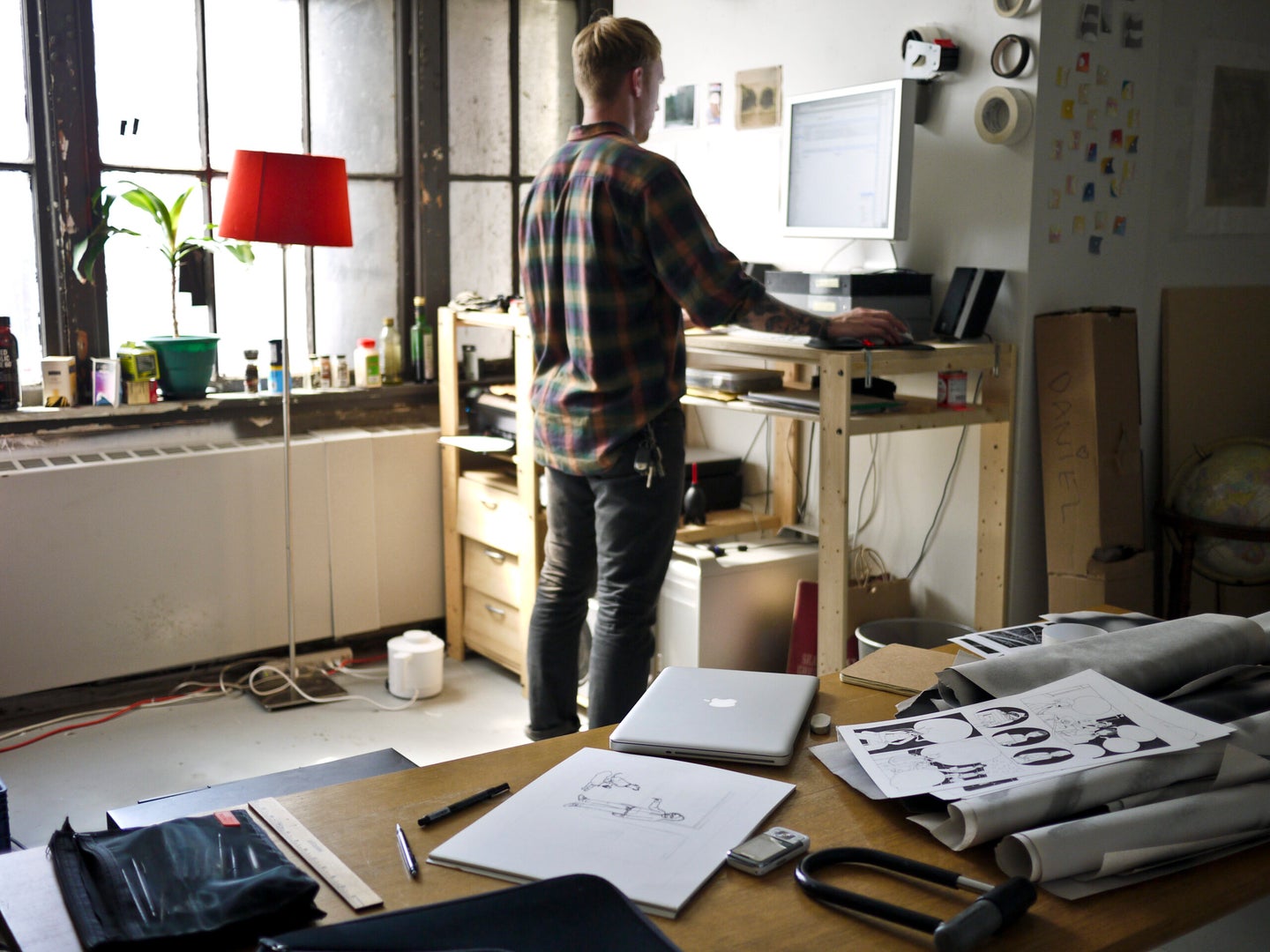 A new study suggests that there's little clear evidence on the benefits of standing desks. ramsey beyer via Flickr, CC by 2.0
SHARE

If you’re like 80 percent of American workers, you’re spending most of your day sitting. That comes with a slew of health problems, such as kidney disease, obesity, and reduced life expectancy.

The standing desk is one solution to get us up and moving. It’s fashionable, to be sure, but despite a number of studies, scientists haven’t been able to definitively conclude whether standing desks are actually beneficial to human health. Now a team of researchers has sifted through a number of studies that evaluated the effects of various interventions designed to get workers on their feet, compared to no interventions. In their paper, published last week in the Cochrane Database of Systematic Reviews, they conclude that the evidence supporting the healthful effects of using a standing desk is weak.

The team looked at 20 studies, all of which were variations on a randomized controlled trial. Some looked at how physical changes to the workplace environment (like offering people different desks or chairs), workplace policies (encouraging walking meetings or breaks), and giving workers more information about the harms of sitting changed how much time they spent standing, both in self-reports and objective measurements.

Standing desks aren’t that effective for a few different reasons. One, the researchers found, is that people who use sit-stand desks (that’s most people who use standing desks at all) only stand for up to two hours a day. There’s not much evidence in the medical literature to suggest that such limited time standing can reverse the effects of a mostly sedentary lifestyle in the long-term. Other efforts to get workers to be less sedentary, such as walking breaks or pedal desks, didn’t change the amount of time workers spent sitting, while some interventions like treadmill desks and computer prompting software (in one study) did increase the amount of time they spent standing.

But mostly the evidence put forth in the studies was simply weak. Many of the studies were poorly designed, with too few participants or that didn’t follow up with them to document the health effects over time. “There is a need for cluster-randomised trials with a sufficient sample size and long term follow-up to determine the effectiveness of different types of interventions to reduce objectively measured sitting time at work,” the researchers write.

These results are in line with those from a similar review published last year. And though anecdotally some converts claim that standing desks make them more productive (or maybe just more self righteous), the science is much less clear. So until researchers are able to conduct more (and better) studies to determine whether standing desks are truly beneficial, there are other ways you can improve your health, such as changing your diet or exercising more regularly.