Ebola: How Pop Culture And Infotainment Flame Our Fear

Last week, CNN’s Don Lemon did a segment on Ebola. It makes sense for the media to cover the virus,...

Last week, CNN’s Don Lemon did a segment on Ebola. It makes sense for the media to cover the virus, considering that the current outbreak has been raging for several months in West Africa—where it has killed more than 4,400 people—and that the first Ebola-related death in America occurred in Dallas on October 8th. There have been two secondary infections in the Dallas case, too, due to a serious breach of safety protocol. But what does not make sense is the “expert” Lemon invited on the show: eye-doctor and medical thriller author Robin Cook. Yes, really. Here is the clip and here is the transcript.

Why was Cook on the show? Because of his 1987 novel Outbreak, which features a fictional Ebola epidemic. During his CNN interview, Cook offered his opinion on the CDC’s response to the current, actual Ebola cases in the US, as well as his ideas on how easily the virus might mutate (which, by the way, contradicts what most actual infectious disease experts have had to say about it).

Then there’s the matter of The Hot Zone, Richard Preston’s 1994 best-selling nonfiction book about Ebola and Marburg, a related virus. While the book is a page-turner—one that I personally thoroughly enjoyed—it has been criticized as sensationalist. On August 24th, a decade after the book’s initial publication, it was #7 on the New York Times nonfiction paperback bestseller list. That particular list corresponds to book sales ending the week of August 9th, when media outlets were breathlessly recording the movement of ambulances carrying Ebola-infected US missionary aid workers to Emory University Hospital in Atlanta.

The Hot Zone has stayed in the top 20 on the bestseller list for seven of the past 10 weeks, and the book’s publisher has printed a reported 70,000 new copies.

To be clear, the Hot Zone was written by a journalist, and although it may be overly dramatic, it is not in the same class as a medical thriller. Still, both of these books depict infectious disease as entertainment, and both impact how people react to real-life outbreaks. There are outlets covering the crisis responsibly (The Washington Post, Global News, and Vox to name just a few). So why do people turn to fiction and sensationalized nonfiction to get their Ebola fix? And how do these fictionalized and popularized accounts feed into our collective—and in many cases, overblown—Ebola fear?

To help answer these questions, I spoke with historian Nancy Tomes from Stony Brook University, who has focused part of her career on the popularization of germ theory. 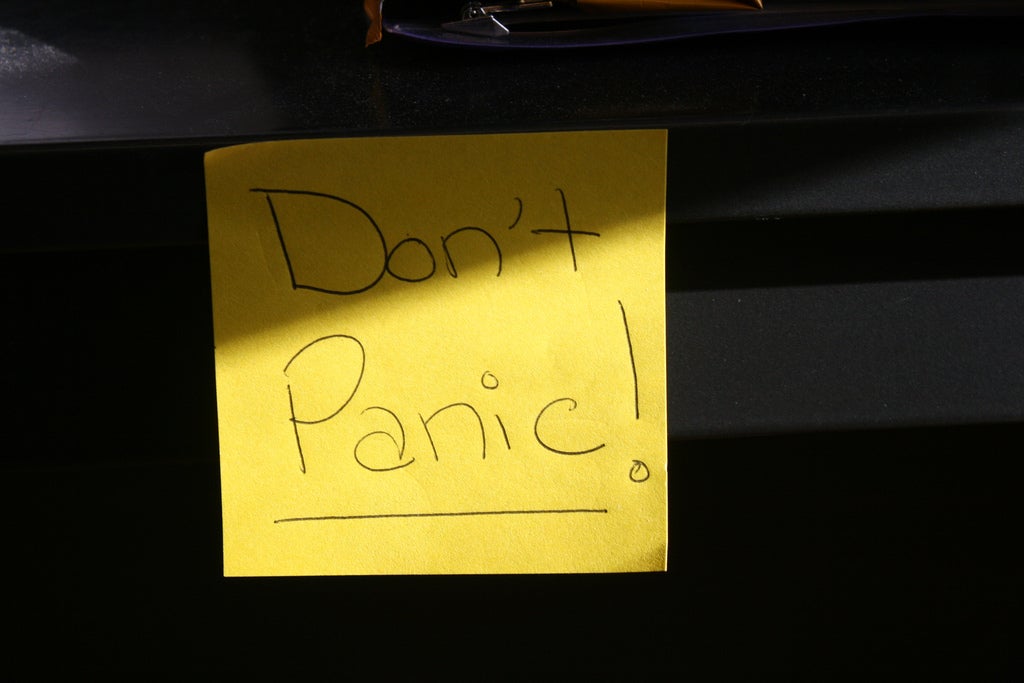 If you have not recently traveled to West Africa and you are not a healthcare worker who has treated an Ebola patient, Don’t Panic. You’re fine.

Part of the problem, says Tomes, is the act of making epidemics entertainment at all. Many of us like to be scared—including me!—and are drawn to post-apocalyptic shows and comics like The Walking Dead or scary novels like Outbreak. It’s no surprise that we also like to get information from nonfiction storytelling like The Hot Zone, which has a novel-like appeal.

These stories provide a catharsis for some of our deepest fears about the invisible threat of a pathogen. But it cuts both ways: they also exacerbate our fears in the real world. That isn’t to say that we can’t have nice things, like a fun comic series or scary movie or book. But we do need to be cognizant of the fact that consuming this media can twist our perception of an actual epidemic.

“There is a blurring of the lines between what is fact and what is fiction, what is science fiction, what is fantasy,” says Tomes. “There is this kind of sense that we’re turning an epidemic into entertainment and that makes me uncomfortable even though—here’s my sense of guilt—I do it academically. But how can we deal with it in a more responsible fashion?”

Adding to a germ panic, says Tomes, is the cultural climate in which it occurs. In a 2000 article she wrote on the topic, Tomes noted that the original germ panics started in the early 1900s, not long after scientific experiments again and again confirmed that pathogens were the cause of certain diseases. After that, there were more panics during the polio outbreaks and the AIDS epidemics, as well as related media and pop culture responses (although it initially took an enormous amount of effort to get the mainstream media to acknowledge AIDS). The current Ebola cases come to us during a period of distrust of experts as well as a tense geopolitical climate, says Tomes.

“As in past periods, there are other things going on that already have people quite freaked out,” she says. “This outbreak touches on the post-9/11 fear of disintegration of world order.”

Tomes wrapped her 2000 article with this: “Undoubtedly, we have not seen the last of the killer germ phenomenon, for it involves too many of the public health challenges we carry into the new millennium.”

Indeed. And having the likes of Robin Cook on a mainstream news station like CNN certainly doesn’t help.