The Future Of Antibiotics May Come From A Horse’s Behind

Some 15 years ago, an Email circulated suggesting modern transportation is based on the back ends of horses. From our... 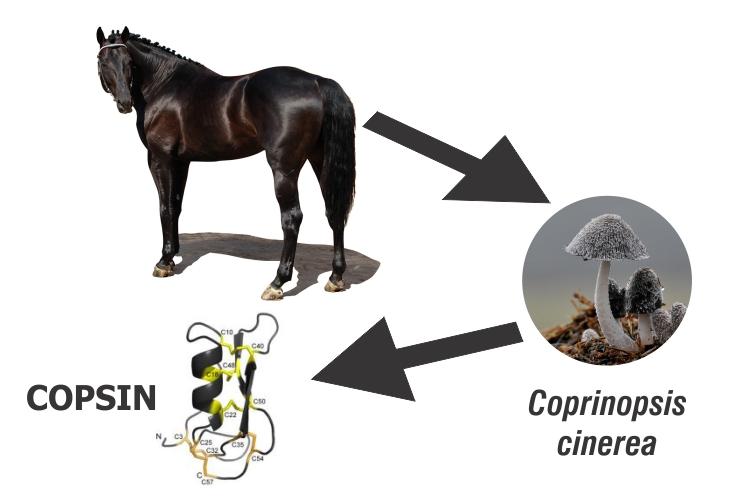 Some 15 years ago, an Email circulated suggesting modern transportation is based on the back ends of horses. From our railways to the design of booster rockets for the space shuttle program, the width of a horse’s behind dictated how we travel today. While this theory has been for the most part quashed, other areas of modern science have advanced due in part to the pony posterior and what comes out of it.

Horse manure has been a Janus-faced part of human life for centuries. Although it is known to harbor infectious diseases and is the prefect medium for the development of disease-carrying flies, it is also a perfect candidate as a fertilizer. Until the rise of the automobile, equine dung was a favorite choice in order to grow vegetables and other agricultural foods.

But as concern for environmental sustainability grew after the end of the Second World War, so did the potential for wider applications of horse manure. In the 1950s, the grassy matrix was thought to be a perfect starter culture for bacterial composting. In the 1970s, the potential for dung as a basis for biofuel was investigated. By the turn of the millennium, the matrix was regarded as a potential source for combustion heat without the creation of carbon dioxide.

While the environmental potentials continued to rise, medical options were slow to come. Apart from the growth of traditional medicinal mushrooms, which find horse manure an optimal resource, there was really no significant benefit to combat illness. That didn’t stop researchers from looking for antibiotics in the 1950s but there was little success. Although the potential was never dismissed, no one had any real luck finding a suitable candidate.

But in 2003, that changed somewhat with the identification of one particular horse fecal fungus, named accordingly as Coprinus, which comes from the Greek word, koprinos meaning “of dung.” When a series of six species were cultured and then tested against bacteria, results suggested the work of the 1950s was worthwhile. The fungi had activity against a number of pathogens and appeared to not be susceptible to resistance. From this work alone, the hunt for novel antimicrobials and antibiotics gained new momentum.

Over the years, Coprinus eventually split leading to the acceptance of a new genus known as Coprinopsis and a species called C. cinerea. In 2010, it became a potential resource for new antibiotics due to the identification of a group of chemicals called ethyl acetates. Their presence suggested even more novel antimicrobial options may lie within.

Last week, the theory became reality. A European team of researchers discovered a new antimicrobial from C. cinerea called copsin. Identified as a unique peptide, the finding could signal the beginning of a new direction in antibiotic development and offer hope for those concerned about resistance and the onset of the post-antibiotic era.

The group followed a standard procedure in which they first grew the fungus in the lab for four days and then harvested small amounts of the culture for testing. They then took these pieces and grew them on glass beads for another two and a half days. At this point, they introduced one of three different bacterial species, Bacillus subtilis, Pseudomomas aeruginosa, or Escherichia coli. After another two days of incubation, they looked for any signs of competition. Although neither the E. coli nor the Pseudomonas was affected, the B. subtilis was inhibited giving the team the ability to move ahead.

The next series of experiments focused on identifying which components of the fungus were responsible for inhibition. The team isolated different protein fractions from the fungal culture and then repeated the experiments. They continued this until they had a list of five possible proteins. At this point, they were analyzed by mass spectroscopy to elucidate the sequences.

At this point, the group cloned the suspected genetic sequences into a yeast species, Pichia pastoris, and then mass produced the protein. They once again went back to test whether there was any antimicrobial activity against B. subtilis. They were only successful with one, copsin.

Molecular and atomic analysis of copsin revealed it was complex and highly stable suggesting it could be an effective antibiotic. The molecule proved its potential by demonstrating activity against a number of potentially pathogenic species including those from Streptococcus, Listeria, and the vancomycin resistant Enterococcus, as well as the sepsis-causing Micrococcus luteus and even Corynebacterium diphtheriae, the agent behind diphtheria.

The results were so positive the researchers suggested copsin could represent a new future for antimicrobials both in medicine and in the food industry. By demonstrating not only its ability to kill bacteria but also overcome vancomycin resistance, the peptide also offered a novel route for future development of peptide-based antibiotics. Moreover, the mechanism of action – the targeting of a highly conserved bacterial molecule known as lipid II – offered hope acquiring resistance may be difficult for any microbial species.

This paper only represents the first study of copsin but hopefully, there will be more including animal studies and even clinical trials. With antibiotic resistance continuing to rise, the discovery of novel options such as antimicrobial peptides is not only helpful, but needed. As we look to maintain the arsenal against infectious disease, we can steer our eyes towards more natural environments such as horse manure. While the job may not be for everyone, the rewards for those who take on the challenge may not only fulfill personal vocations, but also may help to keep our ability to fight infectious diseases strong.