GMOs And Perennial Crops: Not A Thing (Yet, Anyway)

Last week, I published a story at NOVA Next about perennial crops, which, in this context, are grains and oilseeds... 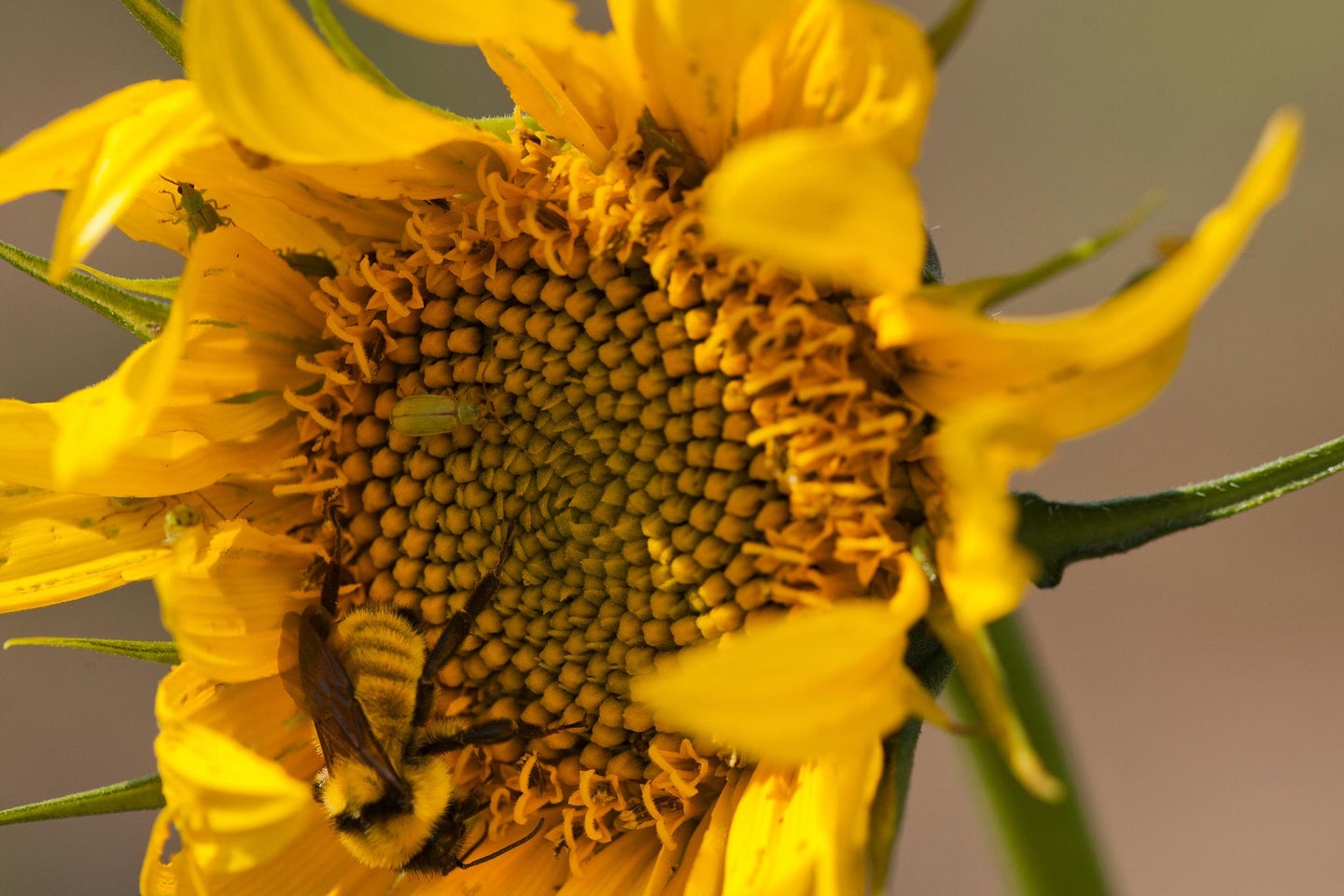 Last week, I published a story at NOVA Next about perennial crops, which, in this context, are grains and oilseeds bred to survive multiple seasons. The basic gist is this: researchers are trying to either domesticate wild perennial plants that show agricultural promise or crossbreed existing annual crops with wild perennial relatives. The goal is to get a crop that doesn’t require replanting every single year, which could have both environmental and economic benefits (there are, of course, some caveats, such as the fact that current perennial crops have much lower yields than their annual counterparts).

I follow NOVA Next on Facebook, and noticed my story pop up in my feed not long after it published. But I was disheartened to see that the top commenters weren’t discussing perennial crops. Instead, they were fighting about GMOs, which have nothing to do with the current state of perennial crop research. As of earlier this week there were about 60 comments and replies (not all of them related to GMOs. The second most common argument focused on population control, also not the topic of my story). Here’s a link to the post and here’s a screenshot of the top comments:

It’s no surprise when commenters don’t read the actual story before they dive into an argument (just look at this April Fool’s joke that NPR played earlier this year). Still, it’s disheartening that GMOs and Monsanto dominate many conversations about agriculture, even when neither has to do with the actual issue under discussion.

For the record, researchers who currently study and breed perennial crops are not using genetic engineering—instead, they’re tackling the problem with old-fashioned breeding boosted by modern genetic tools. I asked Andrew Paterson, a plant geneticist at the University of Georgia, why no one is using genetic engineering for perennials during our interview for the NOVA piece, and he pointed to several reasons.

First of all, while Paterson and colleagues have identified 9-10 genes that likely control perennialism in sorghum, the genes aren’t yet well known, which makes it impossible to insert them into another crop. “We don’t actually have any of the genes in hand,” he said. “We know where they are in the genome and we are working on their locations more and more finely, but there aren’t any of these genes that we can yet point to the specific gene among the 30,000 or so in sorghum.”

Even if they did know the exact genes, most GMOs that are currently available only insert a single new trait rather than information from multiple genes. The technology isn’t yet able to handle something so complicated as perennialism.

Paterson added that genetic engineering might not even be necessary—researchers may be able to hit on perennialism with traditional breeding, which would avoid the public resistance and high financial cost that come with GMOs.

I also talked GMOs with Timothy Crews, an ecologist and research director of the Land Institute in Salina, Kansas, one of the biggest perennial research centers in the world. “Our base is very, I’d say, opposed to transgenics for various reasons, from everything from ownership of life to ecological hazards,” he told me.

Still, he added: “If we figured out the genes that controlled perennialism or another trait we’re after, and if we could more carefully or specifically go after the introgression in these wide-hybrid crosses, then I would be very willing to consider it.” (Wide-hybridization means crossing plants that are different species, which may introduce traits you want along with a bunch of traits that you don’t. It’s tricky, and if genetic engineering were possible in this scenario, it could help bring in the desired traits while leaving the other junk behind.)

Crews also added that he whether he accepted the technology would depend on the context, including whether it was in the public domain and if the transgenes were moved within relatively closely-related organisms. “At what level is it acceptable—at what taxonomic level?” he said. “If you’re moving genes between the same individuals and the same species, or genera versus kingdoms—those are areas that, I think, are in need of further exploration.”

I asked a Monsanto representative whether the company is actively working on perennial crops. As far as perennial crops go—that is, trying to make a perennial staple crop such as wheat or an oilseed such as sunflower—the answer is no. The company does work with genetically-engineered alfalfa, which is a perennial plant, but this is a different situation where a naturally-perennial crop is altered to be pest-resistant or herbicide tolerant (the Bt and RoundUp Ready varieties).

If GMO technology does advance to the point where it can handle multiple genes—which is certainly possible—and if it is eventually applied to perennialism, it will be interesting to see how the public reacts.