Having too big a heart might not be good for you, after all 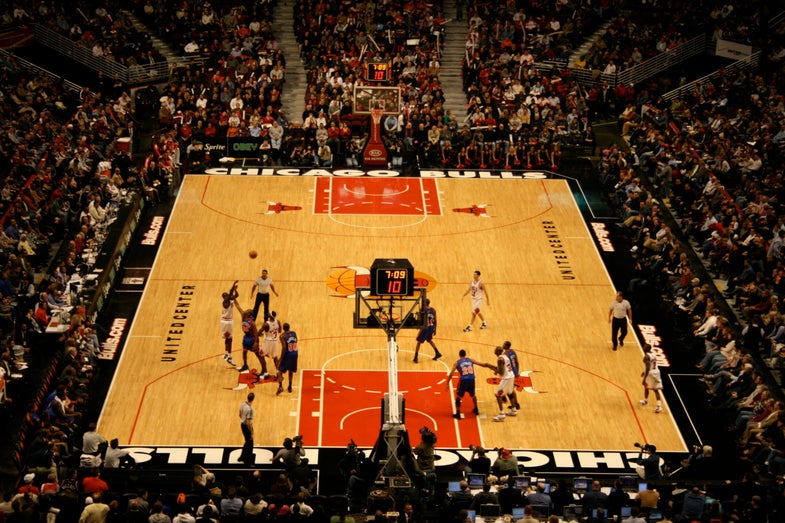 In 1993, a 27-year-old basketball player named Reggie Lewis died on the court during a game of sudden cardiac failure. It was tragic, and while deaths like these aren’t common, they’re more prevalent among basketball players than among other types of athletes. Basketball players are taller than the average person, and they exercise a lot, which makes their hearts larger. For some people, a big heart is just proportional and works just fine, but in others it can be an indication of a larger health issue that could cause fainting or even sudden cardiac death.

And it can be hard to tell which one a basketball player has; many of them often fall into a “gray area” where playing the sport can either be safe or dangerous. Now researchers from Columbia University Medical Center have gathered data from more than 500 professional NBA players to clarify the difference between normal and dangerously enlarged hearts. Their study was published yesterday in JAMA Cardiology and reported by Stat News.

In the study, the researchers took stress echocardiograms of the players’ hearts to get an idea of how well their hearts were working. The scientists used the results of the tests and the players’ height and body surface area to extrapolate important measurements of their hearts: the sizes of the left ventricle and left atrium, the heart’s overall mass, the thickness of the heart walls, and the diameter of the aortic root (the tube-like part that links the aorta to the rest of the heart). That aortic root measurement proved to be one of the most significant, the researchers found—athletes with that part of the heart measuring more than 1.7 inches in diameter should be monitored closely, the researchers write, as players with oversized aortic roots might need rest or even surgery, as was the case with one player in 2012.

The researchers acknowledge that they didn’t compare the athletes’ hearts against those of non-athletes who didn’t have enlarged hearts. And echocardiograms shouldn’t be the sole basis for doctors to determine if an athlete is suitable to play ball. But the study is an important step at eliminating the gray area between healthy and potentially dangerous enlarged hearts in basketball players—and maybe even in athletes in other sports like football where sudden cardiac death has happened, too.