New Device Detects Asbestos In Real-Time, With Lasers And Magnets

We can all breathe a little easier. 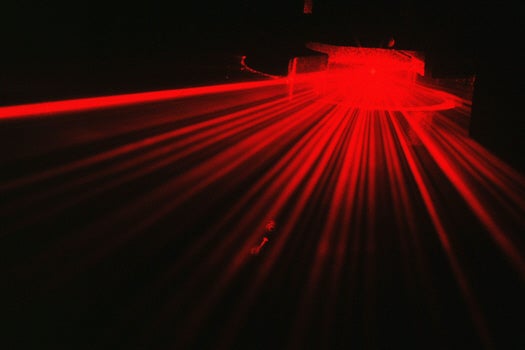 Asbestos is an insidious killer, with a nasty habit of being most deadly when it is least visible. Fortunately, a new device can detect asbestos on site, without a lab test.

Popular in construction because of its fire-retardant properties, asbestos is mostly harmless if left alone. However, friction or other damage can make asbestos-containing products release asbestos fibers into the air, which are tiny, thin, and carcinogenic. Inhaled asbestos fibers increase the risk of lung disease, especially mesothelioma, which is a cancer than can wait as long as 40 years after exposure to strike the lungs and heart, and generally proves fatal within a year of development.

The best way to not get mesothelioma is to avoid asbestos exposure, but that’s not always possible for people working in building demolition, repairing ancient car brakes, or doing the dirty job of renovating old, probably-asbestos-containing buildings so they are safe for new occupants. In those instances, it’s helpful to find out if there’s loose asbestos in the air, and it’s best to do so as quick as possible.

At the University of Hertfordshire in England, researchers made a new sensor that can detect asbestos in the air on site, without having to send samples back to a lab for a evaluation, which is expensive and time-consuming. The key to their device? The inherent magnetic nature of asbestos.

The sensor works in three stages. First, you shine a laser on a stream of airborne particles. Light bounces off the particles in complex patterns that help scientists “detect single airborne fibers that are far too small to be seen with the naked eye,” researcher Paul Kaye says. Then you pull the stream of airborne particles through a magnetic field. On the opposite side, you shine lasers through the same air stream. If the fibers align with the magnetic field, they are probably asbestos.

These sensors will likely be on sale in 12 to 18 months, and at an expected price of $800, they should be affordable for construction companies and even some larger-scale residential renovation projects.