A great climate comes from happy soil. Could happy soil come from California?

The largest agricultural economy in the country is paying farmers to improve their lands' health. 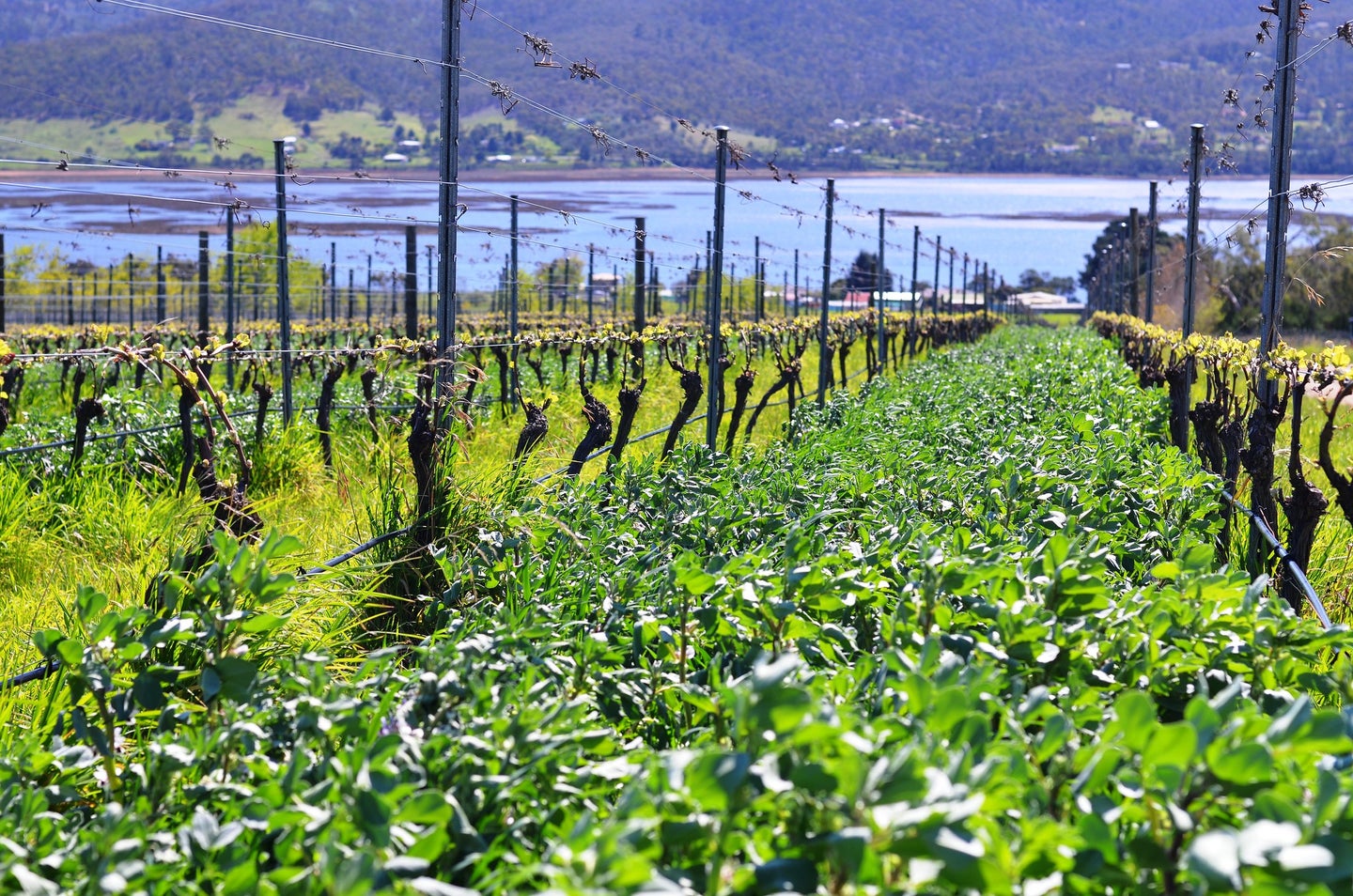 The way we’re using our land isn’t helping our chances of limiting global warming. As last week’s IPCC report on land use and climate points out, agriculture, forestry, and other land uses are responsible for 22 percent of annual greenhouse gas emissions. But it doesn’t have to be like this.

We need farms for food, of course. Normally, farms degrade and deplete their soils, which are an important sink for atmospheric carbon; the IPCC report states that regularly tilled fields lose soil at 100 times the rate they could possibly form new material.

Switching the way we farm could change cultivated lands from carbon sources to sinks, as well as create other co-benefits like increased resilience to climate change. “We know that agricultural land has the potential to sequester more carbon and reduce greenhouse gas emissions more than urban developed land,” says Jessica Rudnick, who studies environmental policy at the University of California, Davis. That’s why policy makers have started to pay more attention to soil. And California—the largest agricultural economy in the U.S.— is the first state to enact a policy that specifically addresses climate through soil conservation.

Started in 2017, the Healthy Soils Program pays farmers and ranchers to improve their soil’s health, increase its ability to store carbon, and reduce its greenhouse gas emissions. Every winter, farmers can apply to receive three-year grants based on new practices they promise to use and their estimated climate benefits. More farmers are applying every year—and that means more acres of land are cutting their contribution to climate change. In 2018, the state funded 194 projects, then 217 the following year. Based on existing projects in 2018, there’s potential to cut over 115,000 megatons of CO2 equivalents across 10 years.

Soil is the “excited skin” of the earth, as soil scientists put it, and whether we nourish that skin or scrape away at it has big implications for mitigating and weathering climate change. As plants pull CO2 from the air and incorporate the carbon into their leaves, stems, and roots, they also add it into the ground. Left undisturbed, the ground beneath a forest or grassland serves as a bank of carbon. But many conventional farm practices turn the earth, leading the stored carbon to be released back into the atmosphere. Bare, exposed land is also vulnerable to wind and water, which rob fields of carbon-rich topsoil. Not only is that stored carbon lost, but the soils suffer—they no longer have the healthy structure and plant nutrients that they once did. These degraded lands don’t store water as well anymore either, making it harder for crops to endure a dry spell.

Agencies, especially the Natural Resources Conservation Service, have promoted healthy soil practices for decades, but these actions have only recently become valued for their climate benefit. One that Allison Rowe, climate smart community education specialist at Ventura County’s UC cooperative extension offices, is especially excited about is cover cropping. “Cover cropping is one of my favorite topics of all time,” she says. “What I love about cover crops is that they utilize the most ancient, tried-and-true carbon capture and storage technology out there, which is photosynthesis.”

Cover crops are plants—often a grass, grain, or legume—cultivated outside growing seasons. They can also be planted in between rows of perennial crops, like fruit trees. They can increase soil carbon, create pollinator habitat, and reduce earth compaction, among other benefits. Chris Sayer, a fifth generation farmer in Ventura County, has used cover crops for 15 years at Petty Ranch. Around the lemon and avocado trees, he rotates between different winter cover crops, mostly triticale and barley. The cover crops have increased the soil’s organic matter—over half of which is carbon—from about 2.5 to 3 percent up to 5 to 5.5 percent. He says the increased organic matter allows his land to store more water during winter rains, reducing the need for irrigating the 57-acre farm, and has also prolonged the life of his aging lemon trees. While Sayer probably won’t apply for a grant since he’s already cover cropping, he’s supportive of the program. “It’s a really great way to help people adopt these practices,” says Sayer. “I think, in time, the improvements in soil can be reflected in the bottom line.”

Rowe describes a few other practices popular in the county: mulching, composting, and planting windbreaks. Mulch is woody material used as cover on soil; it slowly decomposes, adding carbon, and also helps hold water and stop weed growth. Adding compost also increases soil carbon and health. Windbreaks—lines of trees on agricultural lands—prevent wind erosion and can also be a home for birds.

Rowe says the farmers she talks to are really interested the soil health program. “A lot of farmers and ranchers don’t need to read the IPCC report to know that the climate is changing because they’re living it,” she says. “It’s impacting their livelihoods, it’s impacting their bottom line.” She’s seen that avocado groves using soil health practices are more resilient to heat waves, since the ground can store more water. This phenomenon underscores a key point made in the IPCC report—that climate change will harm food security. But it also shows that caring for our soil can reduce this impact.

The California program’s success will depend on how many people participate, says Rudnick. It’s voluntary, and the tricky part is getting through the application, which requires technical calculations to estimate climate benefits. So it’s important to try to ease that barrier; some local farm bureaus, for example, hold workshops to guide applicants through the calculations. In addition, it’s unclear if farmers will continue these practices after the grant money runs out. After the three-year grant period is up, they can’t apply again to use the same practice—the program is intended to be a kickstarter. “Both widespread and sustained adoption is really important for soil carbon to actually have an impact on greenhouse gas emissions.” If done right, Rudnick adds, these programs can cut emissions, build climate resilience, and maintain crop productivity.

It seems the state is interested in growing the program, too. During the 2018 to 2019 cycle, California allocated $15 million for the program. For the next round of applicants, there’s $28 million available.

Rowe is excited to ramp up interest in the soil health grants. “I see an incredible opportunity to address climate change ecosystem services and farm profitability by focusing on the health of your soil and being able to manage our lands in a way where we’re able to feed our communities [and] make a living while sequestering carbon and protecting our planet,” she says. “I think the work has just begun, and I hope it can continue.”