The Forest Service wants to open 9.2 million acres to potential logging. Here’s your chance to say something about it.

The announcement came just days after a report of a $600-million loss from logging operations in the Tongass National Forest. 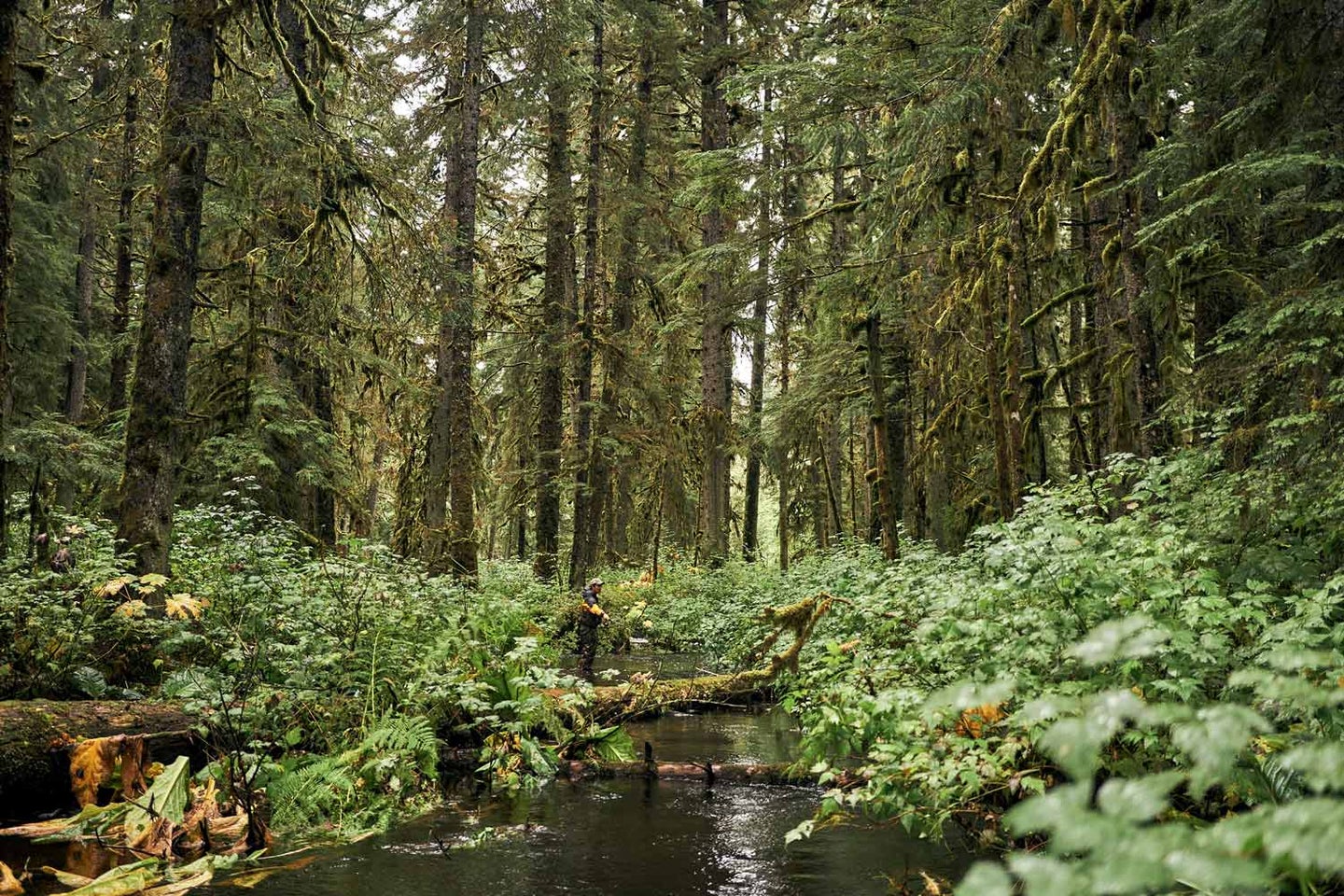 The Tongass National Forest in southeast Alaska is the largest temperate rainforest in the world and the largest national forest in the US. At almost 17 million acres, it’s a wonderland for hunting and fishing. The U.S. Forest Service announced plans last Tuesday to open up 9.2 million of those acres to potential logging and development. The service would do this by exempting the Tongass from the Clinton-era Roadless Rule, which regulates punching new roads into undeveloped forest service lands. The public comment period for this plan is now open (you can leave your comment by clicking here).

I spent a week last month hunting, hiking, and fishing the Tongass and, more importantly, hanging out with the folks who make their living off the forest. In this country, mountain goats roam the alpine, Sitka blacktail deer slink through the old growth forests, moose and ducks are scattered throughout costal marshes, and brown and black bears are…everywhere. The fishing is even more robust. The Tongass’ rivers and creeks support more salmon than all other national forests combined, and the fishing and tourism account for more than 25 percent of local jobs in the region. The Tongass produces 28 percent of Alaska’s commercial salmon catch and Tongass salmon fishing generates $1 billion annually, according to Trout Unlimited.

Now, if you think this post is going to devolve into an anti-logging diatribe…not so fast. I’m from the Midwest, where good logging practices generally help the wildlife and the hunting. New growth means habitat and food for deer, grouse, and turkeys. I’ve killed plenty of critters (including one big bull moose in Canada) in old logging cuts, and I like logging at the right place and time. Besides, the trees we print our magazine on don’t knock themselves down.

But Tongass isn’t the Midwest. It’s an old-growth cathedral of evergreen rainforest. Spruce, cedar, and hemlock thrive in steep terrain that’s often many miles from any established road.

And it’s important to note that old-growth logging isn’t the booming industry that it used to be in Southeast. In fact, reigniting the old-growth logging here would likely require some serious federal subsidies. The Forest Service lost about $600 million through its management of the Tongass National Forest, according to a new report from the Taxpayers for Common Sense. The nonpartisan group calculated the Forest Service’s losses through road-building and timber sales and found that the average net loss was about $30 million annually over the past 20 years.

Building new logging roads through vast wilderness is expensive. What’s more, Tongass timber is a mix high-value sawtimber and low-quality trees. “Alaska has the most valuable and some of the least valuable softwood trees in the world,” writes Orions Schoen in “North Pacific Temperate Rainforests.” In other words, for loggers to get to the good stuff, they’ve got to churn through a ton of low-value timber. And according to one 2013 study, about 66 percent of the large-tree old-growth forest on the Tongass has already been logged.

The whole ecology of the Tongass relies on two key factors: giant coniferous trees and clean, cold water. The massive trees force the creeks and rivers to meander, which creates ideal spawning habitat for salmon (the place is nicknamed the Salmon Forest).

Those salmon die after they spawn, and those rotting fish carcasses put tons of nutrients back into the forest. Black and brown bears gorge on the salmon, but so do eagles, ravens, wolves, and even ducks (local waterfowlers don’t like shooting mallards during the later stages of the salmon runs here because they taste fishy after gobbling salmon eggs and carcasses). Blacktail deer need those old-growth forests for wintering habitat. And locals rely on all these critters for subsistence hunting and fishing, as well as the dollars they bring in from traveling outdoors people.

When you compare that existing, thriving economy to the potential new one from a resurgence in old-growth logging, the smart bet is on conserving this habitat for hunting, fishing, and tourism. Austin Williams, Trout Unlimited’s Alaska legal and policy director, wrote in a statement:

The Tongass is all of ours. Repealing the Roadless Rule would cast aside years of collaboration and thriving businesses that depend on healthy forests, and usher in a new era of reckless old-growth clear-cut logging that pollutes our streams, hurts our salmon and deer populations, and spoils the forest and scenery. This proposed rule is a complete about-face from the direction we should be headed and reflects the fact that special interests and not common sense are guiding this decision.

People throughout Alaska and the rest of the country depend on the productive rivers and wild fish of the Tongass for food, jobs, and recreation. We urge anyone who shares these values to comment to the Forest Service and urge them to uphold the Roadless Rule and conserve key areas of the Tongass, including the highest quality salmon-producing watersheds within the Tongass 77.

Lastly, the ‘Roadless Rule’ is poorly named. It makes it sound impossible to get new development into the forest. But that’s not totally true. About 58 development projects have been proposed in Roadless areas in the Tongass and Chugach national forests, and 100 percent of those projects have been approved by the Forest Service, according to Williams.

“There’s just no good reason to take the Tongass out of Roadless,” he says.

If you agree, click here to leave your official comment with the Forest Service. The USDA has outlined six options for the forest, ranging from no action (in other words, leaving the Tongass in Roadless) all the way to removing 9.2 million acres from Roadless protection.