2019 has been a record-breaking year for this rare, deadly virus

The Eastern equine encephalitis virus has spread to humans in eight states. 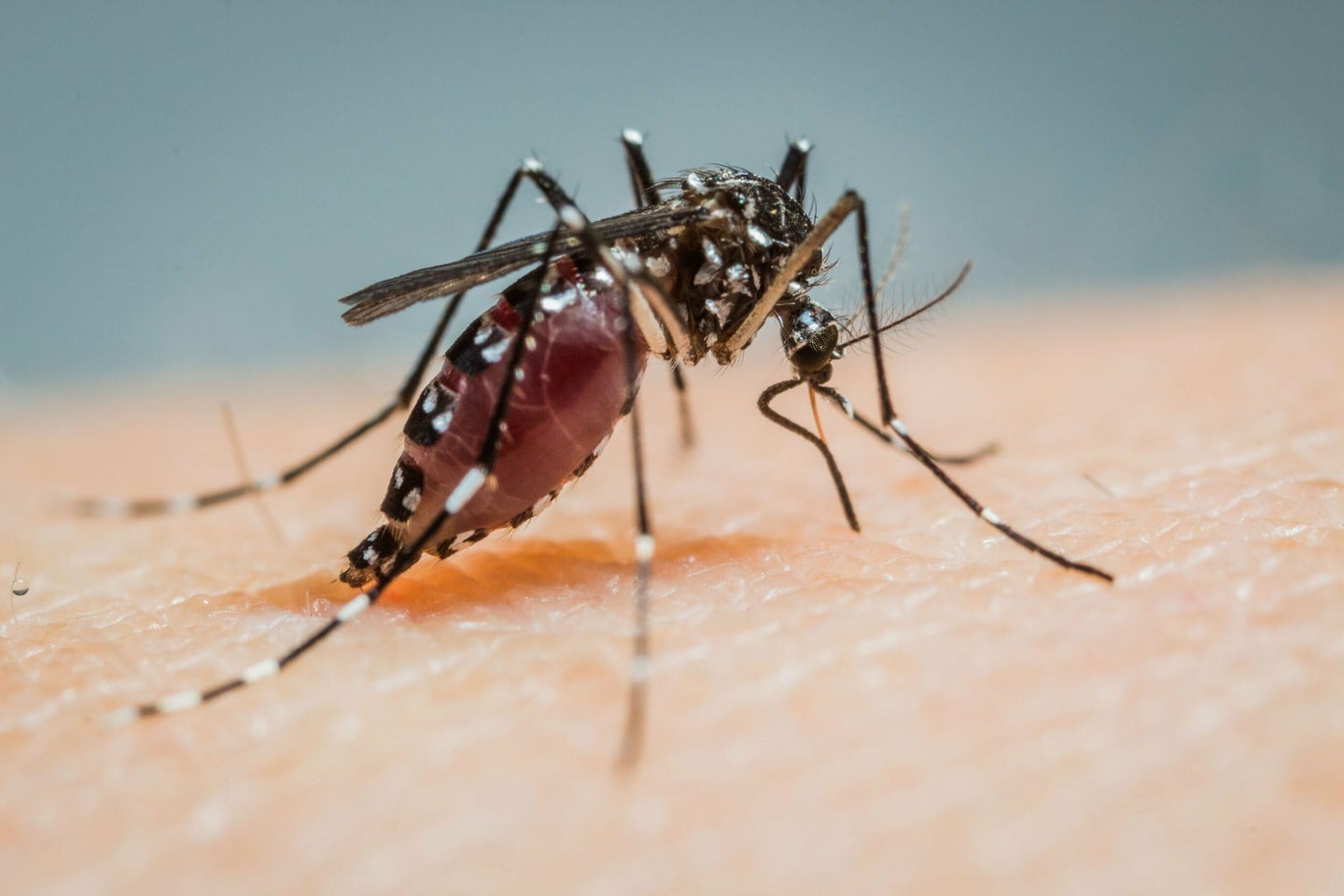 On average, the United States sees seven human cases of a mosquito-borne virus called the Eastern equine encephalitis virus each year. In 2019, though, more than 30 cases have been reported—the highest ever on record, according to data collected by the Centers for Disease Control.

The virus started circulating in Orange County, Florida, in July, and was identified in a group of chickens that researchers use to monitor levels of mosquito-borne diseases in the area. Now, human cases have spread to a number of states, including Michigan, Massachusetts, Connecticut, Rhode Island, Indiana, Tennessee, and New Jersey. Still others have mosquitoes or animals that have tested positive for the virus.

EEEV is dangerous: When it spreads to humans, the virus can infect the brain, and it turns fatal in about a third of people, according to the Centers for Disease Control. But the disease is also extremely rare in humans—it only affects an average of seven people in the United States each year. In Michigan, which has had 10 cases of EEEV and five deaths during the late summer and early fall, public health officials are working to strike a balance between avoiding panic and making people aware of the risk.

“We don’t want to panic anyone, we want them to go out and enjoy Michigan,” says Lynn Sutfin, public information officer with the Michigan Department of Health and Human Services. But the department is encouraging people in areas with EEEV activity to take precautions: They say to avoid being outdoors at night, regularly apply insect repellent, and wear long sleeves. People should dump out standing water in buckets or small pools, since that’s where mosquitoes lay eggs. The department recommended that outdoor activities be rescheduled so that they take place before dusk, especially if they involve children.

“We’re stressing the fact that yes, it is rare, but it has a 33 percent fatality rate. It’s better to be safe than sorry, and to take precautions,” Sutfin says.

The Michigan Department of Health and Human Services started preparing for potential EEEV cases after they began seeing infected animals, and as other states in close proximity, like Massachusetts, started reporting cases. Horses often pick up the virus first, and have fevers, a staggered gait, and are eventually unable to stand. In people, the virus causes sudden fever and headache, which can progress into disorientation, seizures, and coma. In response to the spike in cases this year, the department is discussing trapping and testing mosquitoes for the virus earlier next year, to try and prepare in advance if cases occur again, Sutfin says.

Florida is the only place in the country where EEEV circulates year-round, and any virus present in other states originated in Florida. The virus is carried by a type of mosquito called Culiseta melanura, and during its life cycle, it passes from birds to mosquitoes and back again. Culiseta melanura mosquitoes don’t bite humans directly—instead, they can pass on the EEEV virus to other types of mosquitoes that do interact with people.

The cause of the surge in cases this year is still unknown, but there was a lot of virus activity in Florida last year, says Thomas Unnasch, an expert in EEEV and distinguished professor in the College of Public Health at the University of Southern Florida. “More virally infected birds may have been able to make the trip north, resulting in the bad year the Northeast is seeing now,” he wrote in an email to Popular Science in regards to the uptick seen this fall.

Going forward, like all viruses transmitted by mosquitoes, there’s a risk that EEEV could have a bigger impact under a warmer climate. The number of annual cases may start to creep up. “I would not be surprised at all to see that happening,” Unnasch says.

The changing climate makes environments more accommodating for people-biting mosquitoes, says Sadie Ryan, a professor in the department of geography and Emerging Pathogens Institute at the University of Florida. Research shows that the range of mosquitoes, and the range of mosquito-borne diseases, is likely to expand under a warming climate: hotter, wetter temperatures are generally beneficial for mosquito life cycles. That might make it more likely for people to come in contact with mosquitoes carrying EEEV. “We could see more of that bridge happening,” she says.

Culiseta melanura mosquitoes that carry EEEV thrive in swampy, isolated areas, Unnasch says, and warming temperatures north of Florida could expand the region they transmit the virus in. “It could expand the range,” he says.

Some migratory birds also carry EEEV, which is why it can appear in swampy areas of states like New York and Massachusetts. It usually doesn’t linger for longer than a few years, though, Unnasch says. “The virus gets introduced, it bumps along for four or five years, and then a severe winter will kill mosquitoes and block the transmission of the virus.” However, if warming climates up north mean that winters are less severe, the virus might be able to carve out a more permanent foothold in those places, he says. “It may actually become much more strongly established.”

Hurricanes are made more severe by warming temperatures, but those changes might actually hurt EEEV-carrying mosquitoes, notes Unnasch. In the Florida panhandle, for example, Hurricane Michael knocked down trees in the swamps that served as a habitat for Culiseta melanura. However, uprooted trees leave behind water-logged hollows. “Those could be wonderful habitats, once they’re able to repopulate,” he says.

In addition, urbanization in places like Florida can intersect with climate change as it brings people’s homes and workplaces into closer contact with wild areas, including swamps where mosquitoes thrive. It may make spillover between animal reservoirs of a virus and people more common, Unnasch says.

While there’s evidence of general trends in mosquito activity in a changing climate, there are still a lot of unknowns about the ways EEEV transmission, specifically, might change. That’s likely in part because it’s so rare, Ryan says: It’s hard to find out about things that don’t happen very often.

However, because the disease is so dangerous, it’s good to be aware of the possibilities, she says. “Human cases are rare, but human cases are so bad. It’s useful to be alert to what could change.”