Trying to eat eco-friendly? These charts show how different diets could change the planet.

Not all countries can make a difference by cutting down red meat. 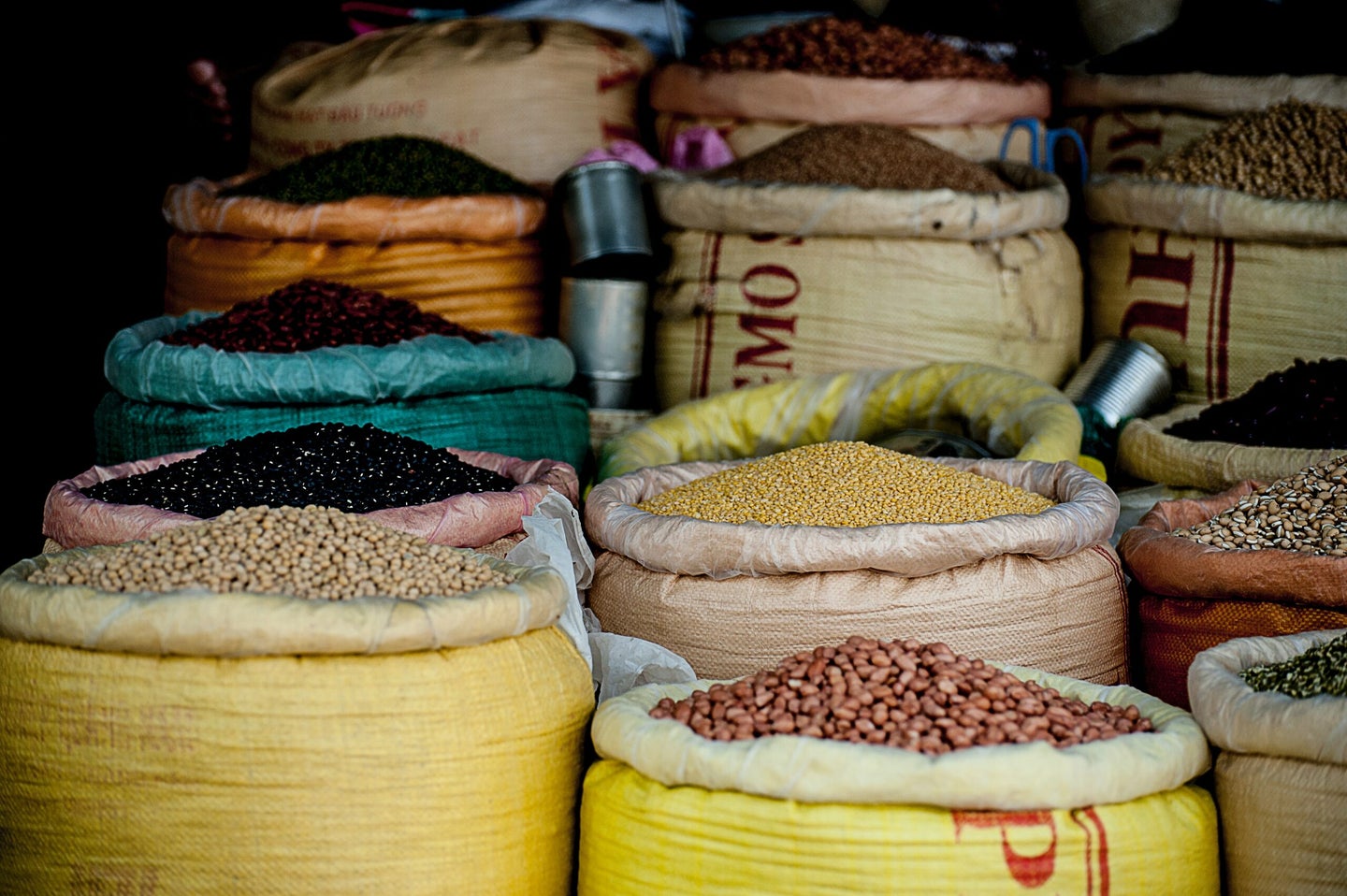 Millions of people eat foods that are bad for them and the planet. Fixing those diets could save lives and cut down on greenhouse gases, but the question is, how?

For years, researchers have been trying to model the impacts of switching over to plant-based mean plans. What they’ve found, though, is that the outcomes aren’t the same in developed nations with plentiful food versus those with chronic shortages. Now, a group of researchers mainly from Johns Hopkins Bloomberg School of Public Health shows those discrepancies on a country-by-country level in a recently published analysis in the journal Global Environmental Change.

For starters, the authors discovered that small changes, like having one meatless day a week or simply cutting back on red meat didn’t have the same desired effect across the globe. In fact, quite the opposite: They increased the carbon footprint of many nations, simply because the residents aren’t eating as many calories to begin with.

This graph may seem simple, there’s a complex model behind it all. To estimate how different diets would impact greenhouse gas emissions, the researchers first had to find every country’s baseline for the carbon footprint of the average diet. They then had to adjust that baseline to include 2,300 daily calories, the upper limit of an adult’s recommended energy intake. Wherever needed they also upped the protein dose to 69 grams per day (and carved out other calories to compensate).

For many countries, this caloric adjustment meant that overall food consumption—and especially protein consumption—went up, resulting in a net gain in emissions, too. That affected the different diet scenarios. For instance, as the team measured how meatless days or reducing red meat would change the planet, they realized that slight life adjustments wouldn’t do much good, mainly because cows are such big sources of methane (their burps and farts are clouding up our atmosphere). What’s more, the grass-chewing mammals don’t just cost the planet in terms of the pollution they spread; they also cost us by way of the food they eat.

That’s why the most carbon-cutting diets involve giving up cow, pig, sheep, and goat meat entirely. The most effective regimens, the authors learned, were veganism, which swaps meats out for plants, and a low-food-chain plan, which swaps them for insects, foraging fish, and bivalves. Animals that are low on the food chain don’t require a lot of feed-based agriculture, so their net emissions are generally low.

The study also shows that two-thirds veganism, where only one out of three meals include meat, is the third-best option, followed by pescetarianism. Eliminating dairy is next on the list: It’s nearly as good as cutting red meat, which shouldn’t come as a surprise, as dairy comes mostly from cows. Keeping dairy in along with eggs (lacto-ovo vegetarianism) isn’t great either, but it’s far better than low-meat or meatless days.

To make all of this even more complicated, the researchers also took a look at how the country of origin played a role in carbon efficiency. The ways in which food is farmed have huge impacts on the environment. Take beef as an example:

Paraguay’s beef has a per-kilogram impact that’s 17 times higher than that of Denmark’s beef, largely due to differences in agricultural practices, the authors explain. In Paraguay, Chile, Nicaragua, and Thailand (to some extent), most of the emissions result from widespread deforestation required to clear pasture land, not the cows themselves. On the flip side, countries at the low end of this chart are likely implementing healthier feeding practices. Better diets essentially allow cows to turn their food into muscle more efficiently, which works out to a lower volume of methane and carbon dioxide emissions per kilogram of meat.

Between differences in agriculture and diet, the degree to which any person’s food choices would impact greenhouse gas emissions can vary by where they live, too.

In countries emitting the highest volume of greenhouse gases, diets like veganism and low-food-chain items still win out—but in some places it’s clear that certain switches would be more meaningful than others. In India, for instance, where relatively little beef gets consumed, it won’t help much to cut red meat consumption. But cutting it in Brazil, where beef is both popular and emissions intensive, would help a lot.

But these are just the top emissions producers. There’s also much variability across the board with countries.

Countries in which low- or no-red-meat diets would still result in an emissions increase are at the end of the spectrum. That’s largely due to the fact that much of the world’s population doesn’t have access to protein-rich foods—or any food at all. Baseline protein was under the recommended levels for 49 percent of the countries in the study, and 36 percent weren’t meeting caloric recommendations. To get on a level playing field, countries with large, undernourished populations will require much more food production and that comes with increased, and of course necessary, emissions costs.

On the whole, low-food-chain and vegan diets had the biggest impacts across the boards, though adopting even a two-thirds vegan diet brought most countries under their emissions baseline.

All of this makes recommending one global diet a massive challenge. Plant-based and low-food-chain diets would help the world fix much of its nutrition, obesity, and climate change issues, but every country is approaching that end goal from very different starting points. Some will have to tackle the problem of providing more food for their citizens, while other have to focus on cutting down their already large footprints and making huge dietary shifts. It’s no small task, but understanding the problem through a layered study like this is the first step.